Light on the First Stars 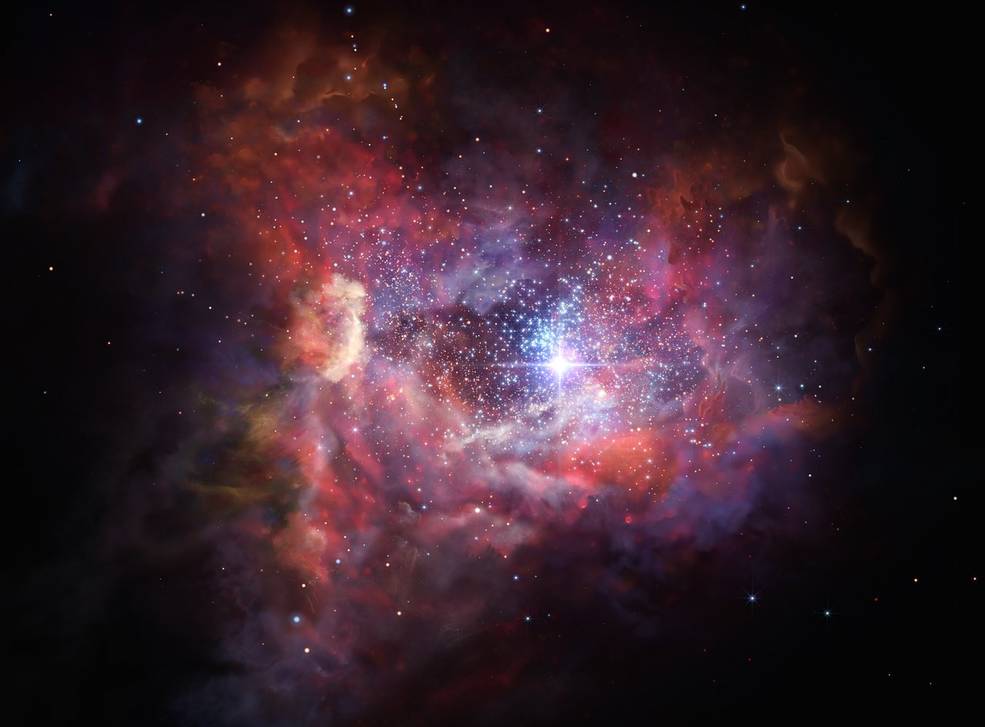 This artist’s impression shows what the very distant young galaxy A2744_YD4 might look like. Observations using ALMA have shown that this galaxy, seen when the universe was just 4 percent of its current age, is rich in dust.
Credits: ESO/M. Kornmesser
Astronomers have detected a huge mass of glowing stardust in a galaxy seen when the universe was only 4 percent of its present age. This galaxy was observed shortly after its formation and is the most distant galaxy in which dust has been detected. This observation is also the most distant detection of oxygen in the universe. These new results provide brand new insights into the births and explosive deaths of the very first stars.
An international team of astronomers, led by Nicolas Laporte of University College London, has used the Atacama Large Millimeter/submillimeter Array (ALMA) to observe A2744_YD4, the earliest and most remote galaxy the array has ever seen. They were surprised to find that this youthful galaxy contained an abundance of interstellar dust -- dust formed by the deaths of an earlier generation of stars. NASA's Spitzer and Hubble space telescopes were used in identifying this galaxy.
READ MORE FROM ESO
Elizabeth LandauJet Propulsion Laboratory, Pasadena, Calif.818-354-6425elizabeth.landau@jpl.nasa.gov
2017-066
Editor: Tony Greicius
Publicado por salud equitativa en 4:49