Hubble Peers into a 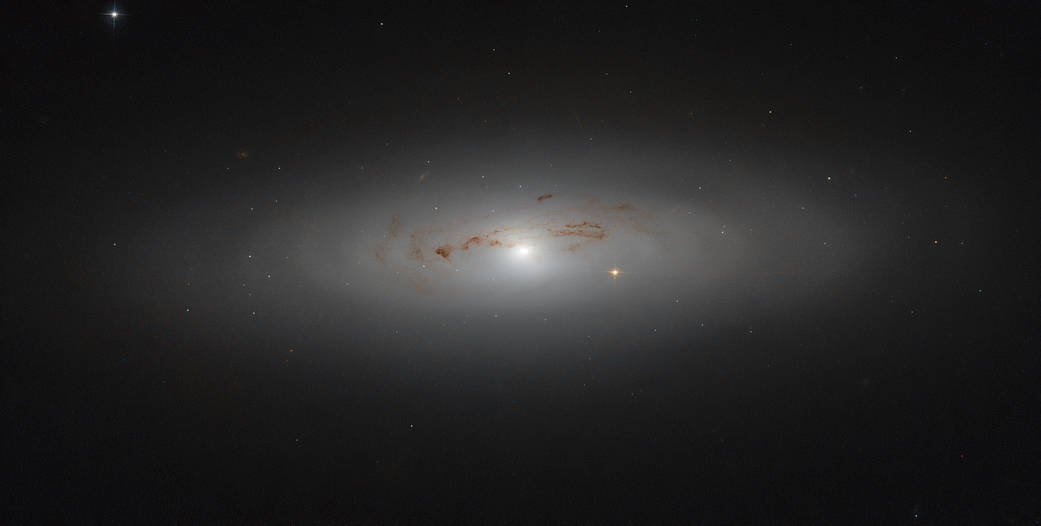 This NASA/ESA Hubble Space Telescope image showcases the galaxy NGC 4036, a lenticular galaxy some 70 million light-years away in the constellation of Ursa Major (the Great Bear).
This galaxy is known for its irregular lanes of dust, which form a swirling spiral pattern around the center of the galaxy. This core is surrounded by an extended, hazy aura of gas and dust that stretches farther out into space and causes the warm, fuzzy glow that can be seen here. The center itself is also intriguing; it is something known as a LINER-type (Low-Ionization Nuclear Emission-line Region) galactic nucleus, meaning that it displays particular emission lines within its spectrum. The particularly bright star visible slightly to the right of the galactic center is not within the galaxy itself; it sits between us and NGC 4036, adding a burst of brightness to the scene.
Due to its relative brightness, this galaxy can be seen using an amateur telescope, making it a favorite amongst backyard astronomers and astrophotography aficionados.
Credit: ESA/Hubble & NASA; Acknowledgment: Judy SchmidtText: European Space Agency (ESA)
Editor: Karl Hille
Publicado por salud equitativa en 6:55