Actor Imran Khan on being reluctant on camera and his new short film about India’s Mars Mission. Imran Khan
I never liked science, and never had an aptitude for it. I think it had something to do with the way it’s taught in our schools. My interest started to develop much later when I started reading and studying on my own,” says actor Imran Khan, while discussing his directorial debut, Mission Mars, a short 24-minute film based on India’s historic Mars Orbiter Mission, or Mangalyaan, which went into space in September 2014.
“The idea was to tell the tale of technological advancement, and progress, and Mangalyaan was a perfect example,” says Khan, who got this film through director Punit Malhotra of Dharma Productions. Malhotra was approached by alcohol brand Johnnie Walker for the same. “Punit knows that I am a geek and had followed the Mangalyaan mission very closely, so when he mentioned this, I jumped at the opportunity and volunteered. I had said, ‘there are better directors out there, but there is no one better than me for this particular project’,” says 35-year-old Khan.
The film shows Indian Space Research Organisation’s (ISRO) entire process — how the team of dedicated scientists conceived the project, did a series of permutations and combinations and then eventually launched the space probe in 2014, which has since been orbiting the red planet. The science has been kept simple, and easily comprehensible. “It’s a success story given the sheer economics of it – we made this happen with just about 74 million dollars, whereas NASA’s Mars orbiter cost about 672 million dollars,” adds Khan, who has also written the film. 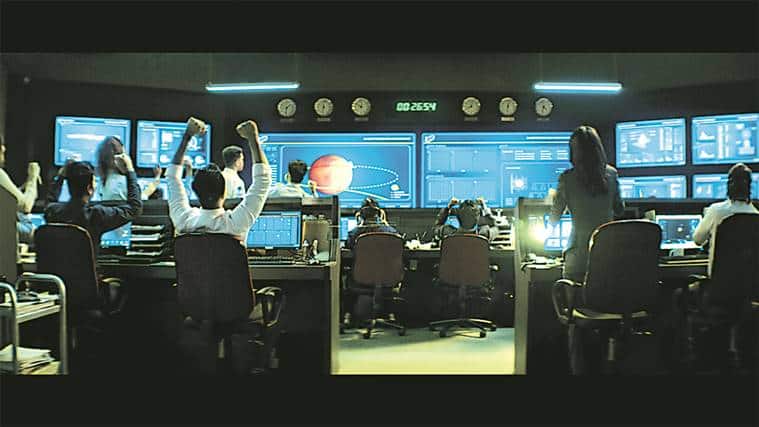 A still from Mission Mars
Khan says that writing and direction is something that he has been doing since he was 10. “I frankly never wanted to act. I have attended film school, trained in writing and direction. I found myself far more comfortable behind the camera, rather than in front of it. As an actor I would have this sneaky suspicion — if I have this in my grasp or not. I would second guess myself. As a director, I am functioning instinctively,” he says. Khan is keen to direct more, and is happy about the up and coming formats of storytelling like short films, which enable good content. “Our entire model of content creation and consumption has changed. We have gone far away from just the movies/TV shows gambit. Now, if you only have half an hour on your lunch break – you have an option to stream something that fits your time frame and taste. We now have to stop thinking within the constraints of the cinema hall — for a three hour film, and a weekday half hour TV Show,” he adds.
Questions about his return to the big screen as an actor are inevitable. But the reluctance is evident. “As an actor I was never truly excited or convinced by the work that I was doing and I say this with no disrespect. So many times I would look around and ask ‘why are we doing this’? And when your film is not well-received, it burns you in a different way, because the actor has spent every day on the set, and has shared his apprehensions. But then I am the face of the film, and I am quite tired of taking flak for other people’s mistakes,” he says.
Publicado por salud equitativa en 6:04