Krishna Janmashtami 2018: While the festival is a time of celebration and fun with beautifully decorated jhoolas, raas lila performances and Dahi Handi competitions, the legend behind Lord Krishna’s birth is a fascinating one. 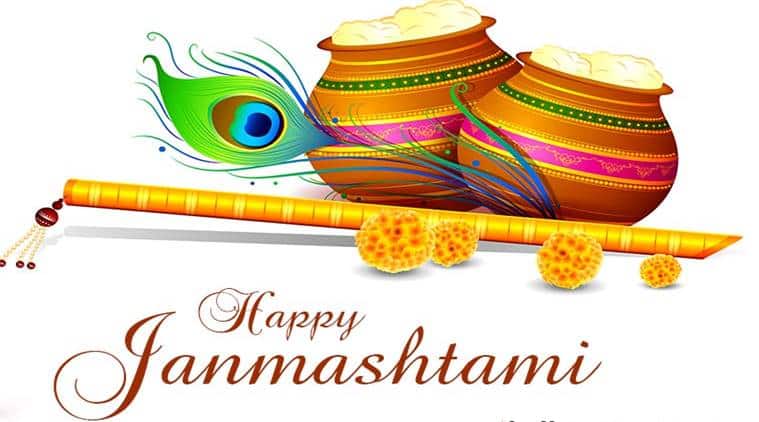 Janmashtami 2018: Know the history and signifance of this festival. (Source: FilePhoto)
2018 Krishna Janmashtami: Janmashtami marks the birth anniversary of one of the most worshiped Hindu gods – Lord Krishna. Celebrated with great fervour in India and abroad, it is observed on the eighth day of the month of Bhadra, as per the Hindu Calendar.
Lord Krishna was believed to be born on the eighth day (ashtami) of the Krishna Paksha (dark fortnight) of the month of Bhadrapad (August – September), according to the Hindu calendar. He is considered to be the eighth avatar of Lord Vishnu. In Sanskrit, the ‘eighth day’ translates to ‘Ashtami’. This is where the word ‘Janmashtami’ comes from. This year, the festival of Janmashtami will be observed on September 2.
While the festival is a time of celebration and fun with beautifully decorated jhoolas, raas lila performances and Dahi Handi competitions, the legend behind Lord Krishna’s birth is a fascinating one.

It is believed that Lord Krishna, who was born roughly 5000 years back, is the eighth incarnation of Lord Vishnu. The earliest mention of Lord Krishna can be found in the epic of Mahabharata, where several stories revolve around Lord Krishna himself.
The eighth son to Devaki and Vasudeva of the Yadava clan, Krishna’s birth was not welcomed by his uncle Kansa. Kansa had his reasons – the great sage Narada told Kansa that he would die in the hands of the eighth child born of Devaki and Vasudeva. This filled Kansa with anxiety and anger and he made up his mind to kill Krishna. So, Krishna’s father, Vasudeva, took him to Gokul, where he grew up with foster parents Nanda and Yashoda.
According to mythological stories, Krishna overthrew the tyrant King Kansa later after dodging several assassination attempts by him.

In one of the paragraphs of the Bhagavad Gita, Krishna says that whenever there is be a predominance of evil and decline of religion, he will reincarnate to destroy the evil and let the good take over. The main significance of Janmashtami is to promote goodwill as it is to knock down evil intentions. Krishna Jayanti also celebrates togetherness. The festive occasion brings people together when families and friends join in to celebrate it.
Publicado por salud equitativa en 10:00