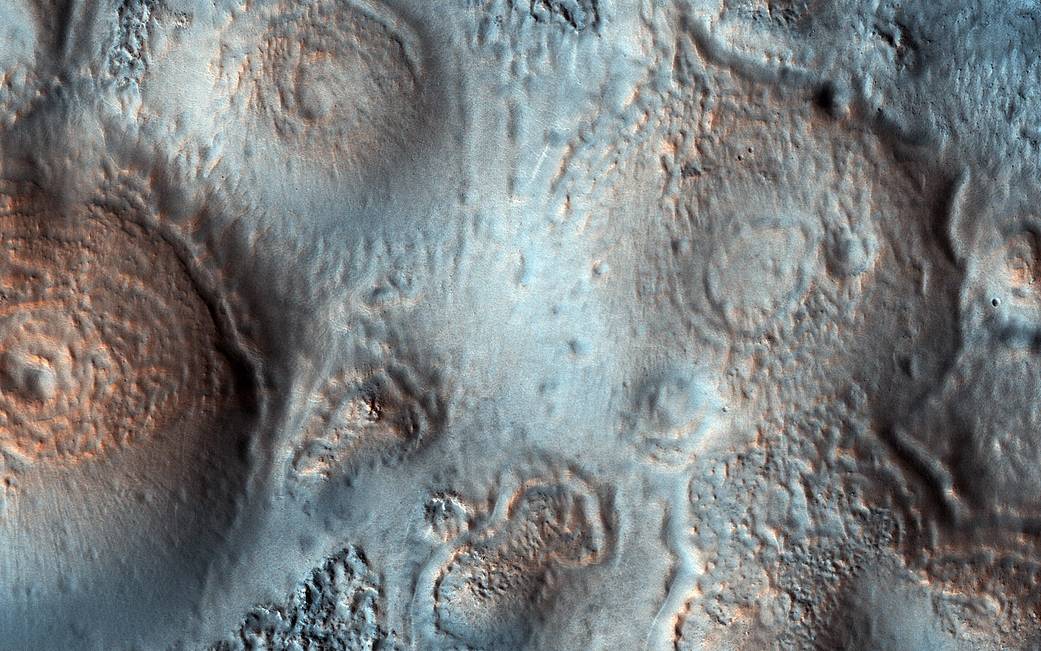 This image was acquired on May 15, 2018 by NASA's Mars Reconnaissance Orbiter. This observation shows relatively bright mounds scattered throughout darker and diverse surfaces in Chryse Planitia. These mounds are hundreds of meters in size. The largest of the mounds shows a central pit, similar to the collapsed craters found at the summit of some volcanoes on Earth. The origins of these pitted mounds or cratered cones are uncertain. They could be the result of the interaction of lava and water, or perhaps formed from the eruption of hot mud originating from beneath the surface.
These features are very interesting to scientists who study Mars, especially to those involved in the ExoMars Trace Gas Orbiter mission. If these mounds are indeed mud-related, they may be one of the long sought after sources for transient methane on Mars.
The University of Arizona, Tucson, operates HiRISE, which was built by Ball Aerospace & Technologies Corp., Boulder, Colorado. NASA's Jet Propulsion Laboratory, a division of Caltech in Pasadena, California, manages the Mars Reconnaissance Orbiter Project for NASA's Science Mission Directorate, Washington.
Image credit: NASA/JPL-Caltech/Univ. of Arizona
Image download options
Editor: Tony Greicius
Publicado por salud equitativa en 11:15