Plan a Battle | The Indian Express

Plan a Battle | The Indian Express 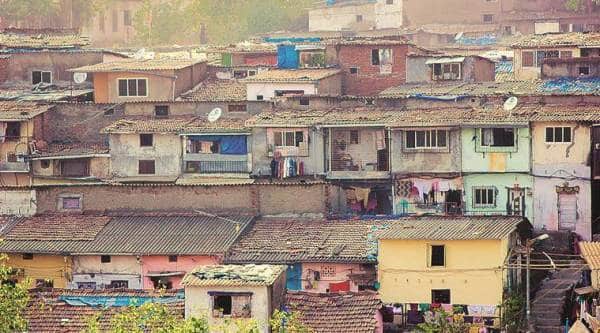 The story of Narasimha, a Vishnu avatar, is a story of intellect and wit. To defeat Hiranakashipu, who was invincible, Narasimha had to conquer him over the threshold between day and night, ground and sky. While mythological stories remain totem poles in the urban context, it’s undoubtedly a fight to tackle compelling issues of our cities. Be it the redevelopment of government housing in Delhi, the reimagining of the Buckingham Canal in Chennai, or improving liveability of affordable houses across the country — architectural competitions seem to be the only thresholds at which such battles can be led.
Over the past few months, professional bodies of architecture in India have been announcing competitions, to open up ideas, dialogue and alternatives to present urban scenarios. The Institute of Urban Designers India (IUDI) — a national level association of urban design professionals, academicians and practitioners — called for a design challenge for the “Redevelopment of Sarojini Nagar”.
The civic uproar of government housing in Delhi has pointed to two fundamental failings in the system. Firstly, the lack of people’s involvement in decision-making, and secondly, the man-nature divide, where levelling the ground also means bulldozing trees, context and memories. It is against this backdrop that the IUDI competition finds merit. “The aim is to address larger concerns on the development models pursued by the agencies in the absence of comprehensive interdisciplinary studies. Future growth should be people-centric, sustainable, financially viable and holistic, addressing the ground realities of our cities,” says architect and urban designer Amit Hajela, former National Secretary, IUDI. Open to architects, urban designers and landscape architects, the competition hopes to present innovative approaches that are anchored in the reality of the city’s context.
“Competitions bring out imaginative solutions for our urban landscape. It also helps to get the best minds to work on projects,” says architect Raj Rewal.
Ahmedabad-based architect Kirtee Shah, Founder President, Habitat Forum (INHAF), has challenged professionals to make low-income housing projects more people-centric through the competition “Improving Liveability of Small Houses”. “It’s not a conventional competition. We are not asking them to design something new. A participant has to propose an existing housing project, done either by private builders or the state, and redesign it. The other aspect is that they get to change the building bye-laws of the project. This is something no competition has done before. I believe building bye-laws kill creativity. Lastly, the competition expects that participants present two live case studies and document the innovations in them. Go see how people live in small apartments and the kind of challenges they face,” says Shah.
“Housing has become a ‘square feet’ business. It doesn’t associate with people anymore. Housing means family, relationships, neighbourhoods. There is the complete black-out of social aspects these days,” says Shah. He hopes to take the winning entries to the state and central government officials and show them the different ideas possible in housing.
Meanwhile, in Chennai, the manmade Buckingham Canal has been chosen as a site of design intervention for the Cities Fit for Climate Change project. The “Eyes on the Canal” competition centred on the 3.5 km stretch between Kotturpuram and Thiruvanmiyur metro stations, south of the Adyar river, is where participants will have to upgrade public spaces and provide holistic solutions for urban development.
While in the past, the state has been the primary mover of competitions in its institution building capacity, the lack of political will, and dearth of public and professional participation has led to inert and uninspiring cityscapes. Here’s hoping that competitions will lead the fight.
Publicado por salud equitativa en 11:33