Rites of Passage | The Indian Express

Rites of Passage | The Indian Express 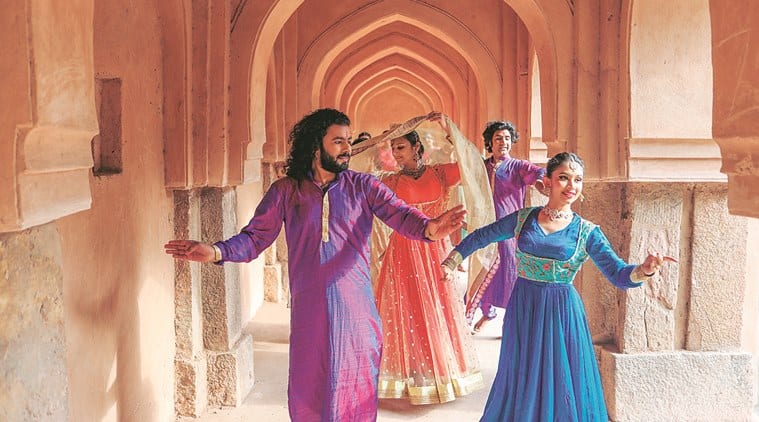 Astha Dixit with her troupe
Tucked away in a huge basement in Delhi’s Saidulajab is Imperial Fernando Ballet Company. About a month old, the space boasts of world-class dance studios for learning and rehearsals. In one of these studios, Meriinsky (named after Saint Petersburg’s famed concert hall for opera and ballet), located right across the one called Bolshoi, around 10 young men and women are flinging themselves in the air without any reservation. They land on their knees, uninhibited. They contract, release, falter, get up and start all over again. Soon they get into a session of pure Kathak, posting the aamad (entrance) and following the basic rituals of tatkaar (syllables produced), while they stomp their feet on the concrete and return to the sam (first beat of the time cycle).
The young dancers, most of whom are graduates from Delhi’s Kathak Kendra, are being guided by Kathak dancer Astha Dixit for her new production, a musical titled In Search of Love. Divided into three sections, the production tries to showcase myriad colours of love — from the world of a courtesan’s unfulfilled love to that of a jogan’s, who has renounced herself in search of love, to that of a modern-day traveller looking for that eternal moment in life that encompasses unique tenderness. While the dancers try to find precision and bhaav, Dixit soon enters with an abundance of both. The dancers follow her direction. “The entire production moves from old to the new, from traditional Kathak parans to contemporary fall and rise. Most of my dancers are pure Kathak dancers, so it was very interesting for all of them to learn a new form and fascinating for me to watch,” says Delhi-based Dixit, a dancer in her 30s, who came under the limelight after being presented by Muzaffar Ali at his festival Jahan-e-Khusrau in 2013. The rigorous rehearsal, which has been on for a year, was for the premiere of the production, which was showcased at Kamani Auditorium last week. 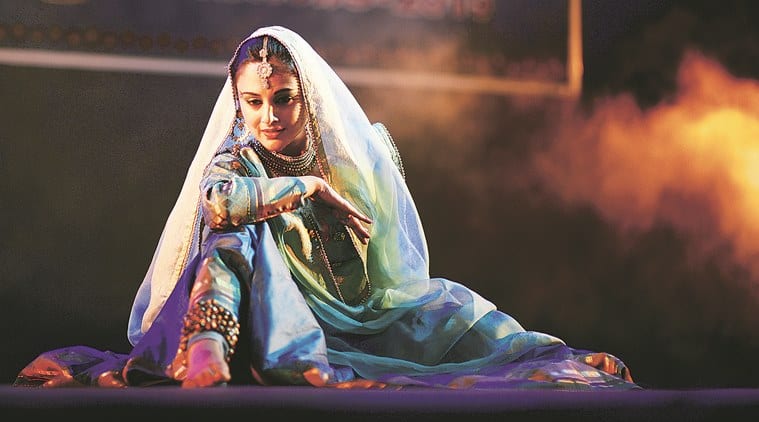 Kathak dancer Astha Dixit
At Ali’s festival, Dixit had created dance compositions based on qalams by Nazir Akbarabadi. Since her work on Sufi poetry in 2013, she has been inspired by Sufi poets. She recites Persian couplets during the conversation too. “The Sufi thought, the poetry, all of it inspired me in a way that I decided to make it an extension of my dance,” says Dixit, who grew up in Los Angeles and learned Kathak from a young age. She studied computers and began working in the same field in the US until she felt extremely dissatisfied with work and craved to dance professionally. “I never stopped learning. Even when I was in college, I was learning. That helped in what was to come,” says Dixit, who quit soon after and formed her own dance company and presented blends of traditional Indian dance adapted for modern audiences. The tours got her dance company a gig with pop singer Christina Aguilera, where they worked together in a Pepsi commercial.
“But I wanted to learn more, train more and understand the nuances in India,” says Dixit, who then came to Delhi and began learning from Malti Shyam of the Lucknow gharana. She also trained under the popular Jaipur gharana Kathak exponent Rajendra Gangani and learned nuances of bhaav from Pt Birju Maharaj. This got her the exposure to work in the productions of other legendary dancers such as Kumudini Lakhia. After dancing in traditional Kathak productions, Dixit decided to extend it through the Sufi route. “Sufi poetry had an immense effect on me. It spoke to me the way not a lot of things had. A lot of credit for this goes to Muzaffar Ali,” says Dixit, who has portrayed Sufi poetry through Kathak and also extended her dance to interpret Buddhist haikus. Dixit is now planning to travel around the country with In Search of Love.
Publicado por salud equitativa en 6:39