RSS detested Ambedkar in his lifetime but now must praise him: Ramchandra Guha | The Indian Express

RSS detested Ambedkar in his lifetime but now must praise him: Ramchandra Guha | The Indian Express

RSS detested Ambedkar in his lifetime but now must praise him: Ramchandra Guha

Ramachandra Guha on the second volume of his biography on Mahatma Gandhi, the cost of criticising the incumbent government and why Dalits are a major political force today. 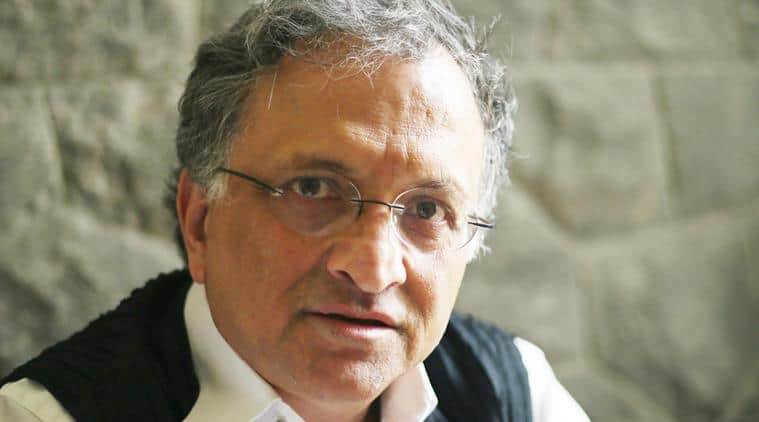 Ramachandra Guha (Express Photo/Tashi Tobgyal)
Ramachandra Guha on the second volume of his biography on Mahatma Gandhi, the cost of criticising the incumbent government and why Dalits are a major political force today.
Gandhi: The Years That Changed the World is the second volume of your biography. What aspects of Mahatma Gandhi’s life and politics did you wish to foreground in it?
This is a book based on many things apart from the Collected Works of Mahatma Gandhi. It draws on new material — a tranche of letters to Gandhi I found in the Sabarmati Ashram, government documents, intelligence reports, newspaper accounts, cartoons. I have tried to illuminate Gandhi from many perspectives.
One very crucial thing about the craft of biography, which not all biographers recognise, is the cast of secondary characters. Mahadev Desai, his self-effacing secretary, is central to this book. He was, in many ways, more important than Nehru and Patel. He was with Gandhi all the time. I hope I have been able to flesh out his character a little more. Then, there was Gandhi’s relationship with Saraladevi Chaudhurani, Rabindranath Tagore’s niece. People had written about their relationship before, but in a very prim way. But obviously, he was in love with her. And probably she was too. For at least a year, from late 1919 to late 1920, it was very intense. He was dreaming of her. He writes to her, ‘When are you coming back?’
Third, in this book, unlike older narratives, Ambedkar is much more important in Gandhi’s life than Jinnah. Mahatma Gandhi participating in a mass spinning ceremony on his 78th birthday in New Delhi (Express Archive)
How did Ambedkar’s critique lead to a change in Gandhi’s thinking on caste?
The first person to push him to re-examine his thinking on caste was Shree Narayana Guru and his temple-entry movement. This is something very important for any student of Gandhi to understand—his capacity to absorb, integrate and move on. You must never freeze him.
Ambedkar did push him and he recognised the force of that challenge. In 1933, he embarks on a countrywide anti-untouchability tour, which is largely ignored by his colleagues in the Congress. It was done because he was provoked and stunned by Ambedkar’s criticism. For him, that tour was as important as the Salt March three years before. And he was disappointed that it didn’t have that much of an effect.
In hindsight, was Gandhi wrong in having insisted Ambedkar agree to the Poona Pact?
It is undeniable that Gandhi coerced Ambedkar into signing the pact. The other part is more problematic. There is no clear answer in 2018 as to whether separate electorates would have helped Dalits. Separate electorates ghettoise you but they probably mean that you get the leader you want, not the leader upper castes want. But you don’t influence upper-caste voting. With joint electorates, Dalits are a major political force across the country today. The RSS detested Ambedkar in his lifetime, but Narendra Modi and the RSS have now to praise him and seek to coopt Dalits.
The Hindu right wing—then and now—blame Gandhi for Partition, and that’s why Nathuram Godse killed him. As a historian, do you think is an accurate assessment?
As a historian, I have documents on what the RSS was saying about him at the time. There is a section in the book where I quote MS Golwalkar saying, ‘We will have people like him silenced.’
Even sensible right-wingers don’t hold the view that Gandhi could have avoided Partition. The loss of life could have been minimised if Lord Mountbatten had not delayed it, if the exchange of administrative staff had taken place before the Parition, etc. Gandhi did all he could to keep Hindus and Muslims together. His martyrdom saved India. It horrified the Hindus, and it gave Muslims breathing space for some more time. And, of course, the Congress leadership was shamed into doing more. But that the RSS detested Gandhi, whether or not Godse was a freelancer or acting on instructions, is uncontestable.
The RSS and the BJP also cite Gandhi when it comes to their agenda of cow slaughter, and emphasis on Hindi.
Gandhi worshipped the cow, but he was absolutely clear that it should be absolutely voluntary, and no violence should be used against Muslims. On Hindi, he would have liked all of India to learn it, but he was totally committed to linguistic states.