Where’s the Remote? | The Indian Express

Where’s the Remote? | The Indian Express

Democracy was supposed to give power to the people. Instead, it has conferred sweeping powers on the executive

The power dynamic of democracy has, over the years, shifted away from the legislature. (Express photo by Prem Nath Pandey)
Book: Good Government: Democracy Beyond ElectionsWriter: Pierre RosanvallonPublisher: Harvard University Press Pages: 352 Price: Rs 799
“Our regimes are democratic, but we are not governed democratically.” This pithy opening sentence defines the problem for this magnificent account of the history of democracy. The specific paradox that makes democracies less democratic is this: everywhere democracy was meant to empower the people; instead, it seems to have empowered very strong executives in the name of the people. The rise of democracy has really been the rise of executive power. Democracy has become, mostly, a mode of authorisation, not a mode of governance.
The rise of executive power is a feature of all democracies, irrespective of electoral form. Both presidential and parliamentary forms of government have succumbed to the same affliction. Legislatures have become less potent and the bulk of governance is through executive action. The political theorist Eric Nelson had once remarked that the American revolution gave America kings without monarchy, while the other side of the Atlantic had monarchy without kings. But if this brilliant and clear history of Euro-American democracy is to be believed, the postcard that was meant to deliver the message of “the power is now in your hands” to the people, was delivered to the executive instead.
The book deftly blends four different registers: a conceptual register that charts the different normative conceptions of democracy; an institutional register that looks at different failed arrangements over the 19th and 20th century to tame executive power; a historical register that looks at significant episodes, from Napoleon to the Weimar era, that created local pressures for enhancing executive power; and a more sociological register that looks at some of the deeper forces that make executive power all but inevitable. 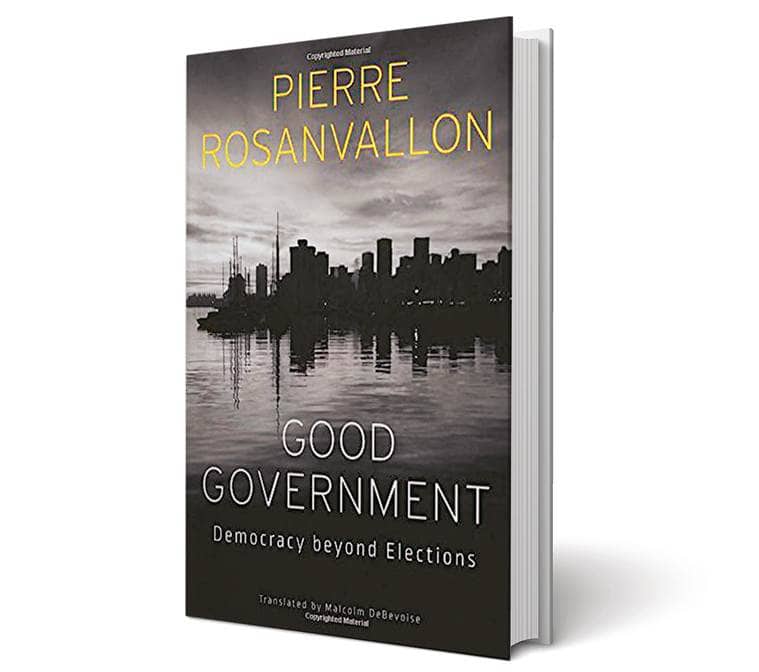 The standard contrast in political theory between executive action and legislation, turns on the contrast between generality and particularity. We dream of a state governed by rule of law, embodying the idea that law should be absolutely general. Its generality secured the common good, made sure it was not hostage to particular interests and each of us participated in producing laws that applied to all. In contrast, executive action was always particular, favouring one idea or another, one group or interest. Rosanvallon argues that this distinction has almost completely broken down and even what we think of as legislation is shaped by growing executive power. The sources of this rise of executive power are varied. Traditionally, prerogative — or the need to give executive discretion so that it can preserve the foundations of the state — was seen as an exception. But — and Rosanvallon underplays this argument slightly, with all the states perpetually seeing themselves under national security threats — executives have become permanently empowered.
Changing conceptions of the economy have sidelined older conceptions of generality in law. Three ideas have increased the scope of executive power: the idea that the economy is a series of variables on which expert knowledge can be applied, the welfare functions of the state, and, the state as an active manager of particular interests, where social mediation requires attending to particularity. Paradoxically, all three have the effect of producing conceptions of the state that prioritise the production of results more than the generality of legislation. Rosanvallon’s discussion is powerful and compelling but it could have, perhaps, engaged more with the complexities of the administrative state. Many would argue that the sidelining of legislatures has not just led to the rise of executive power, but a third mode of governance: the rise of the regulatory state. The regulatory state tries to combine the generality and rule-of-law functions of a legislature, without the imprimatur of popular authorisation. On the other hand, regulation is not quite reducible to executive discretion.
But, as the state grows more complex, the democratic public reinforces the executive because of their need to personify power. For all the abstract attractions of rule of law, it is much easier for democracy to trade in the idea that someone is in charge — that power has a face. For all our homage to rule of law, not rule of men, we think we can hold men responsible, not laws. Personification of power is a democracy’s yearning for simplicity.
Finally, the centrality of persuasion in democracy means it is also open to manipulation and seduction. Rosanvallon quotes one of Napoleon III advisers, Maurice Joly, who has an imagined Machiavelli say this, “My scheme envisions the neutralising of the press by the press itself. Because journalism wields great power, do you know what my government will do? It will become like them. It will become journalism incarnate. Like God Vishnu my press will have a hundred arms, and these arms will stretch out their hand to every shape of opinion. Everyone will be my party without knowing it. Those who think they speak their own language will be speaking mine, those who think they are marching under their own banner will be marching under mine. I will be able to say that I direct opinion at will on all questions of external and internal policy. I awaken people’s minds or lull them to sleep. I reassure them or confuse them. I plead for and against, the true and the false.”
Sounds familiar? Of such ambitions is modern executive power made. Good Government will seal Rosanvallon’s reputation as the foremost thinker on democracy and the diagnostician of its present crisis.
Pratap Bhanu Mehta is vice-chancellor of Ashoka University
Publicado por salud equitativa en 6:47