Cassini Sees Heat Below the Icy Surface of Enceladus | NASA

the Icy Surface of Enceladus 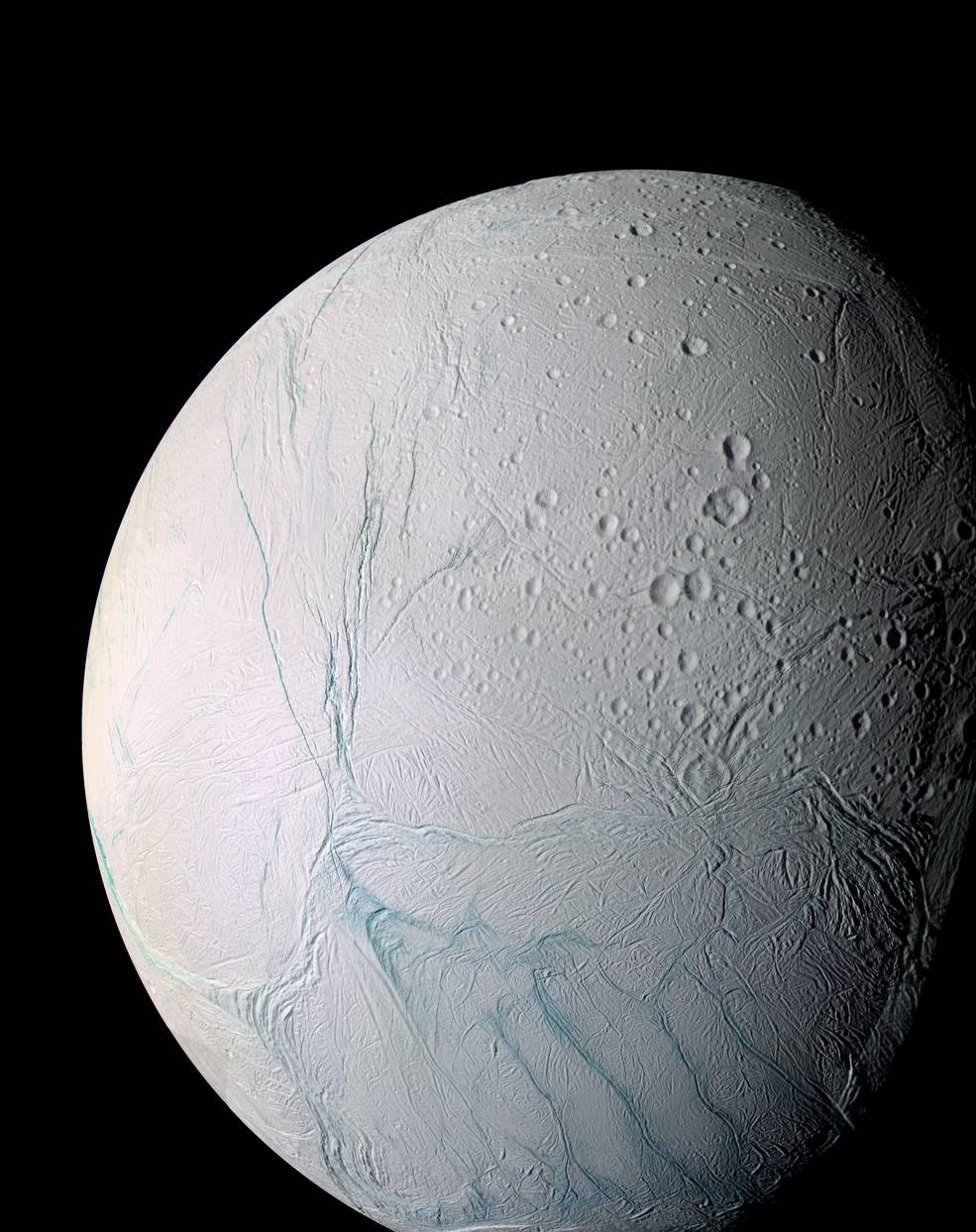 This enhanced-color Cassini view of southern latitudes on Enceladus features the bluish "tiger stripe" fractures that rip across the south polar region.
Credits: NASA/JPL-Caltech/Space Science Institute
Full image and caption
A new study in the journal Nature Astronomy reports that the south polar region of Saturn's icy moon Enceladus is warmer than expected just a few feet below its icy surface. This suggests that Enceladus' ocean of liquid water might be only a couple of miles beneath this region -- closer to the surface than previously thought.
The excess heat is especially pronounced over three fractures that are not unlike the "tiger stripes" -- prominent, actively venting fractures that slice across the pole -- except that they don't appear to be active at the moment. Seemingly dormant fractures lying above the moon's warm, underground sea point to the dynamic character of Enceladus' geology, suggesting the moon might have experienced several episodes of activity, in different places on its surface.
The finding agrees with the results of a 2016 study by a team independent of the Cassini mission that estimated the thickness of Enceladus' icy crust. The studies indicate an average depth for the ice shell of 11 to 14 miles (18 to 22 kilometers), with a thickness of less than 3 miles (5 kilometers) at the south pole.
"Finding temperatures near these three inactive fractures that are unexpectedly higher than those outside them adds to the intrigue of Enceladus," said Cassini Project Scientist Linda Spilker at NASA's Jet Propulsion Laboratory, Pasadena, California. "What is the warm underground ocean really like and could life have evolved there? These questions remain to be answered by future missions to this ocean world."
More information about this study is available from ESA, the European Space Agency, at:
http://sci.esa.int/cassini-huygens/58877-enceladus-south-pole-is-warm-under-the-frost
Preston Dyches      Jet Propulsion Laboratory, Pasadena, Calif.818-354-7013preston.dyches@jpl.nasa.gov
2017-068
Editor: Tony Greicius
Publicado por salud equitativa en 9:28