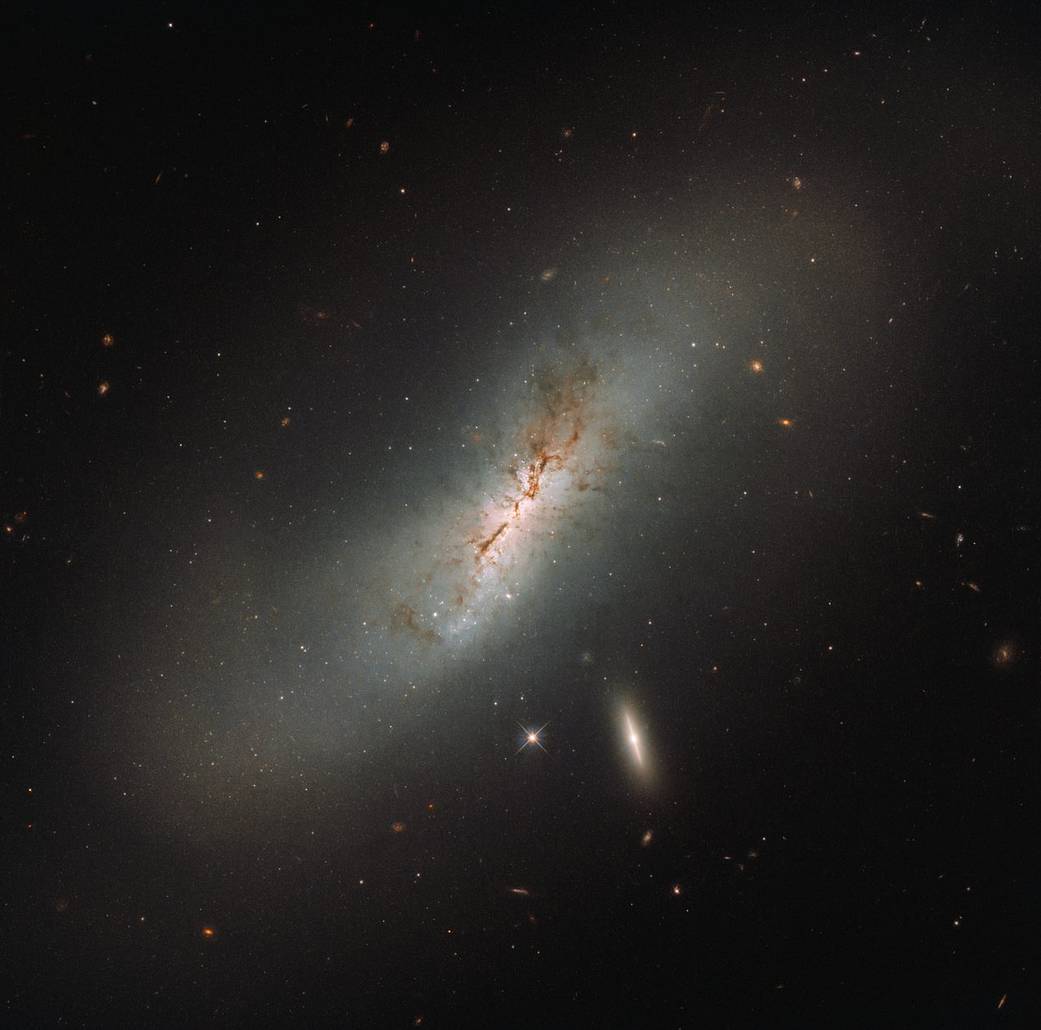 Got a stellar Hubble image on a T-shirt? Or maybe you’ve spotted a Hubble tattoo! Share your photos on Instagram, Twitter, Flickr and Facebook with #SpotHubble and maybe you’ll get a shout-out from @NASAHubble!
Credits: NASA's Goddard Space Flight Center/Jenny Hottle
Learn More about #SpotHubble
Some astronomical objects have endearing or quirky nicknames, inspired by mythology or their own appearance. Take, for example, the constellation of Orion (The Hunter), the Sombrero Galaxy, the Horsehead Nebula, or even the Milky Way. However, the vast majority of cosmic objects appear in astronomical catalogs and are given rather less poetic names based on the order of their discovery.
Two galaxies are clearly visible in this Hubble image, the larger of which is NGC 4424. This galaxy is cataloged in the New General Catalog of Nebulae and Clusters of Stars (NGC), which was compiled in 1888. The NGC is one of the largest astronomical catalogs, which is why so many Hubble Pictures of the Week feature NGC objects. In total there are 7,840 entries in the catalog and they are also generally the larger, brighter, and more eye-catching objects in the night sky, and hence the ones more easily spotted by early stargazers.
The smaller, flatter, bright galaxy sitting just below NGC 4424 is named LEDA 213994. The Lyon-Meudon Extragalactic Database (LEDA) is far more modern than the NGC and contains millions of objects.
Many NGC objects still go by their initial names simply because they were christened within the NGC first. However, since astronomers can't resist a good acronym and “Leda” is more appealing than “the LMED,” the smaller galaxy is called "Leda." Leda was a princess in Ancient Greek mythology.
Text credit: European Space AgencyImage credit: ESA/Hubble & NASA
Editor: Karl Hille
Publicado por salud equitativa en 12:43