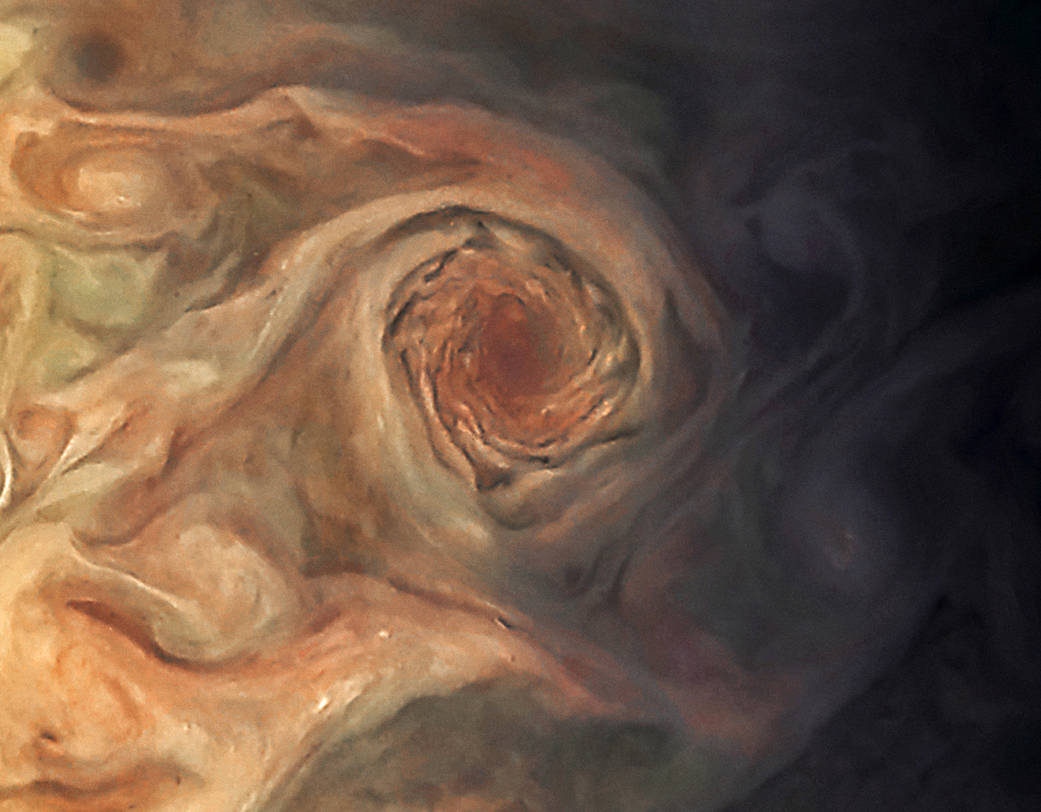 This image, taken by the JunoCam imager on NASA’s Juno spacecraft, highlights a swirling storm just south of one of the white oval storms on Jupiter.
The image was taken on March 27, 2017, at 2:12 a.m. PDT (5:12 a.m. EDT), as the Juno spacecraft performed a close flyby of Jupiter. At the time the image was taken, the spacecraft was about 12,400 miles (20,000 kilometers) from the planet.
Citizen scientist Jason Major enhanced the color and contrast in this image, turning the picture into a Jovian work of art. He then cropped it to focus our attention on this beautiful example of Jupiter’s spinning storms.
JunoCam's raw images are available for the public to peruse and process into image products at:
www.missionjuno.swri.edu/junocam
More information about Juno is at:
http://www.nasa.gov/juno and http://missionjuno.swri.edu
Credits: NASA/JPL-Caltech/SwRI/MSSS/Jason Major
Editor: Tony Greicius
Publicado por salud equitativa en 12:36