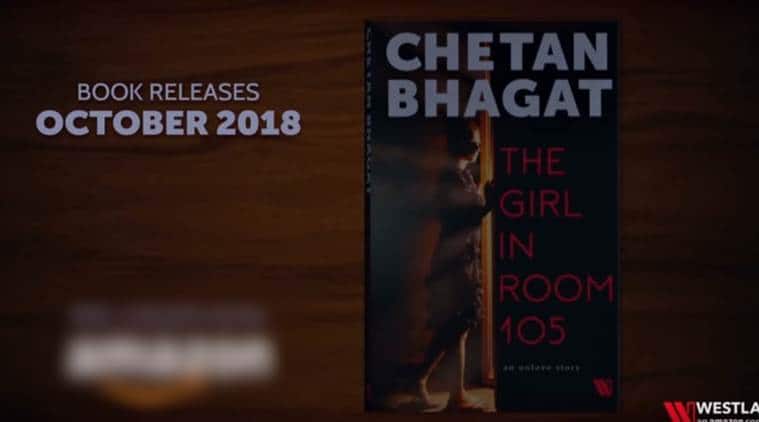 Author Chetan Bhagat has described his new book as a ‘fun thriller’.
Celebrated author Chetan Bhagat on Monday launched the trailer of his new upcoming book, titled “The Girl in Room 105: An Unlove story”. The trailer of Bhagat’s highly-anticipated novel was released along with its title and cover via Facebook Livestream here in Mumbai.
“This time I have departed from the typical Chetan Bhagat love story. It is an unlove story. I think love is great — I may have pushed it too much — but sometimes in life you have to unlove… we all have (had) situation where we have to unlove someone.
“It is a movie-style promo. Such promos for books does not exist, I have to again and again explain to people that you have to read the book to figure out what happened… because the joy of books is something else,” said the author during the launch.
The trailer suggests a plot about a boy called Keshav Rajpurohit from a conservative family, who faces an unexpected turn of events when he goes to visit his ex-girlfriend Zara Lone, a Kashmiri Muslim, in her room.
The plot also involves a thriller-like format – a first for the author. “This is story about a boy who tries to unlove his ex-girlfriend and ends up getting involved in something far bigger,” Bhagat added.
The trailer, which features actor Vikrant Massey, is filmed by director Mohit Suri. Last year, Mohit Suri had directed the screen adaptation of Chetan Bhagat’s best-selling novel, “Half Girlfriend”, with Arjun Kapoor and Shraddha Kapoor as lead actors.
Launched on the occasion of Krishna Janmashtami, the book’s protagonist ‘Keshav’ is named after Lord Krishna himself.
However, to this the author clarified that it’s just not a “co-incidence” as all the leading men in his novel were named after Lord Krishna only. “It is intentional. It can’t be eight times co-incidence. I like Krishna. I am a devotee of Krishna,” he said.
Bhagat has authored nine books, which includes seven novels and two non-fiction titles. The book, which Bhagat described as a “fun thriller”, is his first of the six-book global deal that Amazon Publishing announced with the author in April this year.
“I am excited to explore the thriller genre for the first time and readers who have previewed the book have given a fantastic response to it,” said Bhagat.
Published by Westland Books, “The Girl in Room 105: An Unlove story” will hit the stands on October 9 and is available for pre-order online.
Publicado por salud equitativa en 7:47