Expanding The Boundaries | The Indian Express

Expanding The Boundaries | The Indian Express

By going deeper and bringing innovations into the tradition, you do not break the boundaries but expand them,” says Bhate, a performer, teacher, choreographer, artistic director, and thinker. 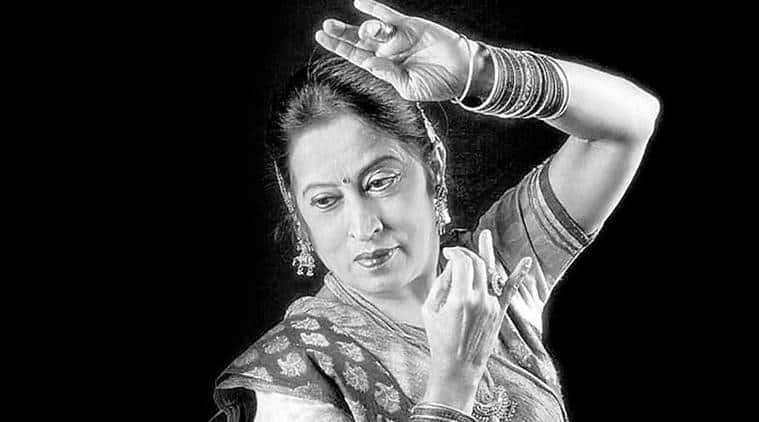 Shama Bhate
By Arti Chouhan and Alex Binoy
While most classical artistes swear by tradition and believe that any dilution is equivalent to committing blasphemy, guru Shama Bhate, one of the foremost Kathak dancers in the country, has a different take. “I think any tradition needs to be redefined otherwise it would turn fragile with time. I don’t believe experimentation dilutes or compromises our traditions. But you have to be careful. You have to first know your tradition well, then you can experiment. When I first heard jazz, my ears were so used to Indian music and instruments like sitar and tabla that I couldn’t connect with it, but slowly I began to understand, connect and relate to it, and slowly my kathak movement got modified to a different sensitivity.
By going deeper and bringing innovations into the tradition, you do not break the boundaries but expand them,” says Bhate, a performer, teacher, choreographer, artistic director, and thinker, who has been experimenting with the classical dance form of kathak with her own idioms, blending it with special inputs in taal and laya.
On Saturday, September 1, Bhate will present her latest choreography Echoes of Inner Voice, focusing on bhaav and abhinaya through five stories, at Annabhau Sathe Auditorium, Padmavati, Pune. Having trained numerous kathak dancers, who are now performing independently in India and abroad, Bhate runs her academy, Nadroop in Pune. In the three decades of starting her academy, she has been witness to the changes in the industry. For one, the number of students has risen exponentially but not all of them are serious about making dance a career.
“When I started my school, the number of programmes were few, dancers were fewer, and very few formal platforms existed. Now, in every locality there is a dance school. And with technology, a number of things have changed too. At my time, there was no advanced sound systems, no monitors. Now, even the stage set up and performance time have changed. Also, earlier, we would perform non-stop for two hours, now the students get only around 30 to 40 minutes. And then, people have started experimenting with different music. For instance, south Indian dancers are using north Indian music.”
What has also changed is the guru-shishya tradition, one that she has lived through, with her guru and mother-in-law, the late Kathak exponent Rohini Bhate. “In this fast moving world, people have no time. The parampara has changed. But even now, the guru feels responsible for a student’s growth, for her well-being. I never see that in any other discipline, only in classical music and dance.”
Asked about the difficulties faced by classical dancers nowadays, she says , “People say that the entertainment industry in Bombay is an impediment to classical dance. I don’t believe classical dance is entertainment. It is a performing art for self-expression or a form of worship but it definitely is not entertainment. For example, if someone comes to us and says they want to dance to a Bollywood song or for entertainment, it wouldn’t be possible because it would be for a cause we don’t believe in. So, classical dance has that sort of sensitivity,” says Bhate.
Publicado por salud equitativa en 6:52