The Boy Around the Corner | The Indian Express

The Boy Around the Corner | The Indian Express

The Boy Around the Corner 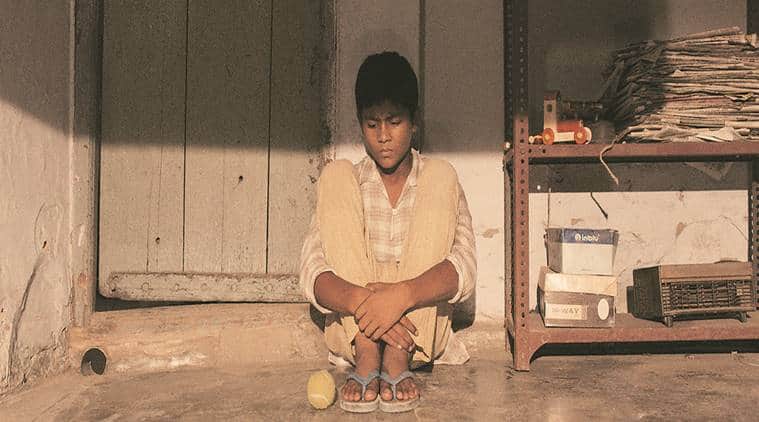 Om Singh in a still from Gali Guleiyam
In Gali Guleiyan (In the Shadows), Manoj Bajpayee’s character, Khuddoos, leans against a taak, fixing his ears to the wall, drawn by the thuds of a father thrashing his son and a mother’s shrieks from the other side. Visibly distressed, he asks, in a feeble voice, “tum theek toh ho (are you all right)?” and yearns to help the boy out. The film is a subliminal excavation of Khuddoos’s mind, in which resides his younger self, Idris (Om Singh), the sole survivor of an episode and its memory — of which he’s both the agent and victim.
The thrashing, a mnemonic plot device that intercuts the two narratives, also resonates with the runaway Singh’s real life. So, for him, emoting the role was natural. Singh, whose story gave director Dipesh Jain goosebumps, was chosen after screening 2,000 boys in 2016. It was by chance that he was roaming the grounds of Delhi’s Salaam Baalak Trust’s (SBT) Tis Hazari home — where he stays — when the auditions piqued his interest.
Hindi films have featured SBT boys — Faizal in Road, Movie, Irfan in Bhaag Milkha Bhaag, Salman in the forthcoming Paharganj, in which Singh, too, has a hit-and-miss pickpocket’s role — but hardly does the child become the film’s protagonist and the screenplay gets moulded to fit his reality. Singh’s favourite okra dish, too, made it to a scene, “Dipesh bhaiya would order bhindi on the sets,” says Singh, 15.
This rain-drenched SBT home is decked for a masterclass by Bajpayee, who has been associated with the non-profit since the start in 1988, then with 25 boys in Paharganj. 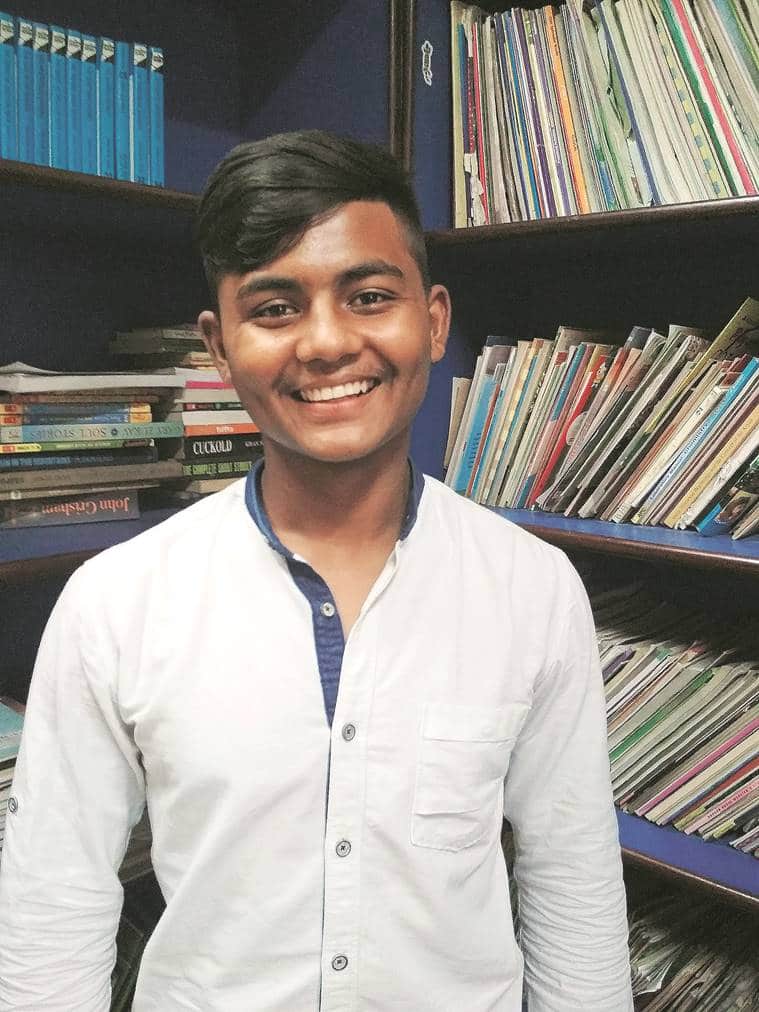 Singh at Salaam Baalak Trust’s library
In the quieter library, Singh speaks, “Had you met me earlier, I wouldn’t have been able to speak even this much. Ever since I’ve started doing theatre, it has helped me gain confidence. I’m still nervous and couldn’t speak at the press conferences. Manoj sir would coax me to say more.”
Singh, like the other SBT boys, is a child in need of care and protection under the Juvenile Justice Act, 2015. The boy ran away from his home in Ranjhi Bazaar, Jabalpur, Madhya Pradesh, because his elder brother used to beat him up. As did his father. They wanted him to assist his brother in running a three-wheeler tempo, but he wanted to study. Singh lost his mother to typhoid and father to jaundice and, one day, left home never to return.
Singh boarded a train and arrived in Delhi. Soon after, he left for Haridwar, begged for food, but scared that the babas (godmen) would catch him, he returned to Delhi and stayed put at Chandni Chowk Metro station. He slept in a park, ate at Gurdwara Sisganj, picked bottles from trash and sold them, making Rs 80 a day. And, got addicted to drinking whitener. The cops brought him to SBT three-four years ago. He was admitted in a government school, in class VIII. Singh has read Premchand’s Idgah and Kafan, but rues, “I felt bad that my parents didn’t provide me with a base for an education.
My English is poor, I couldn’t understand anything.” He ran away from the school to his Chandni Chowk life but was later brought back to the home.On the set he was closest to “Dipesh bhaiya” and his screen mother Shahana Goswami, who would often nudge him playfully into arm-wrestling, and his screen father Neeraj Kabi’s anger and roar “Idu” reminded Singh of his own father.
The first movie he ever saw was Sunny Deol’s in his village. He would watch Bhojpuri films in Delhi halls in the initial days. Singh says, with a glint in his eyes, “though Salman (Khan) sir is my favourite (talking about Tubelight and Bajrangi Bhaijaan), but in terms of acting, I really like Manoj sir, Nawaz sir (Nawazuddin Siddiqui), Irrfan (Khan) sir.” The boy, who doesn’t share a scene with Bajpayee in Gali Guleiyan, has seen all his films, except Aligarh.Singh wanted to become a kabaddi player or cricketer like MS Dhoni once, now he has theatre on his mind. “Manoj sir says, there’s no capsule for acting, that you pop it and start acting, one has to practise. Theatre is beneficial, it helps in comprehension,” he says.
The veteran actor is all praise for Singh too. “He’s amazing. I saw him today doing a play (at SBT) where he plays the reverse role — of a drunkard father beating up his wife and child,” says Bajpayee, at a pre-release screening, standing amid members of Act One theatre group, which he co-founded in 1990, after National School of Drama rejections and assisting theatre director Barry John.
“He’s doing theatre, he’s studying, which is far more important than whether he’ll become an actor, let’s not give him so much glory that it becomes difficult for him to fulfill that,” says Bajpayee.
Publicado por salud equitativa en 8:41