Teachers' Day 2018 Speech: More often than not, a teacher alone can affect lives more significantly than many other people combined, and it is no different for celebrities. Some have always been very vocal about their teacher's contribution to their lives. The relationship of a teacher and student sometimes goes beyond the classroom. (Source: File Photo)
Teachers’ Day Speech: The relationship between a teacher and a student cannot always be explained in words. Teachers nurture, guide, scold and also help you become the person you are. It might not be the most easy relationship to build, but once formed, it can sustain several hardships. More often than not, a teacher alone can affect lives than many other people combined, and it is no different for celebrities. Some have always been very vocal about their teacher’s contribution to their lives.
On the occasion of Teachers’ Day, we bring you such instances. 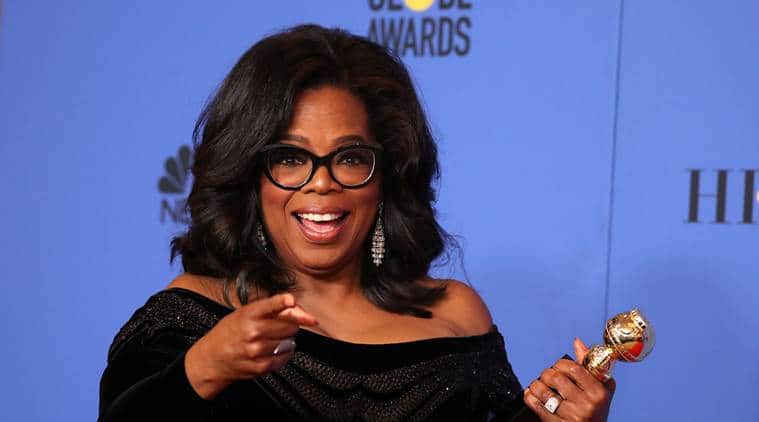 Mary Duncan had quite an impact on Oprah’s life. (Source: Reuters)
Oprah Winfrey considers a visit from her fourth-grade teacher Mrs Duncan on her show as one of the most “top moments” of her show. Oprah had mentioned that one of the “most defining moments” of her life was to attend her classes at Wharton Elementary School in Nashville. “For the first time, I wasn’t afraid to be smart, and she often stayed after school to work with me. I thought I would one day become a fourth-grade teacher,” she had written. “[M]y producers surprised me by bringing in Mrs Duncan as a guest on the show. I hadn’t seen her since grade school, and suddenly, I’m reading the teleprompter: “Welcome, Mary Duncan.” she said. “My eyes filled with tears, and I said, “Mrs Duncan had a name! Her name is Mary.” As a child, I hadn’t even considered that Mrs Duncan might have had a life beyond our class. It was in her class that I really came into myself. After all these years, I could say thank you to a woman who had a powerful impact on my early life.” Blanche Caffiere was the guiding force in Bill Gates’ life. (Source: AP)
Much like Oprah, American magnate and founder of Microsoft, Bill Gates also is indebted to his teacher Blanche Caffiere, who he describes as a “very kindly librarian and teacher,” in his blog. Caffiere was a librarian at Seattle’s View Ridge Elementary when Gates first met her. He was in his fourth-grade then. “I was desperately trying to go unnoticed, because I had some big deficits, like atrocious handwriting (experts now call it dysgraphia) and a comically messy desk. And I was trying to hide the fact that I liked to read—something that was cool for girls but not for boys,” he wrote. It was then that Caffiere took notice of him and helped him in accepting himself. “She pulled me out of my shell by sharing her love of books,” he wrote.

Actor Bipasha Basu too has acknowledged her gratitude for teachers. Last year the actor had put up a tweet and an Instagram post thanking her teachers. “Happy Teacher’s Day . Thank you to all the teachers who helped us become who we are today,” she had tweeted.

Cricketer Sachin Tendulkar has always been vocal about the impact his teacher and coach Ramakant Achrekar had on his life. Last year, he had shared a video where he spoke about their bond. “Back in my school days, I used to play only for the junior team and our senior team was playing the Harris Shield finals at the Wankhede Stadium,” said Tendulkar in a video posted on Twitter as a tribute to Achrekar on Teachers’ Day. “And our coach Ramakant Achrekar sir had organised a practice match for me. He had told me to go there after school and bat at number four. He said he had spoken to the captain and you would not need to field. That used to be my training. That was important because you needed to figure out your game there and figure out how to score runs in the middle,” he said.
“But I left all of that and sat at the Wankhede watching the Harris Shield final, cheering the senior team, clapping. After the match, I saw Achrekar sir and I thought it would be good to wish him. He asked me how many runs I got in the match and I told him I never went to play it because I wanted to cheer the senior team and clap for them,” he recollected. “Then he scolded me a lot in front of everybody and said I did not need to clap for others. He said I should take care of my own game and do something so that one day, the world can clap for you. That was the biggest lesson of my life. After that day, I never missed another match,” he said.
Publicado por salud equitativa en 7:36