Where the Wild Things Are | The Indian Express

Where the Wild Things Are | The Indian Express

Where the Wild Things Are 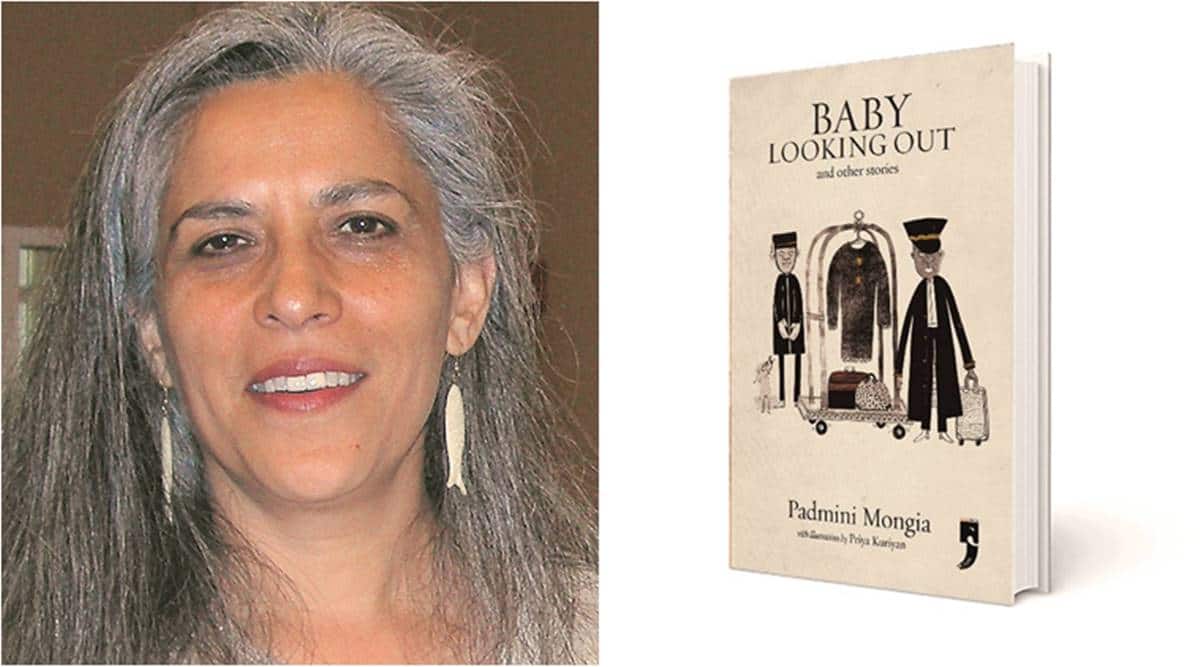 Padmini Mongia; the cover of her book Baby Looking Out.
Once there was a baby who was fidgeting; his mother’s cooing or putting him down did not soothe him. Soon the mother turned the nine-month-old around with his back resting on her chest, and the baby looked around happily. Now he could see that the waiter was pouring juice, his father was eating bacon and a man was kissing another man on the next table. He kept looking at his aunt, and her boyfriend, who didn’t speak, the man sleeping on the street, and how some people are white and some are black. What makes Padmini Mongia’s story engaging is that it doesn’t try to make a point, it just has a baby looking out until he gets tired. There is drama in the story, sans the ‘melo’ part of it. The book is the first in the collection titled Baby Looking Out (Yoda Press, Rs 350) “These are stories that I wrote over time after having experiences that struck me and which I thought were worth probing,” says Mongia, who teaches literature at Pennsylvania’s Franklin and Marshall College.
Mongia’s first book was Pchak Pchak: A Story of Crocodiles, which narrated the tale of a baby crocodile who won’t open her mouth. This book is for children, but it’s also one of those which will amuse the adults. “This was a tricky thing to decide. The stories are for children as the settings are a familiar world for them, but they are for adults too. In the last 20 years, it’s become clear that children’s literature is about complicated stuff, and is not a lesser entity. Children may not be adults but that does not make them lesser than them,” says the author.The tone of the stories is very matter of fact, even if it has kite-flying bats, a skateboard-ridden kacchua, or a monkey stealing a hat. By the way, all of them live in Defence Colony, where the author lived. “It is very compelling to take the reader to another time and place.
Traditionally, once upon a time used to be in fairy tales, my stories are not that, but they do mess up that format, taking in all the wonderful and weird and putting the unexpected in the stories,” she says.
Mongia wants her readers to slow down with her stories. “As a teacher of literature, I tell my students to slow down and spend time, and it is a luxury that doesn’t come to us easily because everything in the world is asking us to speed up,” she says.
The author, who also critiques contemporary Indian literature in her academic work, is excited by children’s literature of today. “Children’s literature was often considered to be something that was needed to teach children. There had to be moral lessons attached to stories. I think now there is an effort towards a literature that engages, worldwide,” she says. “In India, we’re looking away from myth and traditional tales, as we already have such great stories of wild animals, gods, birds, and beasts. So much so that we do not have to create new ones. Writers are engaging with difficult topics like same sex love, death and disability,” she says, adding that children today have a much greater variety and aren’t only besotted by Indian writers. “We’re still waiting for someone who gets the pulse and becomes the go-to writer for a generation,” she says.
Publicado por salud equitativa en 6:53