Determined to find a needle in a cosmic haystack, a pair of astronomers time traveled through archives of old data from W. M. Keck Observatory on Maunakea in Hawaii and old X-ray data from NASA’s Chandra X-ray Observatory to unlock a mystery surrounding a bright, lensed, heavily obscured quasar. 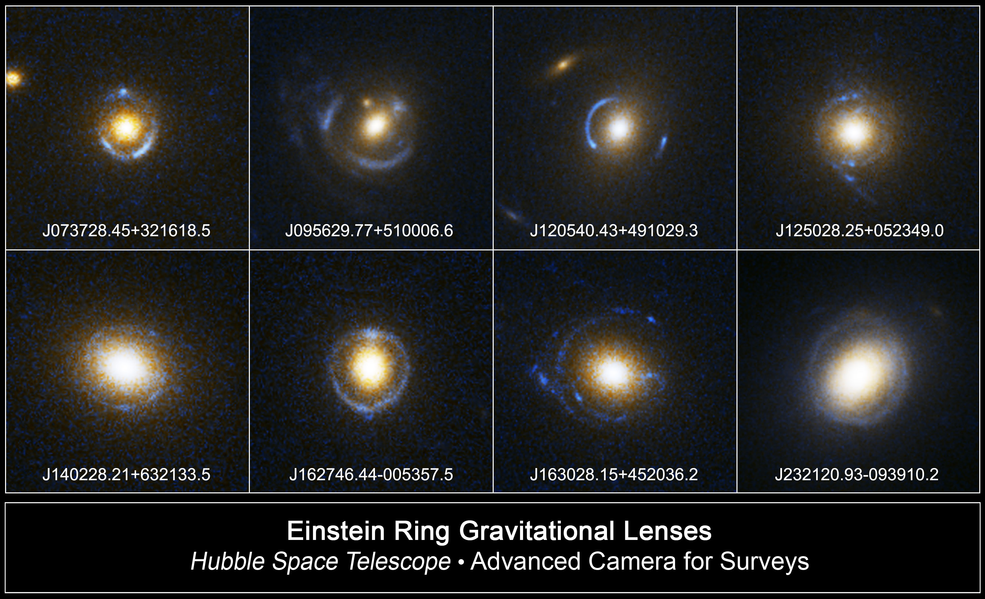 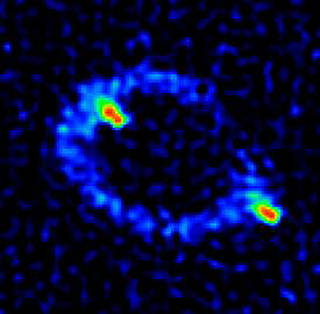 A radio image of MG 1131+0456, the first known Einstein ring, taken with the Very Large Array network of radio telescopes.
Credits: VLA
This celestial object, which is an active galaxy emitting brilliant amounts of energy due to a black hole devouring material, is an exciting object in itself. Finding one that is gravitationally lensed, making it appear brighter and larger, is exceptionally exciting. While slightly over 200 lensed unobscured quasars are currently known, the number of lensed obscured quasars discovered is in the single digits. This is because the feeding black hole stirs up gas and dust, cloaking the quasar and making it difficult to detect in visible light surveys.Not only did the researchers uncover a quasar of this type, they found the object happens to be the first known Einstein ring, named MG 1131+0456, which was observed in 1987 with the Very Large Array network of radio telescopes in New Mexico. Remarkably, though widely studied, the quasar’s distance, or redshift, remained a question mark.“As we dug deeper, we were surprised that such a famous and bright source never had a distance measured for it,” said Daniel Stern, senior research scientist at NASA’s Jet Propulsion Laboratory and author of the study. “Having a distance is a necessary first step for all sorts of additional studies, such as using the lens as a tool to measure the expansion history of the universe and as a probe for dark matter.”
NASA has provided funding for the Keck Observatory Archive, which made this research possible, since 2005. The new study was published in the journal Astrophysical Journal Letters.Read more from Keck Observatory
Editor: Tricia Talbert
Publicado por salud equitativa en 10:16