One Mystery of Stonehenge's Origins Has Finally Been Solved - Scientific American

One Mystery of Stonehenge's Origins Has Finally Been Solved - Scientific American 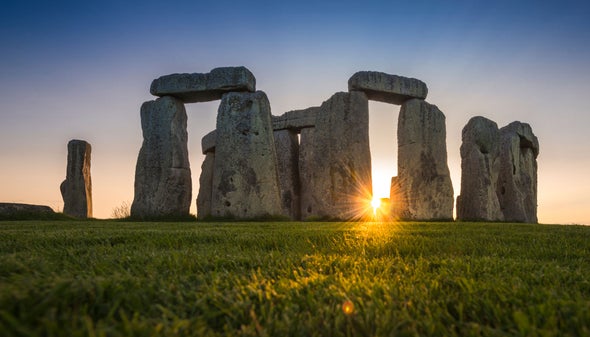 Researchers have pinpointed the origin of Stonehenge’s giant sarsen stones after a sample that was taken from the site more than 60 years ago was finally returned. A detailed geochemical analysis of the sample, a tube-shaped core that was drilled from one of the stones in 1958, compared its trace-element levels with those of rock samples from sites across southern England, and researchers concluded that it came from an area near Marlborough, 25 kilometres away from Stonehenge. “What it really brings home for me is the Herculean effort that went into making this structure in a reasonably short time window,” says physical geographer David Nash. Other mysteries remain, including how Neolithic architects were able to transport the 20-tonne stones.
Scientific American | 4 min read
Publicado por salud equitativa en 8:29