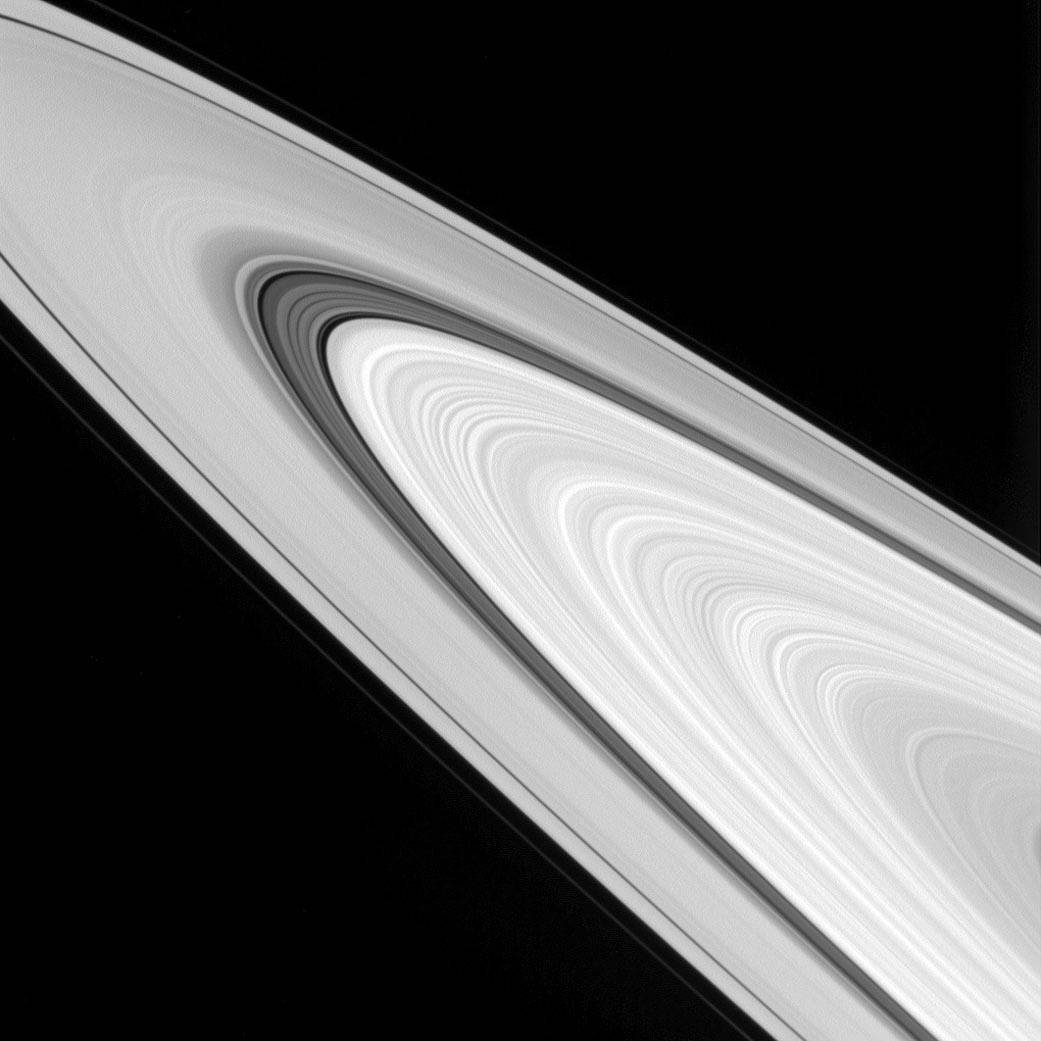 This view from NASA's Cassini spacecraft showcases some of the amazingly detailed structure of Saturn's rings.
The rings are made up of many smaller ringlets that blur together when seen from a distance. But when imaged up close, the rings' structures display quite a bit of variation. Ring scientists are debating the nature of these features — whether they have always appeared this way or if their appearance has evolved over time.
This view looks toward the sunlit side of the rings from about 4 degrees above the ring plane. The image was taken in visible light with the Cassini spacecraft wide-angle camera on Sept. 24, 2016.
The view was acquired at a distance of approximately 283,000 miles (456,000 kilometers) from Saturn and at a Sun-Saturn-spacecraft, or phase, angle of 32 degrees. Image scale is 17 miles (27 kilometers) per pixel.
The Cassini mission is a cooperative project of NASA, ESA (the European Space Agency) and the Italian Space Agency. The Jet Propulsion Laboratory, a division of the California Institute of Technology in Pasadena, manages the mission for NASA's Science Mission Directorate, Washington. The Cassini orbiter and its two onboard cameras were designed, developed and assembled at JPL. The imaging operations center is based at the Space Science Institute in Boulder, Colorado.
For more information about the Cassini-Huygens mission visit http://saturn.jpl.nasa.gov and http://www.nasa.gov/cassini. The Cassini imaging team homepage is at http://ciclops.org.
Image Credit: NASA/JPL-Caltech/Space Science Institute
Editor: Tony Greicius 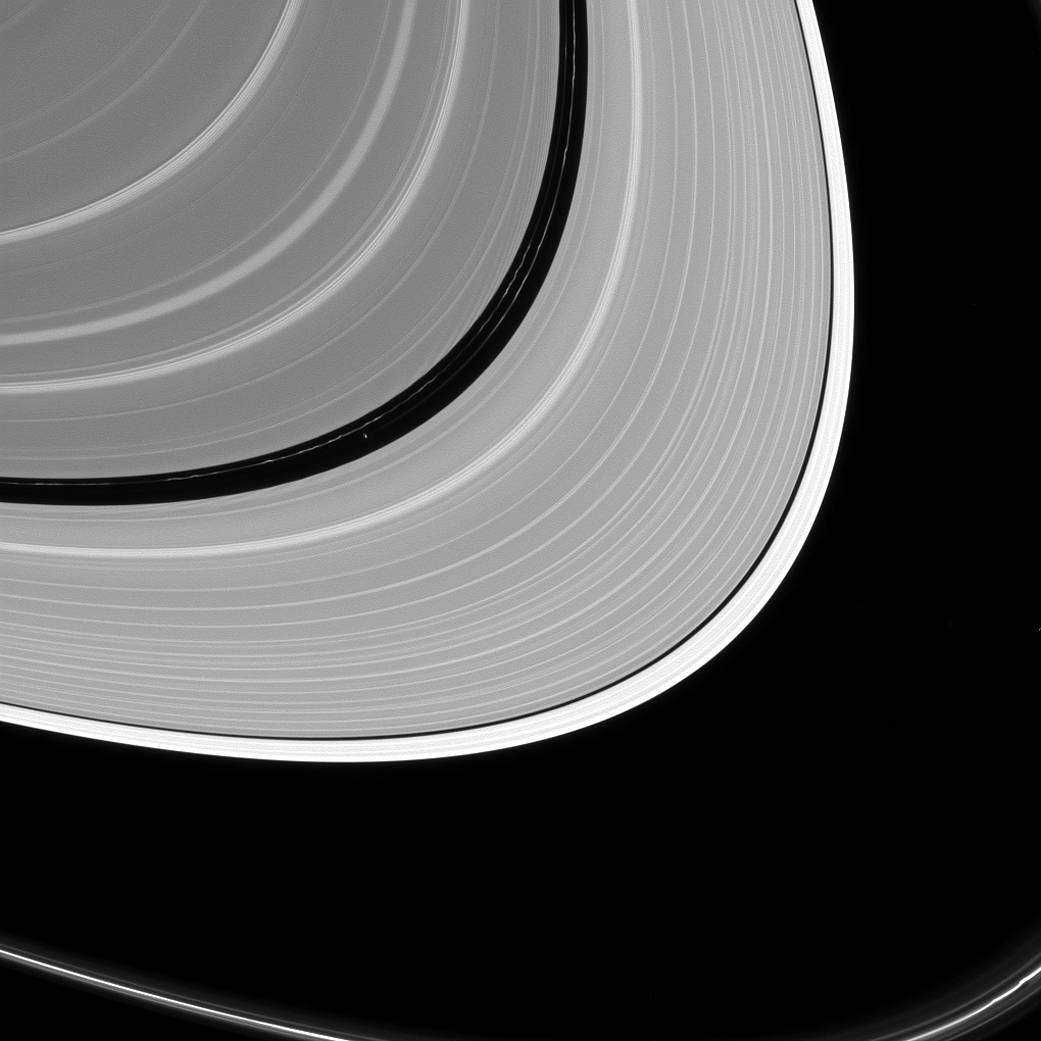