A Mass of Viscous 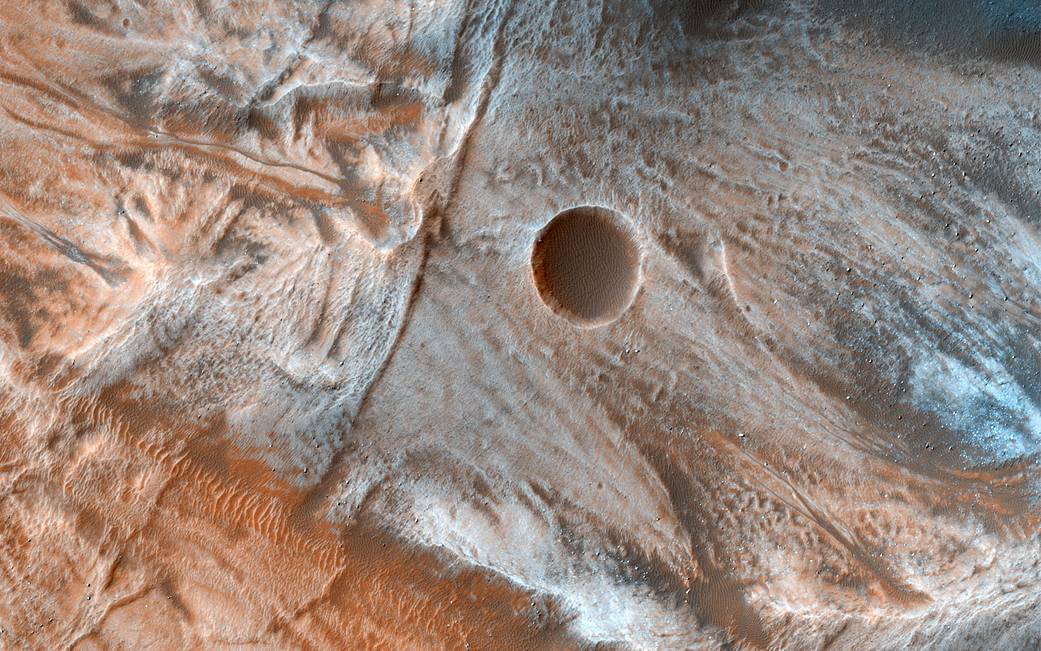 Viscous, lobate flow features are commonly found at the bases of slopes in the mid-latitudes of Mars, and are often associated with gullies.
These features are bound by ridges that resemble terrestrial moraines, suggesting that these deposits are ice-rich, or may have been ice-rich in the past. The source of the ice is unclear, but there is some thought that it is deposited from the atmosphere during periods of high obliquity, also known as axial tilt.
The flow features in this image are particularly massive and the bounding scarps appear very high standing and are layered as well. Take a look at the stereo anaglyph for a 3D view.
The map is projected here at a scale of 25 centimeters (9.8 inches) per pixel. [The original image scale is 25.9 centimeters (10.2 inches) per pixel (with 1 x 1 binning); objects on the order of 82 centimeters (32.2 inches) across are resolved.] North is up.
This is a stereo pair with ESP_048979_1330.
The University of Arizona, Tucson, operates HiRISE, which was built by Ball Aerospace & Technologies Corp., Boulder, Colo. NASA's Jet Propulsion Laboratory, a division of Caltech in Pasadena, California, manages the Mars Reconnaissance Orbiter Project for NASA's Science Mission Directorate, Washington.
Image credit: NASA/JPL-Caltech/Univ. of Arizona
Editor: Tony Greicius
Publicado por salud equitativa en 7:53