Congress leader and writer Shashi Tharoor and Indian ambassador to the US, Navtej Sarna, are expected to attend the event in Houston, Texas, from September 14 to 15. Sarna is one of the chief guests. 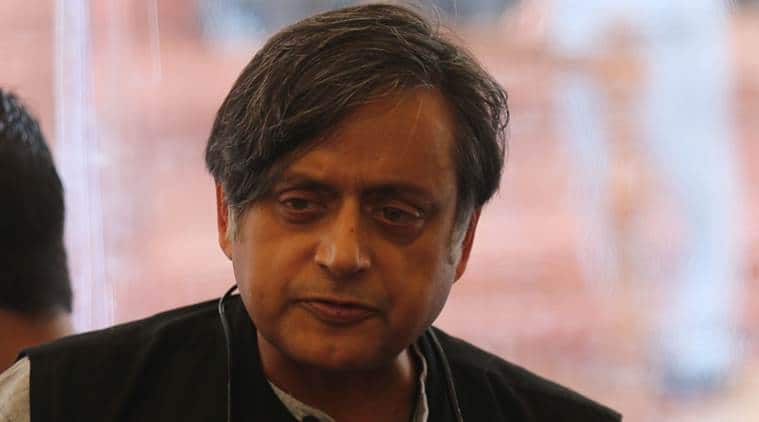 Congress leader and writer Shashi Tharoor is expected to attend the event in Houston. (File)
The Jaipur Literature Festival (JLF) will be held in Houston for the first time as part of the larger umbrella of the literary event in the US, its organisers have said. Congress leader and writer Shashi Tharoor and Indian ambassador to the US, Navtej Sarna, are expected to attend the event in Houston, Texas, from September 14 to 15. Sarna is one of the chief guests.
Hailed as one of the greatest literary shows globally, the JLF after Houston, will be held in New York from September 19 to 20 and from September 21 to 23 in Boulder, Colorado. “We’re so excited to be collaborating on the first JLF at Houston for the first time in Texas,” Bonna Kol, president of the Asia Society’s Texas centre, said.
Producer JLF Teamwork Arts would be organising the event in association with the society and Inprint. “Engaging our diverse city in an array of international topics and speakers aligns perfectly with our deep commitment to promoting cultural understanding,” Kol said.
The Asia Society promotes mutual understanding and strengthening partnerships among people and institutions of Asia and the west. Executive director, Inprint, Rich Levy said as this the inaugural edition of the JLF in Houston, it makes clear that it is a city of brilliant writers and passionate readers.
Inprint, a literary arts non-profit, supporting and engaging readers and writers, is proud to be at the epicenter of the Houston literary life, he said. “What an honour and a joy to work with JLF on making JLF at Houston a reality,” Levy said.
Since its inception in 2006, this is the first Texas visit for the JLF, which will bring together acclaimed authors, thinkers and humanitarians to champion the freedom to express and engage in thoughtful debate and dialogue. “The Jaipur Literature Festival has a fair representation of American authors and audience. The American audience comes from across states, but one has noticed a larger share from New York and Texas.
“Hence, the selection of Houston as one of the venues. There is also a sizable Indian diaspora concentrated in these places,” Sunil Varma, senior vice president, marketing and sponsorship, at Teamwork Arts told PTI. He said the Houston event will showcase south Asia’s rich literary and oral heritage. It will have authors from across the world as well as local literary figures, Varma said.
In Houston, participating speakers and writers include Chitra Banerjee Divakaruni, Namita Gokhale, Sonal Mansingh, Omar El Akkad, Robin Davidson, Jay Aiyer, Kurt Heinzelman, Lacy M Johnson and McKenna Jordan. Ruben Martinez, Jovan Mays, Jasminne Mendez, Marcus Moench, Rajesh Parameswaran, Sharad Paul, Daniel Pena, Shobha Rao, Kathy Reichs, Anis Shivani, Mimi Swartz, Marina Tristan, Roberto Tejada, Novuyo Rosa Tshuma and Milan Vaishnav, are also expected at the JLF here.
The programme includes an opening and closing night musical performance and vigorous panel discussions. The audience will also get an opportunity to listen to conversations such as those on the continuities of Mexican and American experiences and narratives, the violence of cross-border realities and of pluralism and diversity.
Indian myths and their impact on the collective faith of the people; forensic anthropology, genetics and health; a crucial session on water, climate change, and social issues are also in the programme. Readings and conversations on poetry are also part of the JLF in the US.
Publicado por salud equitativa en 5:39