Twinkle Khanna situates her debut novel Pyjamas are Forgiving, in the midst of a Kerala’s Shanthamaaya Sthalam, a spa where people are supposed to exercise restraint, consume copious amount of ghee and in turn get treated for their ailments. As the premise gets undeniably interesting, the novel ceases to be engaging. 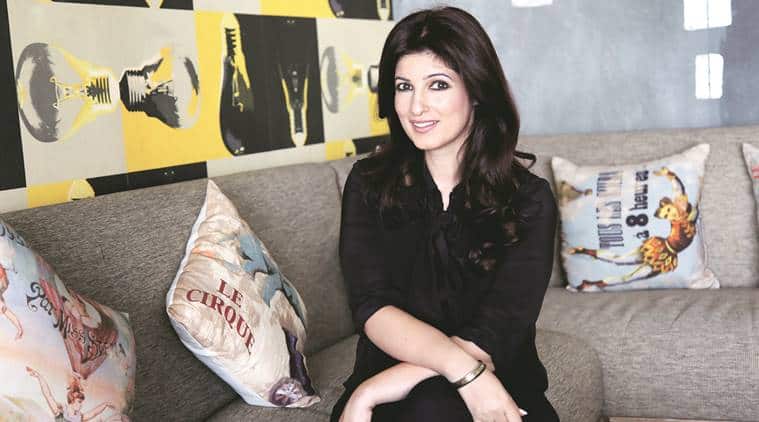 Twinkle Khanna’s debut novel Pyjamas are Forgiving lacks her characteristic spark.(Source: File Photo)
In an episode of Koffee with Karan last season, Akshay Kumar shared how his wife’s blunt responses and opinions have often got him into trouble. In fact, Twinkle Khanna, who has taken to writing after her short film career, does not spare even herself while commenting on her films and acting ability or the lack of it. While her first book Mrs Funnybones came out in 2015, the wisecracks often found in her columns and interviews have since proved her to be worthy of the self-endowed title.
Khanna situates her debut novel Pyjamas are Forgiving, in the midst of a Kerala’s Shanthamaaya Sthalam, a spa where people are supposed to exercise restraint, consume copious amount of ghee and in turn get treated for their ailments. As the premise gets undeniably interesting, the novel ceases to be engaging.
Narrated by a middle-aged woman, Anshu — who finds it hard to sleep — the novel traces her days spent in the spa, her rude shock on meeting her former husband, and her final realisation that it is a pair of jeans that hold grudges while pyjamas are forgiving. Anshu, in many ways, reads like a literary counterpart of the author herself. Khanna lurks behind Anshu’s inexplicable dependence on her sister, her difficult relationship with her mother and even in a stray fond reference to her father. The narrative, however, is bereft of Khanna’s characteristic spark and is as dry as the apricot you found hard to bite on in the morning. Pyjamas are Forgiving is Twinkle Khanna’s debut novel.
To her credit, Khanna maintains an ironic, self-deprecating tone for the most part and it is refreshing to read experiences of a woman who does not take herself too seriously despite being dealt rather unkindly by life. Anshu — in spite of the wisdom of her age —  listens to her heart and not her mind, falters, gets hurt where it was already hurting and gets embroiled in situations she shouldn’t have been. Anshu is very close to someone you would know. She even might have been you, but she fails to emerge as a memorable character. You commiserate at her bad decisions but do not empathise. The reason for the protagonist’s falling out with her husband is never really spelt out and the flashbacks only remind you of the exotic vacations they had gone to. Fight? What fight? The rest of the characters too are either out of depth or half baked. There might be no stereotypes but there are no interesting characters either.
As Khanna sheds her cynical tone, the narrative comes across as most laboured. In more than one instance, the narrative seems contrived, designed to arrive at the punchline. It also suffers when Khanna chooses to be insightful. She lacks the literary expertise to be so and the ensuing result is an unconvincing advice you in all probability have heard before and no longer want to hear again. “Love. But what is love except giving pieces of ourselves to another? And what happens to be those bits after it’s over? It is not a loan that can be returned, nor like a chameleon’s tail does the jagged nub just grow back,” Anshu asks in the novel.
There is a gay couple in the novel, an incident that challenges the idea of consent and even a heavy dose of feminism. Khanna might disown Bollywood but her novel is not too far from the many socially aware Hindi films that release every year, sans the jump cuts, of course. You perhaps can take an actor out of Bollywood but you might not really take Bollywood out of an actor.
Publicado por salud equitativa en 5:54