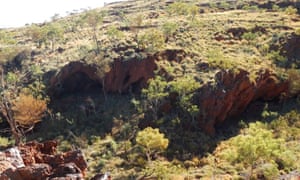 Mining company Rio Tinto has expanded an iron-ore mine to include a cave in Western Australia that was continually occupied for 46,000 years and is sacred to local Indigenous Australians. A dig in 2014 unearthed more than 7,000 artefacts and provided evidence that this was the only known site in inland Australia that was occupied throughout the last Ice Age. Burchell Hayes, director of the Puutu Kunti Kurrama and Pinikura Aboriginal Corporation, says the blasts might make it impossible to show future generations their links to their heritage. “We can tell them stories but we can’t show them photographs or take them out there to stand at the rock shelter and say: this is where your ancestors lived, starting 46,000 years ago.”
The Guardian | 6 min read
Publicado por salud equitativa en 13:03