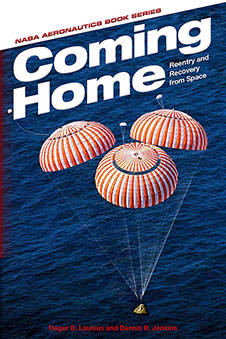 Aircraft and Aeronautics
NASA's Contribution to Aeronautics (2012), volume 1 and volume 2: This first volume includes case studies and essays on research on high-speed wing design, hypersonic design and environmentally friendly aircraft technology. The second volume covers contributions including wind shear and lightning research, flight operations, human factors and wind tunnels.
More NASA e-books on aircraft and aeronautics.
Astronomy and Planetary ExplorationBeyond Earth, A Chronicle of Deep Space Exploration (Sept. 2018): Our attempts to send robotic travelers beyond Earth orbit, to the Moon, to other planets and their moons, to the Sun, to comets, to minor planets, to dwarf planets, and ultimately beyond the solar system.Hubble Focus: Galaxies Through Space and Time (Aug. 2019): Hubble’s recent discoveries about galaxies — the homes of stars, nebulas and planets — from our own Milky Way to the most distant galaxies ever seen.The Saturn System Through the Eyes of Cassini (Sept. 2017): Over a period of 13 years, our Cassini mission captured about 450,000 spectacular images of Saturn and its moons, providing new views of the “lord of the rings” and a plethora of iconic images.
More NASA e-books on science.
Earth Science
Earth (Feb. 2019): A photo-essay from NASA’s Earth Science Division. We hope you enjoy these satellite views of Earth. It is your planet. It is NASA’s mission.
Earth at Night (Dec. 2019): How humans and natural phenomena light up the darkness, and how and why scientists have observed Earth’s nightlights for more than four decades using both their own eyes and spaceborne instruments.
More NASA e-books on science.
History
Historical Studies in the Societal Impact of Spaceflight (March 2016): a series of in-depth studies on the mutual interaction of space exploration and society—part of a larger need to understand the relationships between science, technology, and society.
More NASA history e-books.
Publicado por salud equitativa en 6:58