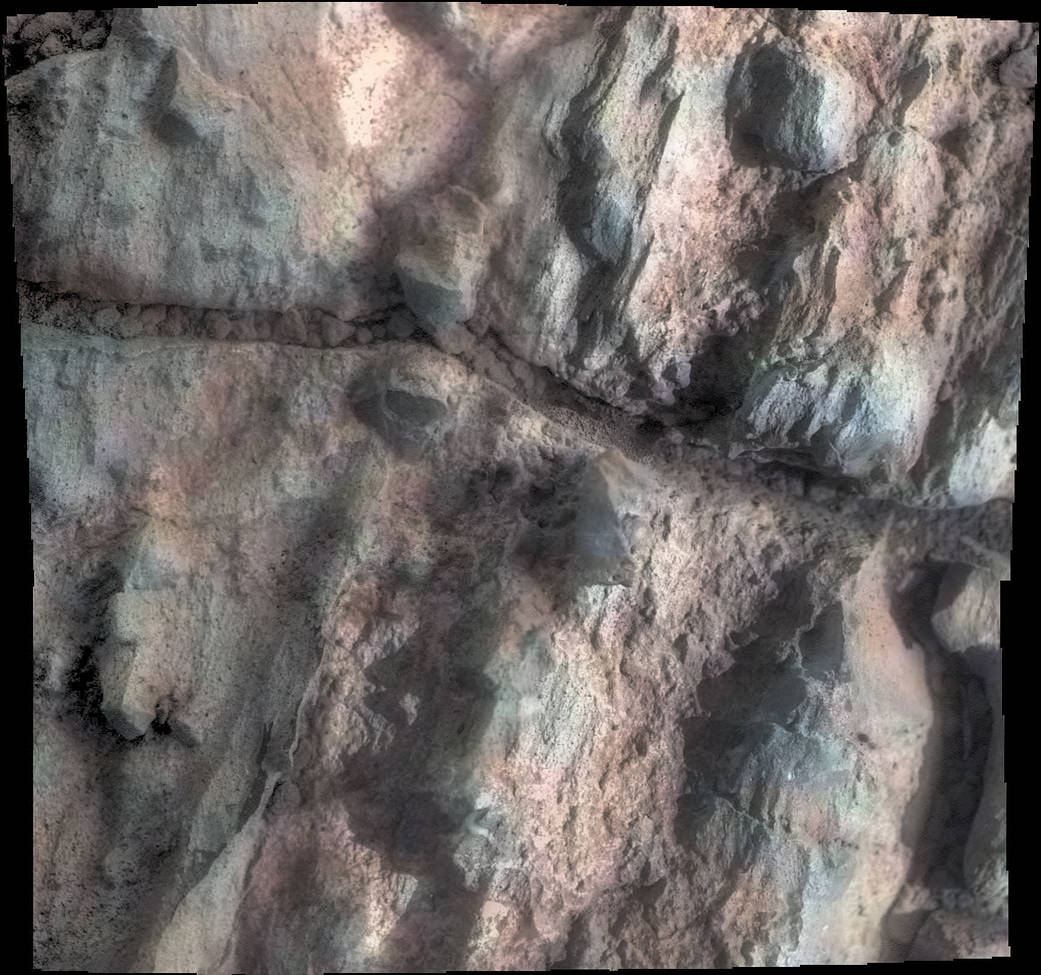 This relatively bright outcropping of rock, dubbed "Gasconade," was investigated by NASA's Mars Exploration Rover Opportunity while the rover was perched on "Spirit Mound" at the western edge of Mars' Endeavour Crater.
This mosaic combines four frames taken by the microscopic imager on Opportunity's robotic arm on Oct. 2, 2016, during the 4,512st Martian day, or sol, of the rover's work on Mars. Enhanced color information from Opportunity's panoramic camera has been added to emphasize differences in the materials visible in the target. Figure A is a version with no color information added to the microscopic imager mosaic.
The view covers an area about 2 inches (5 centimeters) wide. Opportunity's inspection found Gasconade to be a wind-etched outcrop with angular bits of darker rock within a lighter matrix, which may have been formed from fallout of the impact event that excavated the crater.
This location of Spirit Mound, shown at http://photojournal.jpl.nasa.gov/catalog/PIA20854, is the deeper on the western rim of Endeavour Crater than any site visited previously by Opportunity.
Image Credit: NASA/JPL-Caltech/Cornell/USGS/ASU
Editor: Tony Greicius