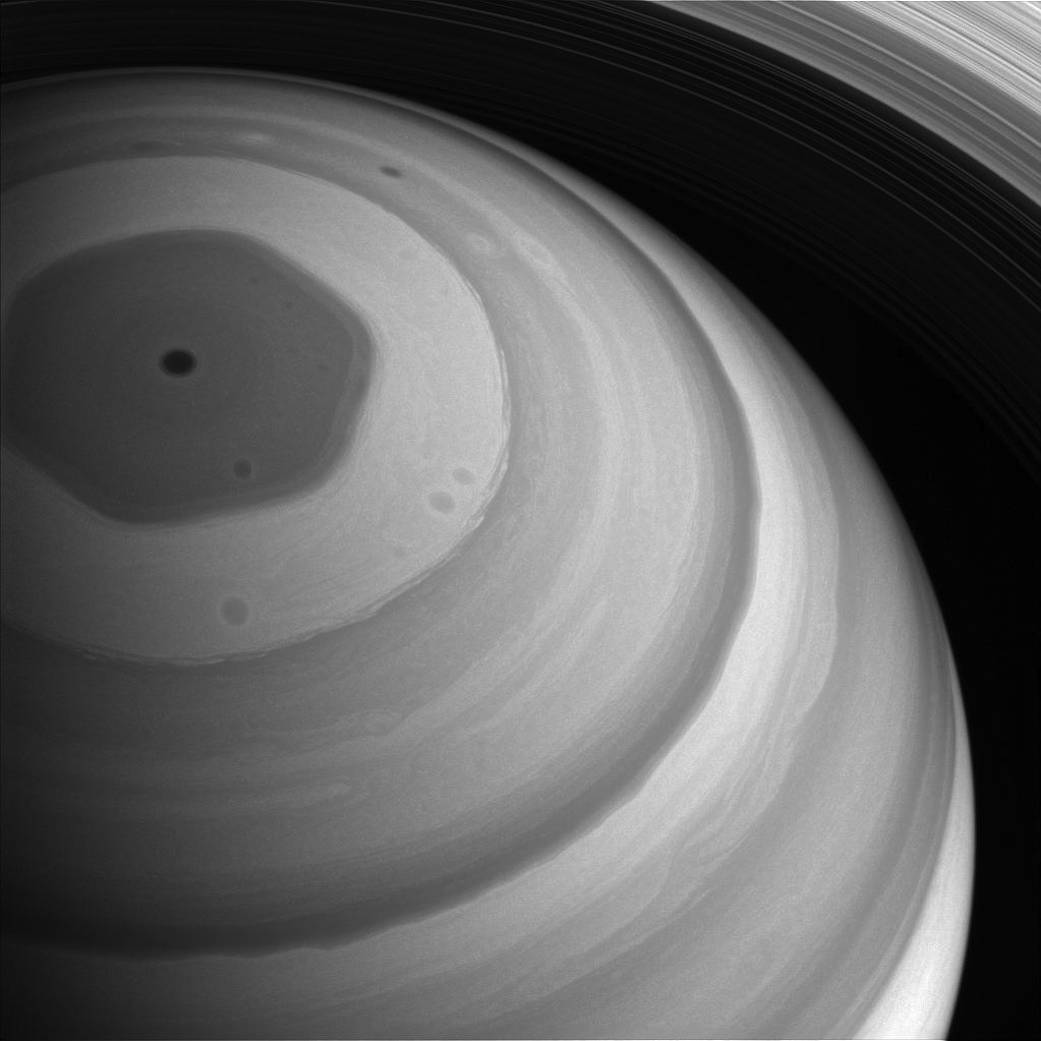 Sunlight truly has come to Saturn's north pole. The whole northern region is bathed in sunlight in this view from late 2016, feeble though the light may be at Saturn's distant domain in the solar system.
The hexagon-shaped jet-stream is fully illuminated here. In this image, the planet appears darker in regions where the cloud deck is lower, such the region interior to the hexagon.  Mission experts on Saturn's atmosphere are taking advantage of the season and Cassini’s favorable viewing geometry to study this and other weather patterns as Saturn's northern hemisphere approaches Summer solstice.
This view looks toward the sunlit side of the rings from about 51 degrees above the ring plane. The image was taken with the Cassini spacecraft wide-angle camera on Sept. 9, 2016 using a spectral filter which preferentially admits wavelengths of near-infrared light centered at 728 nanometers.
The view was obtained at a distance of approximately 750,000 miles (1.2 million kilometers) from Saturn. Image scale is 46 miles (74 kilometers) per pixel.
The Cassini mission is a cooperative project of NASA, ESA (the European Space Agency) and the Italian Space Agency. The Jet Propulsion Laboratory, a division of the California Institute of Technology in Pasadena, manages the mission for NASA's Science Mission Directorate, Washington. The Cassini orbiter and its two onboard cameras were designed, developed and assembled at JPL. The imaging operations center is based at the Space Science Institute in Boulder, Colorado.
For more information about the Cassini-Huygens mission, visit http://saturn.jpl.nasa.gov and http://www.nasa.gov/cassini. The Cassini imaging team homepage is at http://ciclops.org.
Image Credit: NASA/JPL-Caltech/Space Science Institute
Editor: Sarah Loff