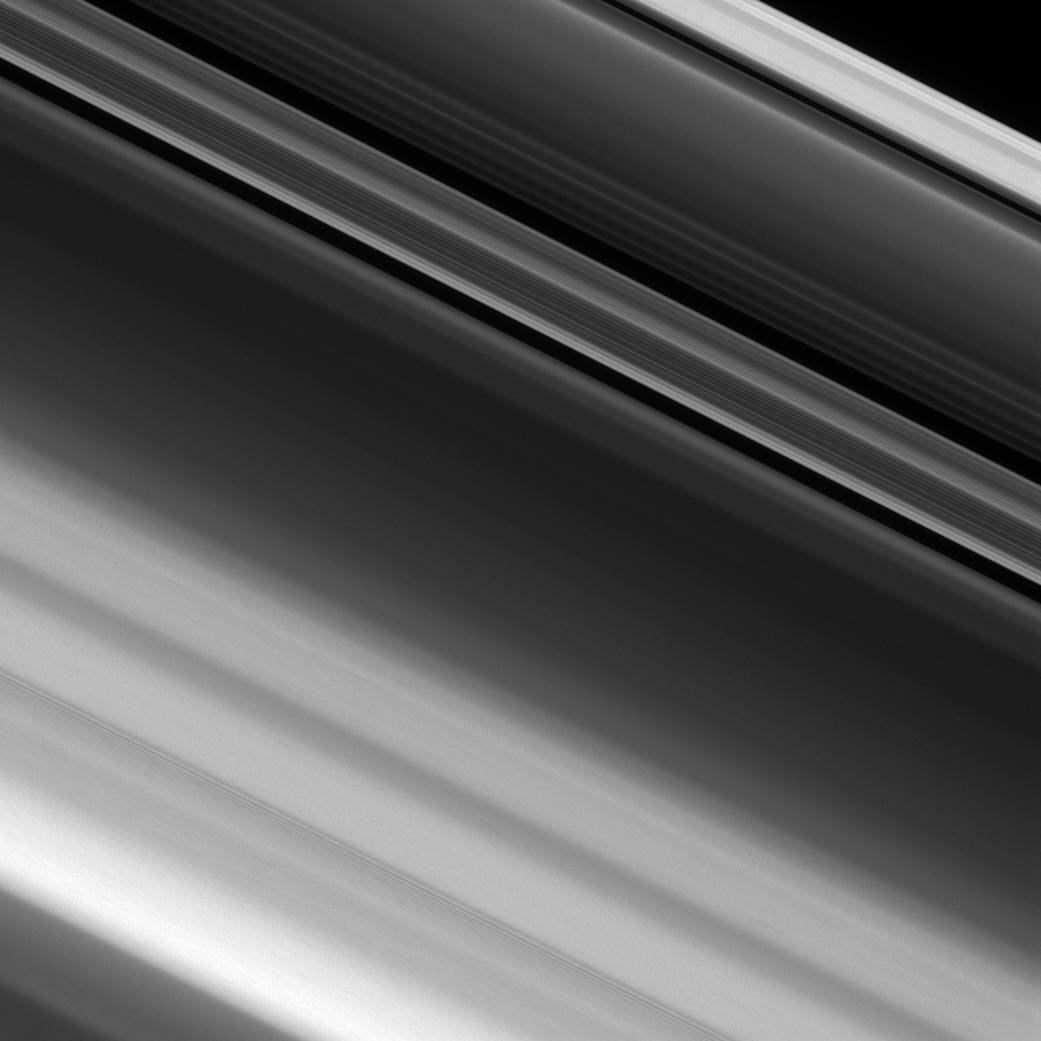 NASA's Cassini spacecraft zoomed in on Saturn's A ring, revealing narrow, detailed structures that get even finer as the cameras' resolution increases. Even at this level of detail, it is still not fine enough to resolve the individual particles that make up the ring.
High-resolution images like this help scientists map the fine structure of Saturn's rings. Features less than a half a mile (one kilometer) in size are resolvable here. But the particles in the A ring typically range in size from several meters across down to centimeters, making them still far too small to see individually here.
This view looks toward the sunlit side of the rings from about 38 degrees above the ring plane. The image was taken in visible light with the Cassini spacecraft narrow-angle camera on Jan. 9, 2017.
The view was obtained at a distance of approximately 70,000 miles (113,000 kilometers) from Saturn and at a Sun-Saturn-spacecraft, or phase, angle of 11 degrees. Image scale is 2,300 feet (690 meters) per pixel.
The Cassini mission is a cooperative project of NASA, ESA (the European Space Agency) and the Italian Space Agency. The Jet Propulsion Laboratory, a division of the California Institute of Technology in Pasadena, manages the mission for NASA's Science Mission Directorate, Washington. The Cassini orbiter and its two onboard cameras were designed, developed and assembled at JPL. The imaging operations center is based at the Space Science Institute in Boulder, Colorado.
For more information about the Cassini-Huygens mission visit https://saturn.jpl.nasa.gov and http://www.nasa.gov/cassini . The Cassini imaging team homepage is at http://ciclops.org .
Credit: NASA/JPL-Caltech/Space Science Institute
Editor: Martin Perez
Publicado por salud equitativa en 4:47