Is It Time to Postpone the 2020 Climate Summit? | Inter Press Service

Is It Time to Postpone the 2020 Climate Summit? | Inter Press Service


Is It Time to Postpone the 2020 Climate Summit? 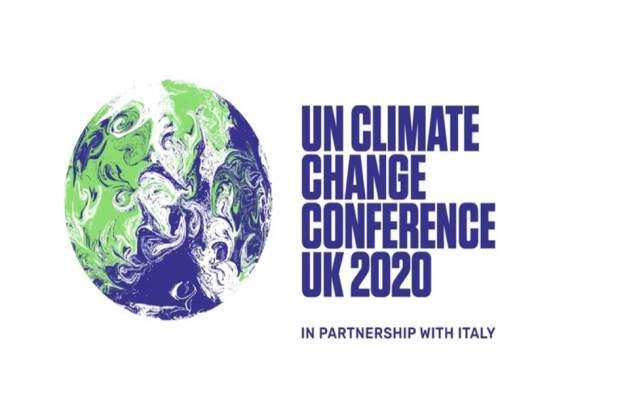 NEW YORK, Mar 25 2020 (IPS) - With the coronavirus pandemic sweeping the planet and the governments of both wealthy and poorer nations overwhelmed by the demands of managing a response, the scheduling of this year’s critical UN Climate Summit is suddenly in doubt.
COP26 (formally, the 26th annual Conference of the Parties of the UN Framework Convention on Climate Change) is planned for Glasgow, Scotland (UK) from 9-20 November. It will be the culmination of five years of negotiations since the historic 2015 Paris Climate Agreement.
More than 100 presidents and prime ministers are expected to present their nations’ plans for carrying out the sweeping environmental, economic and energy changes necessary to keep the Earth’s warming to survivable levels.
In all, over 30,000 government delegates, intergovernmental officials and stakeholder representatives are preparing to attend.
The agenda of COP26 is deep and urgent. Besides reporting how they plan to reduce oil, coal and gas production and increase renewable energy to limit global temperature rise to below 2°C (and preferably 1.5°C), governments must agree how to calculate whether each is fulfilling its pledges, what steps to take to deal with those which haven’t, and whether the total reductions agreed to are sufficient to avoid catastrophic climate impacts (so far they’re not).
National leaders will be looking for positive grand visions to pull their people out of pandemic- induced despair. A new American President might be eager to reassert a proactive international role for the US


At Glasgow, governments must also fulfill the  commitment of the $100 billion a year they promised to help developing countries.  Those funds are to cope with the devastating impacts of sea level rise, intense storms, extended droughts, erratic cold and heat waves that have already begun to disproportionately affect poorer nations – and to help shift those nations’ energy production to renewables.

Governments must decide what role private business and the financial sector play in contributing climate funding. And they must approve the so-called ‘Paris Rulebook’ on implementation guidelines for zero emissions and climate resilience by 2050.
Progress on all of these issues is lagging far behind schedule.
Last year’s COP25, in Madrid, was expected to agree on a formula to resolve key issues. Instead it became the longest COP conference ever, failed to resolve virtually any issue, and passing them on to an already pressured COP26.
Meanwhile, the pace of the climate crisis continues to accelerate, with another year of record temperatures, catastrophic hurricanes, and unanticipated rapidly melting glaciers in Antarctica and Greenland. And the public demand for action to meet the urgency escalated as well, led by a resurgent environmental youth movement inspired by Greta Thunberg.

The argument for a November meeting
So it would seem more necessary than ever to follow through with the November COP26 schedule.
For a world already decades behind the optimal carbon-reduction calendars suggested by environmentalists in the 1990s, the risks of further delay are huge.  We may already be on the verge of irreversible feedback loops like runaway deforestation in the Amazon, unstoppable desertification in China and the Sahel, massive shifts in thermal ocean currents that moderate the winters in Europe, and decalcification that could crash the populations of the world’s sea life.
With major fossil fuel corporations digging in to avoid action, taking the pressure off governments is an opening to fatal procrastination. As the International Panel on Climate Change (IPCC) has calculated and Ms. Thunberg has tirelessly pointed out, the world only has eight years left in its allowable ‘carbon budget’ if it continues to emit about 42 gigatons of CO2 every year. So drastic reductions are necessary. Now.

The argument for postponing COP26
And yet. The world faces a sudden major pandemic that will impact all countries and affect all citizens. Millions will likely become ill and thousands will likely die. The focus of all countries is on containing the COVID 19 virus – as it should be.
Governments everywhere are enacting policies that would never have been imagined. Financial markets are crashing. The US Treasury Department has suggested a potential 20 percent unemployment rate.
Massive restrictions on public movement are being imposed and trillions of dollars in financial stimulus and subsidies are being spent. Public and private scientific expertise is being marshaled to solve medical emergencies.
The responses to the pandemic will impact the negotiations on climate. With only seven weeks to go before a key two week preparatory meeting in Bonn, virtually all flights to Europe are cancelled. It may be only be a matter of weeks before Bonn itself is postponed, or at best conducted virtually – which is a far more cumbersome process.
A second preparatory meeting, which could be expanded to take on the added work load, is planned in early October.  But it is scheduled to meet in Italy. Is it realistic that the Italian government will be sufficiently back to normal in order to host such a session by October?
In this context, it will be extraordinarily difficult for governments to assign the necessary political or economic resources to achieve a successful climate meeting this November.
​Even before the pandemic, it was already going to require exquisite timing, energy and finesse to achieve any degree of success in Glasgow. Besides the pre-negotiation failures, the willful climate obstructionism and catastrophic incompetence of the US government under Donald Trump, plus the self-imposed chaos of Boris Johnson’s Brexit in the UK, have left two of the world’s necessary climate nations nearly immobilized.
The only positive-case political scenario for a November COP would call for Democrats to sweep the US presidency and Senate on November 3 (one day before it becomes official that Trump has pulled the US out of the Paris Climate Agreement) and barely a week before the November 9 opening at Glasgow.
Even if that were to happen, Trump would still be in office until January and his policy would prevail. (Indeed, one could visualize a defeated Trump spitefully trying to wreak havoc through obstructionist interventions by his negotiating team.)
And even if everything went well, because of the lack of prepared agreements, the most that could be hoped for from a November COP  is another seemingly ambitious and robust, but in reality a very amorphous Conference declaration on principles and promises.

How to postpone but increase momentum
Many respected voices currently arguing against a postponement are understandably concerned that any delay will take the pressure off governments to keep building on their commitments. It’s a valid fear.
The answer is to not take the pressure off governments. Yes, postpone the meeting, but instead of a full COP in November in Glasgow, the parties can schedule an additional special high-level Preparatory Meeting, on those same days in November, in Bonn where the UNFCCC is housed.
Such a special Preparatory-Meeting could resume negotiations working through the backlog of unfinished business from COP25 and the cancelled meetings in 2020. It would still be energized by any positive results from the US elections.
The full COP26 in Glasgow can then be rescheduled in 2021. While it might be possible to schedule it for Spring of 2021, the more realistic and likely option would be to simply move the current sequence of 2020 meetings “June in Bonn. October Rome” to the same calendar in 2021.
When COP26 does then meet in November 2021 the world will presumably have emerged from the coronavirus crisis. Economies will be re-starting, so Finance Ministries will be able to visualize budgets that address climate needs.
National leaders will be looking for positive grand visions to pull their people out of pandemic- induced despair. A new American President might be eager to reassert a proactive international role for the US.
As for the legitimate urgency of climate action, the pandemic might actually have bought the world a little time. The extreme economic slowdown currently projected would mean lower emissions this year of CO2. The carbon clock might be slightly pushed back.
It might also turn out that the concerted international action that eventually succeeds in defeating the pandemic – and the widely respected leadership by the UN’s WHO – provides a model for global cooperation for taking the unprecedented steps necessary to defeat climate change. Governments and individuals may realize that indeed we can successfully take extensive multilateral action when a crisis calls for it.
We’re all living in unprecedented times, and nations and people are sailing through uncharted waters. While it’s by no means certain that the optimistic scenarios above can guarantee success, they’d seem to provide the greatest hope for it.
Nations are now facing two immense and urgent crises. One must and can be dealt with immediately. The second also requires extensive financial resources and exceptional political will, but needs time to produce them.
It is time to re-schedule COP26 to 2021.

Felix Dodds has been a policy consultant to United Nations agencies, national governments and stakeholders for 30 years. He was Chair of the UN Conference on Sustainable Societies Responsible Citizens (2011). He was the co-director of the Water and Climate Coalition at the UNFCCC (2007 to 2012) and Co-director of the University of North Carolina’s Nexus Conferences on Climate-Water-Energy-Food (2014 and 2018).
He is the author or editor of 20 books on the environment and intergovernmental negotiations. In 2019 he was a candidate for Executive Director the United Nations Environment Programme.

Michael Strauss is Executive Director of Earth Media, a political and media consultancy that advises UN agencies, NGOs and governments on international environmental, development, and social issues. He served as the UN’s Media Coordinator for NGOs, Trade Unions, and Business organizations at the UN Summits on Sustainable Development in Johannesburg (2002) and Rio de Janeiro (2012).