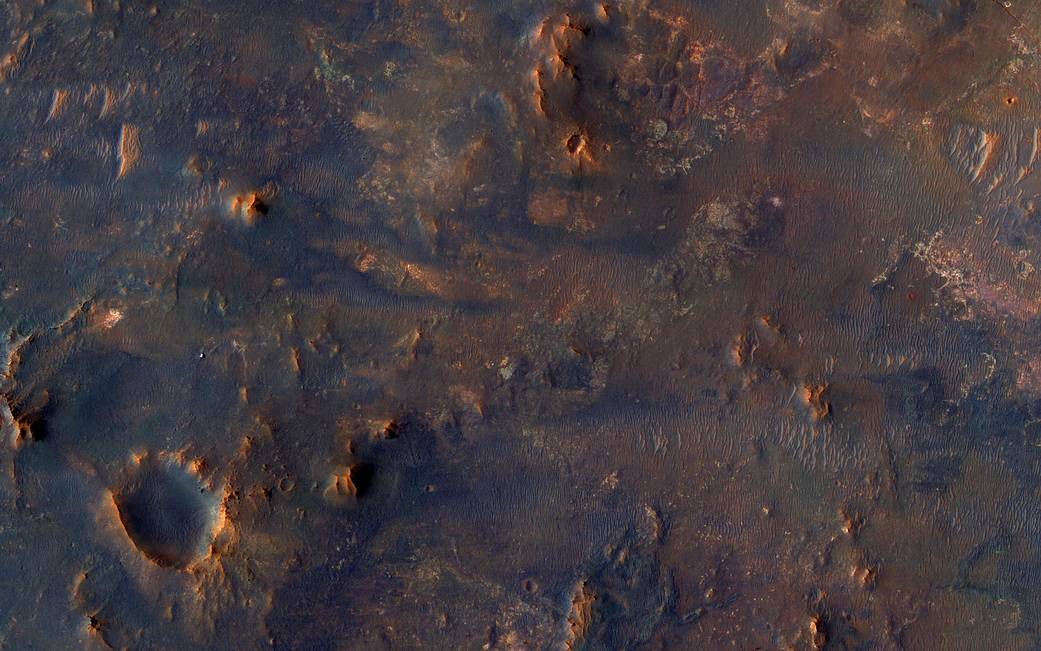 This scene is a jumbled mess. There are blocks and smears of many different rocks types that appear to have been dumped into a pile.
That's probably about what happened, as ejecta from the Isidis impact basin to the east. This pile of old rocks is an island surrounded by younger lava flows from Syrtis Major.
The map is projected here at a scale of 25 centimeters (9.8 inches) per pixel. [The original image scale is 27.4 centimeters (10.8 inches) per pixel (with 1 x 1 binning); objects on the order of 82 centimeters (32.2 inches) across are resolved.] North is up.
The University of Arizona, Tucson, operates HiRISE, which was built by Ball Aerospace & Technologies Corp., Boulder, Colo. NASA's Jet Propulsion Laboratory, a division of Caltech in Pasadena, California, manages the Mars Reconnaissance Orbiter Project for NASA's Science Mission Directorate, Washington.
Image Credit: NASA/JPL-Caltech/Univ. of Arizona
Editor: Tony Greicius
Publicado por salud equitativa en 5:52