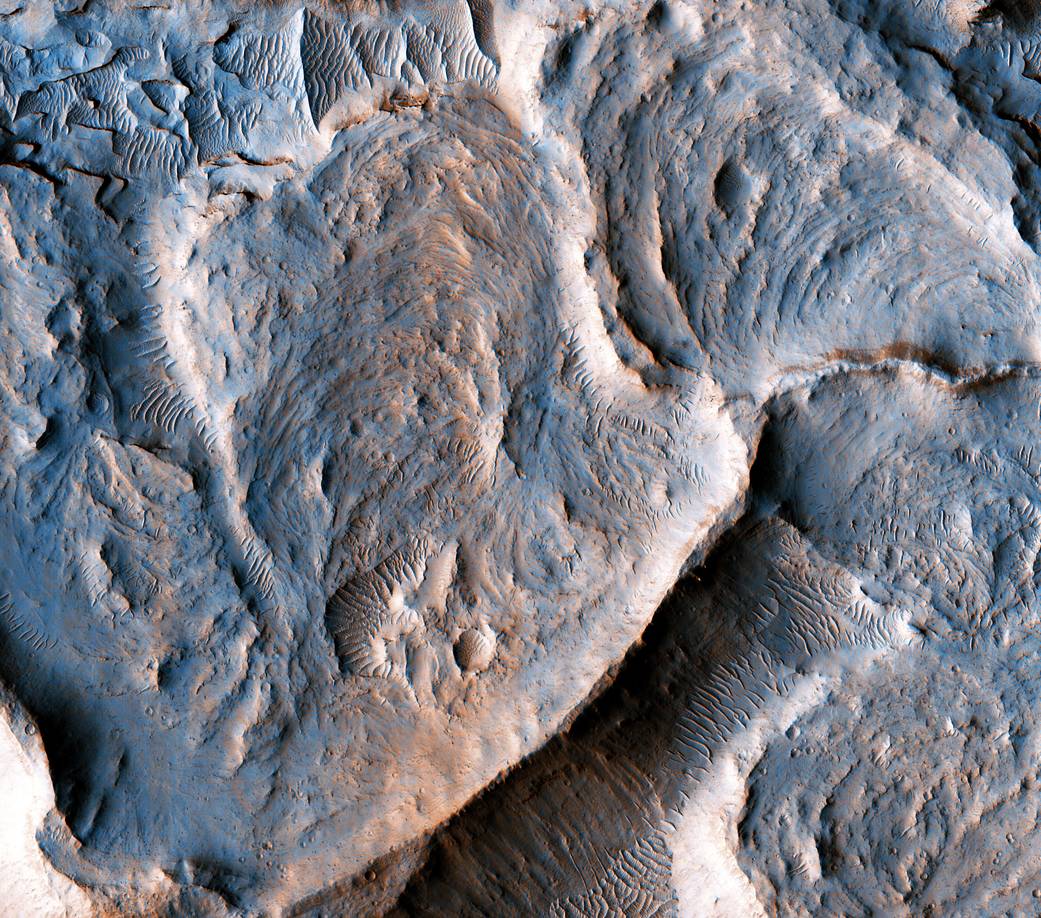 This is a portion of an inverted fluvial channel in the region of Aeolis/Zephyria Plana, at the Martian equator.
Channels become inverted when the sediments filling them become more resistant to erosion than the surrounding material. Here, the most likely process leading to hardening of the channel material is chemical cementation by precipitation of minerals. Once the surrounding material erodes, the channel is left standing as a ridge. The series of curvilinear lineations are ancient scroll-bars, which are features typical of river meanders (bends) in terrestrial fluvial channels.
Scroll-bars are series of ridges that result from the continuous lateral migration of a meander. On Earth, they are more common in mature rivers. The presence of scroll bars suggests that the water flow in this channel may have been sustained for a relatively long time.
Measuring characteristics of these scroll-bars and meanders may help to estimate the amount of water that once flowed in this channel, aiding our understanding of the history of water on Mars.
The map is projected here at a scale of 25 centimeters (9.8 inches) per pixel. [The original image scale is 29.3 centimeters (11.5 inches) per pixel (with 1 x 1 binning); objects on the order of 88 centimeters (29.6 inches) across are resolved.] North is up.
This is a stereo pair with ESP_020528_1750.
The University of Arizona, Tucson, operates HiRISE, which was built by Ball Aerospace & Technologies Corp., Boulder, Colo. NASA's Jet Propulsion Laboratory, a division of Caltech in Pasadena, California, manages the Mars Reconnaissance Orbiter Project for NASA's Science Mission Directorate, Washington.
Image credit: NASA/JPL-Caltech/Univ. of Arizona
Image download options
Editor: Tony Greicius