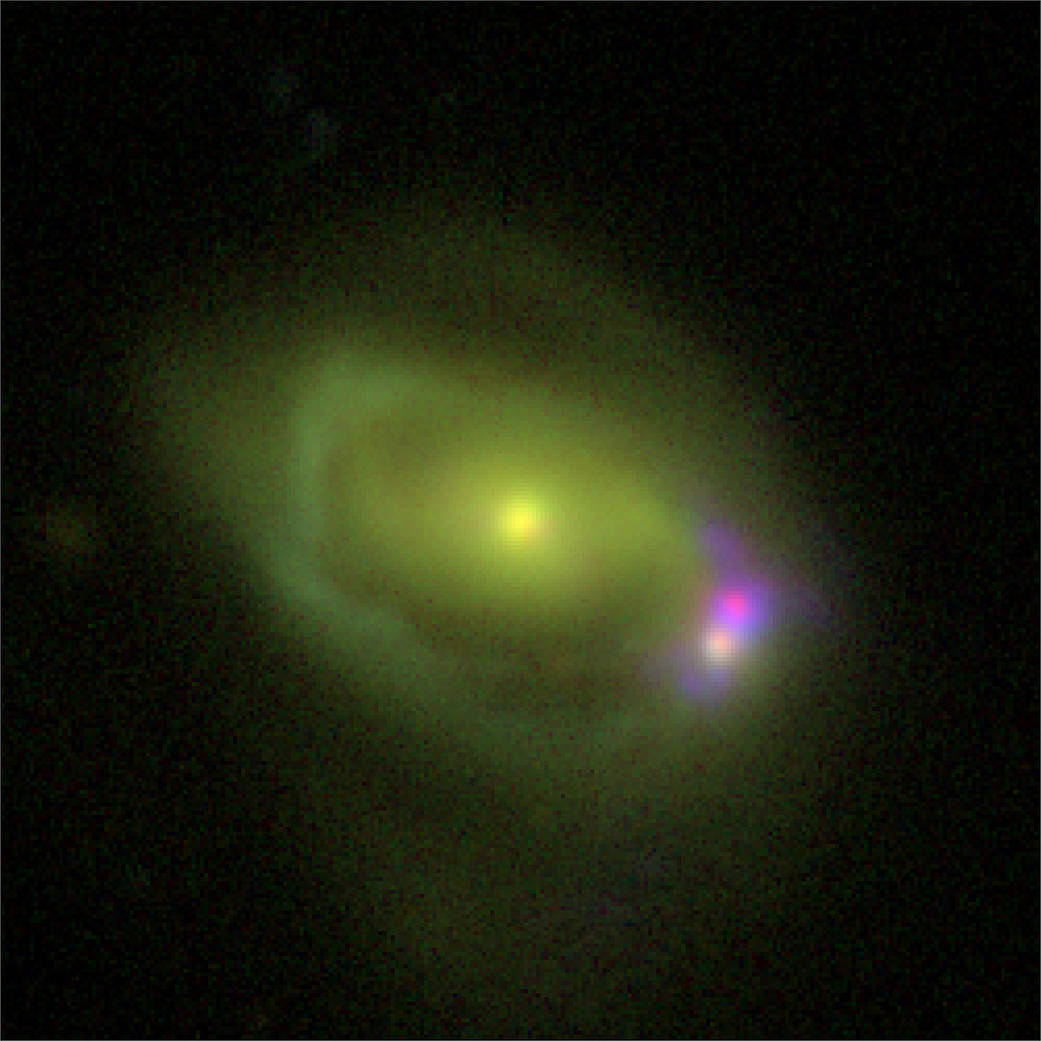 This optical image shows the Was 49 system, which consists of a large disk galaxy, Was 49a, merging with a much smaller "dwarf" galaxy Was 49b. The image was compiled using observations from the Discovery Channel Telescope in Happy Jack, Arizona, using the same color filters as the Sloan Digital Sky Survey.
The dark pink-colored emission stands out because of the intense ionizing radiation emanating from the powerful active galactic nucleus of the dwarf galaxy. Buried within this region of intense ionization is a faint collection of stars, shown in light pink, believed to be part of the galaxy surrounding the enormous black hole. These striking features lie on the outskirts of the much larger spiral galaxy Was 49a, which appears greenish in the image due to the distance to the galaxy and the optical filters used.
Since Was 49 is so far away, the colors in this image are optimized to separate highly-ionized gas emission, such as the pink-colored region around the feeding supermassive black hole, from normal starlight, shown in green. This allowed astronomers to more accurately determine the size of the dwarf galaxy that hosts the supermassive black hole.
Image credit: DCT/NRL
Editor: Martin Perez
Publicado por salud equitativa en 11:14