ÍNFIMO | Checking in on Bleriot | NASA

Checking in on Bleriot | NASA

Checking in on Bleriot 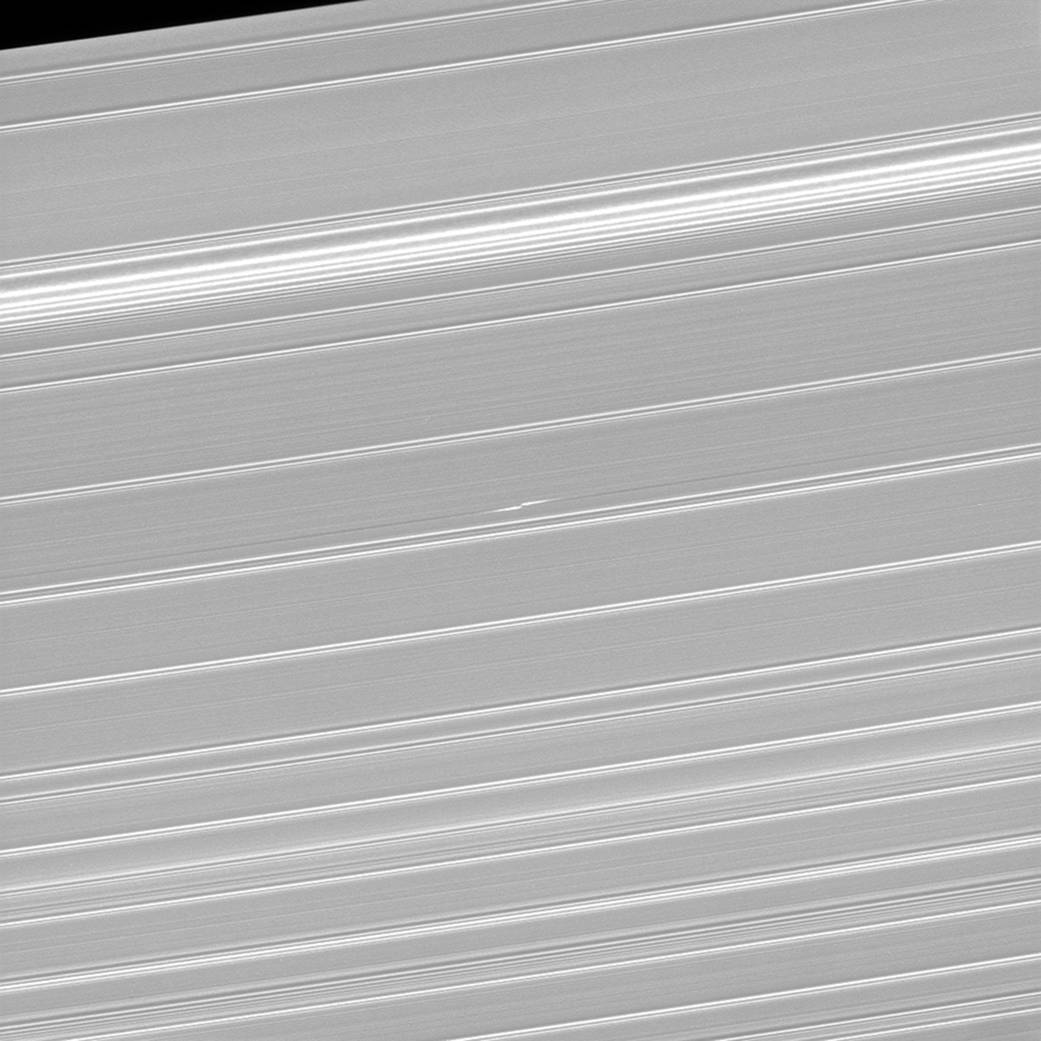 What appears as a pair of bright dashes at the center of this image is one of the features rings scientists have dubbed "propellers." This particular propeller, named Bleriot, marks the presence of a body that is much larger than the particles that surround it, yet too small to clear out a complete gap in the rings (like Pan and Daphnis) and become a moon in its own right. Although the moonlet at the core of the propeller is itself too small to see, the disturbances in the rings caused by its gravity betray its presence.
Cassini scientists have been tracking propeller features like this one for years in order to learn how their orbits change over time. From this, they hope to gain insight into how forming planets migrate in the disks in which they form.
For more on Bleriot, see PIA12792.
This view looks toward the sunlit side of the rings from about 59 degrees above the ring plane. The image was taken in visible light with the Cassini spacecraft narrow-angle camera on Jan. 9, 2017.
The view was acquired at a distance of approximately 223,000 miles (359,000 kilometers) from Saturn and at a Sun-Saturn-spacecraft, or phase, angle of 73 degrees. Image scale is 1.2 miles (2 kilometers) per pixel.
The Cassini mission is a cooperative project of NASA, ESA (the European Space Agency) and the Italian Space Agency. The Jet Propulsion Laboratory, a division of the California Institute of Technology in Pasadena, manages the mission for NASA's Science Mission Directorate, Washington. The Cassini orbiter and its two onboard cameras were designed, developed and assembled at JPL. The imaging operations center is based at the Space Science Institute in Boulder, Colorado.
For more information about the Cassini-Huygens mission visit  http://saturn.jpl.nasa.gov and http://www.nasa.gov/cassini . The Cassini imaging team homepage is at http://ciclops.org .
Credit: NASA/JPL-Caltech/Space Science Institute
Editor: Martin Perez
Publicado por salud equitativa en 11:13