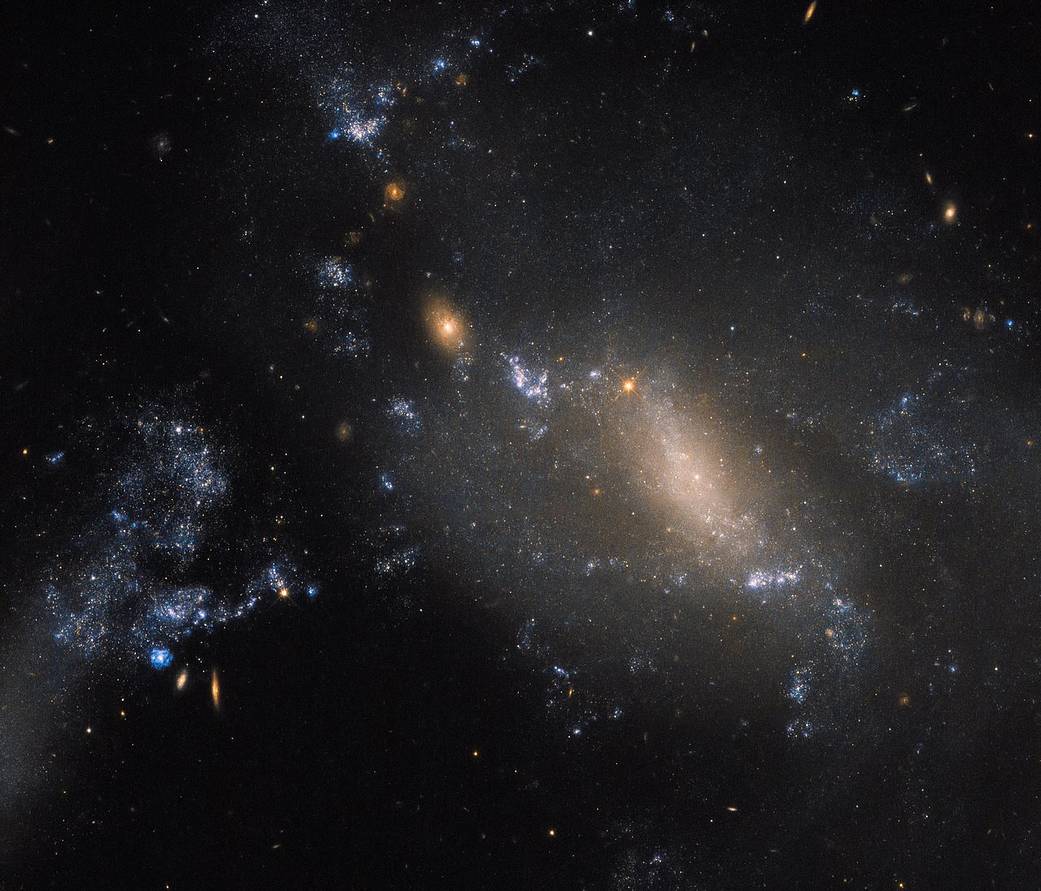 Some galaxies are harder to classify than others. Here, Hubble’s trusty Wide Field Camera 3 (WFC3) has captured a striking view of two interacting galaxies located some 60 million light-years away in the constellation of Leo (The Lion). The more diffuse and patchy blue glow covering the right side of the frame is known as NGC 3447 — sometimes NGC 3447B for clarity, as the name NGC 3447 can apply to the overall duo. The smaller clump to the upper left is known as NGC 3447A.
Overall, we know NGC 3447 comprises a couple of interacting galaxies, but we’re unsure what each looked like before they began to tear one another apart. The two sit so close that they are strongly influenced and distorted by the gravitational forces between them, causing the galaxies to twist themselves into the unusual and unique shapes seen here. NGC 3447A appears to display the remnants of a central bar structure and some disrupted spiral arms, both properties characteristic of certain spiral galaxies. Some identify NGC 3447B as a former spiral galaxy, while others categorize it as being an irregular galaxy.
Image credit: ESA/Hubble & NASAText credit: European Space Agency
Editor: Karl Hille
Publicado por salud equitativa en 5:47