Against the backdrop of the 1950s Cold War, after the Soviet Union successfully launched Sputnik, Americans were determined to launch their own Earth-orbiting satellite. Flash back to events leading up to the successful launch of America's Explorer 1, and the beginnings of America's Space Age, as told through newsreel and documentary clips of the time. 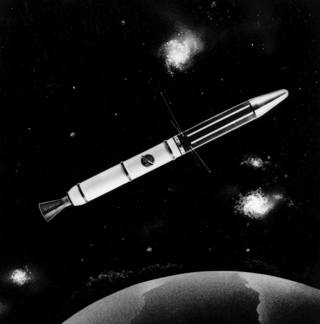 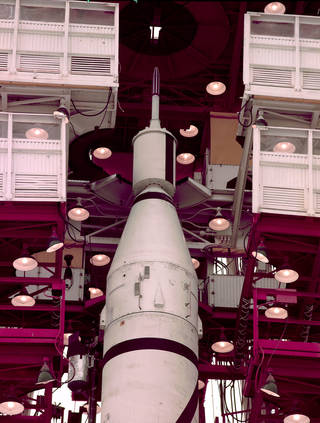 Explorer 1 sits atop the Jupiter-C rocket (designated "Juno-1") in the gantry as its launch date nears.
Credits: NASA 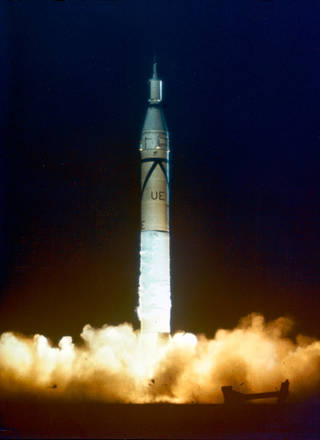 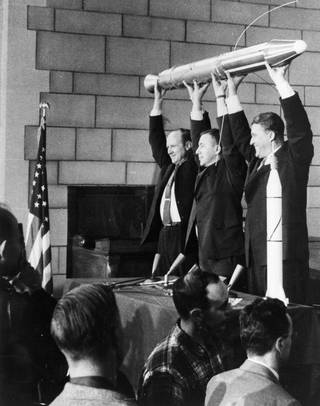