Bound Together by Gravity 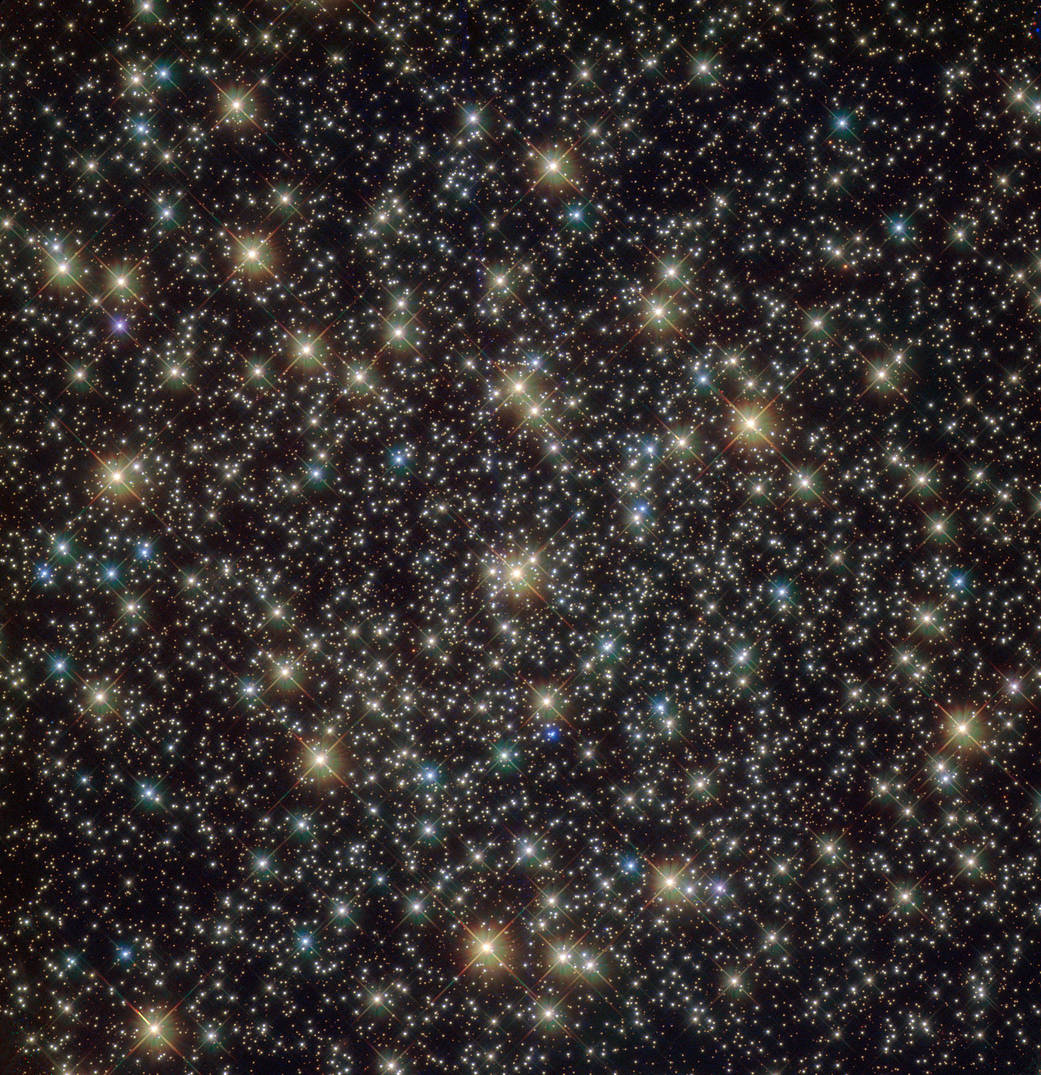 This image from the NASA/ESA Hubble Space Telescope reveals a glistening and ancient globular cluster named NGC 3201 — a gathering of hundreds of thousands of stars bound together by gravity. NGC 3201 was discovered in 1826 by the Scottish astronomer James Dunlop, who described it as a “pretty large, pretty bright” object that becomes “rather irregular” towards its center.
Globular clusters are found around all large galaxies, but their origin and role in galaxy formation remain tantalizingly unclear. Astronomers recently discovered a black hole lurking at the heart of NGC 3201 — its position was revealed by the strange movements of a star being quickly flung around a massive, invisible counterpart. This sparkling group of stars also has some strange properties that make it unique amongst the more than 150 globular clusters belonging to the Milky Way. NGC 3201 has an extremely fast velocity with respect to the Sun, and its orbit is retrograde, meaning that it moves speedily in the opposite direction to the galactic center.
The unusual behavior of this cluster suggests that it may have extragalactic origins but at some point was captured by the Milky Way’s gravity. However, the chemical makeup of this intriguing cluster tells a different story — the stars within NGC 3201 are chemically very similar to those of other galactic globular clusters, implying that they formed at a similar location and time to their neighbors.
Whether this mysterious cluster was adopted by our galaxy or has for some reason evolved very differently from the family of clusters it grew up with, it is certainly an unusual astronomical beauty.
Credit: ESA/Hubble & NASA, Acknowledgement: Sarajedini et alText credit: European Space Agency
Editor: Karl Hille
Publicado por salud equitativa en 9:39