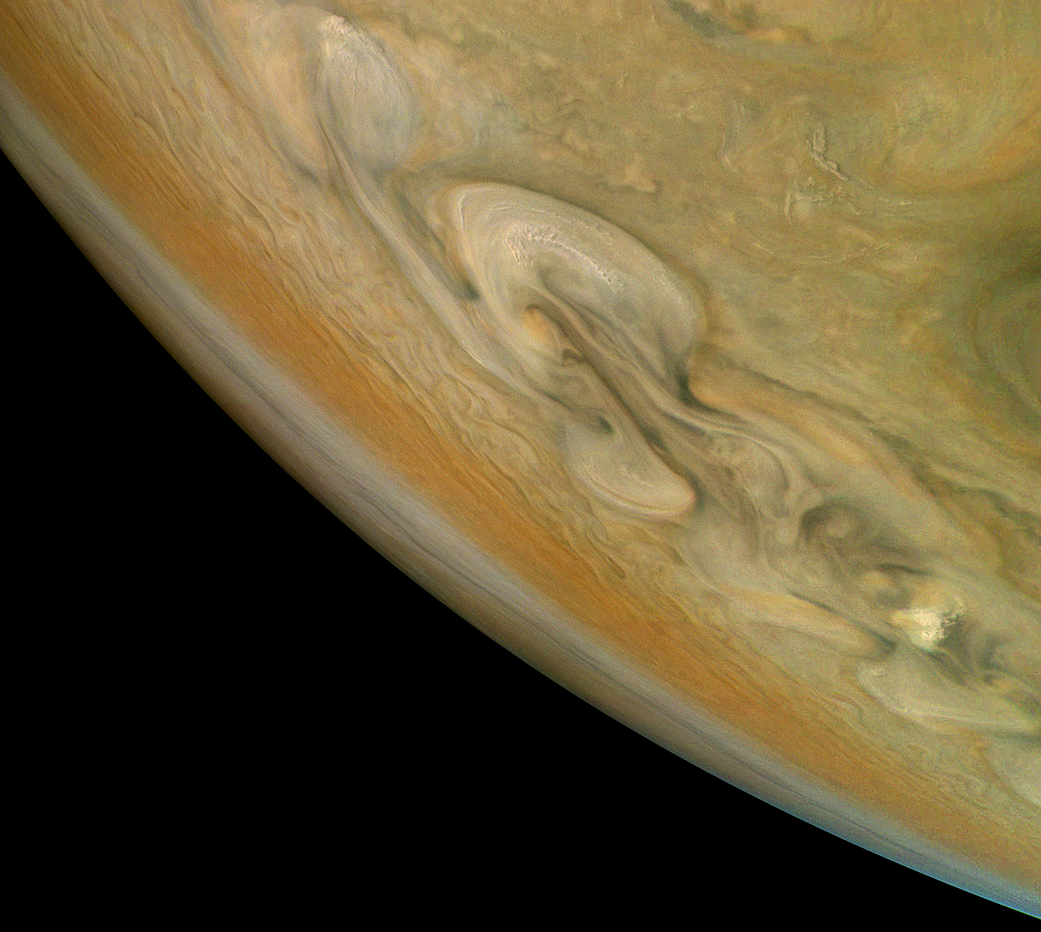 See Jupiter’s northern polar belt region in this new view taken by NASA’s Juno spacecraft.
This color-enhanced image was taken on Dec. 16, 2017 at 9:47 a.m. PST (12:47 p.m. EST), as Juno performed its tenth close flyby of Jupiter. At the time the image was taken, the spacecraft was about 5,600 miles (8,787 kilometers) from the tops of the clouds of the planet at a latitude of 38.4 degrees north.
Citizen scientist Björn Jónsson processed this image using data from the JunoCam imager. This image has been processed from the raw JunoCam framelets by removing the effects of global illumination. Jónsson then increased the contrast and color and sharpened smallscale features. The image has also been cropped.
While at first glance the view may appear to be in Jupiter’s south, the raw source images were obtained when Juno was above the planet’s northern hemisphere looking south, potentially causing a sense of disorientation to the viewer. The geometry of the scene can be explored using the time of the image and the Juno mission module of NASA’s Eyes on the Solar System.
JunoCam's raw images are available for the public to peruse and process into image products at:
www.missionjuno.swri.edu/junocam
More information about Juno is at:
https://www.nasa.gov/juno and http://missionjuno.swri.edu
Image credits: NASA/JPL-Caltech/SwRI/MSSS/Björn Jónsson
Editor: Tony Greicius
Publicado por salud equitativa en 9:38