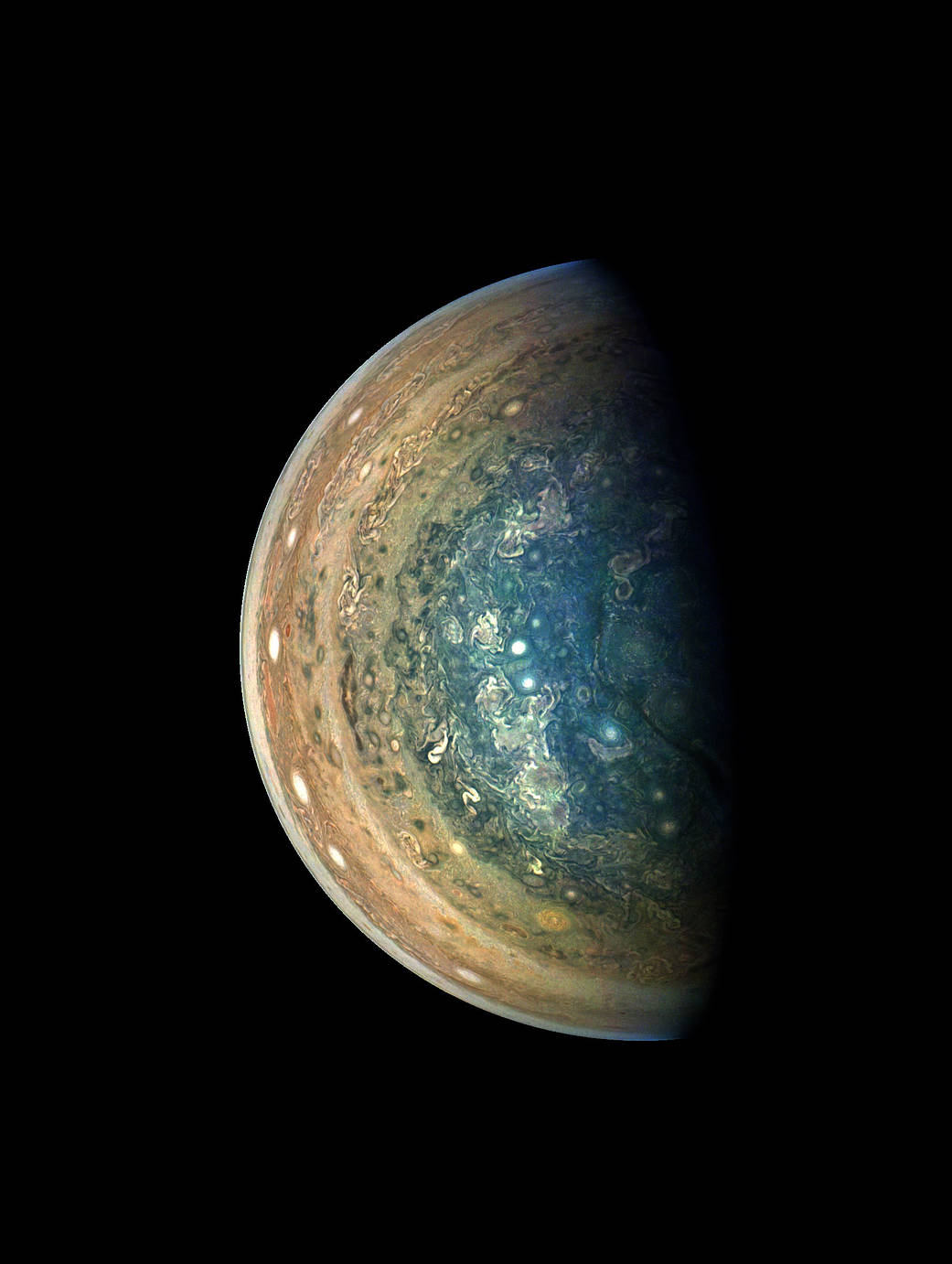 This image of Jupiter’s swirling south polar region was captured by NASA’s Juno spacecraft as it neared completion of its tenth close flyby of the gas giant planet.
The “empty” space above and below Jupiter in this color-enhanced image can trick the mind, causing the viewer to perceive our solar system’s largest planet as less colossal than it is. In reality, Jupiter is wide enough to fit 11 Earths across its clouded disk.
The spacecraft captured this image on Dec. 16, 2017, at 11:07 PST (2:07 p.m. EST) when the spacecraft was about 64,899 miles (104,446 kilometers) from the tops of the clouds of the planet at a latitude of 83.9 degrees south — almost directly over Jupiter’s south pole.
The spatial scale in this image is 43.6 miles/pixel (70.2 kilometers/pixel).
Citizen scientist Gerald Eichstädt processed this image using data from the JunoCam imager.
JunoCam's raw images are available for the public to peruse and process into image products at:
www.missionjuno.swri.edu/junocam
More information about Juno is at:
https://www.nasa.gov/juno and http://missionjuno.swri.edu
Image credits: NASA/JPL-Caltech/SwRI/MSSS/Gerald Eichstädt
Editor: Tony Greicius
Publicado por salud equitativa en 13:57