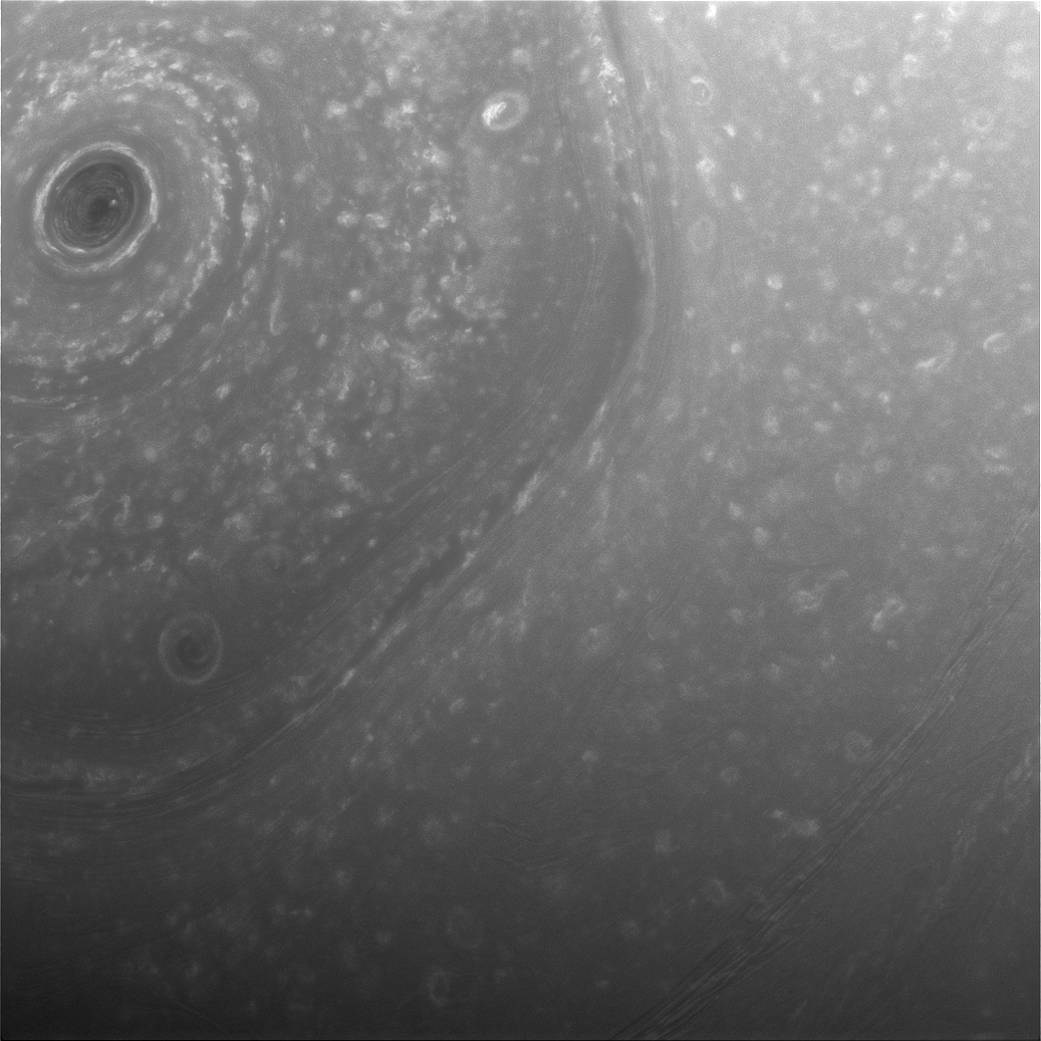 This view from NASA's Cassini spacecraft was obtained about half a day before its first close pass by the outer edges of Saturn's main rings during its penultimate mission phase.
The view shows part of the giant, hexagon-shaped jet stream around the planet's north pole. Each side of the hexagon is about as wide as Earth. A circular storm lies at the center, at the pole (see PIA14944).
The image was taken with the Cassini spacecraft wide-angle camera on Dec. 3, 2016, at a distance of about 240,000 miles (390,000 kilometers) from Saturn. Image scale is 14 miles (23 kilometers) per pixel.
The Cassini mission is a cooperative project of NASA, ESA (the European Space Agency) and the Italian Space Agency. The Jet Propulsion Laboratory, a division of the California Institute of Technology in Pasadena, manages the mission for NASA's Science Mission Directorate, Washington. The Cassini orbiter and its two onboard cameras were designed, developed and assembled at JPL. The imaging operations center is based at the Space Science Institute in Boulder, Colorado.
For more information about the Cassini-Huygens mission visit http://saturn.jpl.nasa.gov and http://www.nasa.gov/cassini. The Cassini imaging team homepage is at http://ciclops.org.
Image Credit: NASA/JPL-Caltech/Space Science Institute
Editor: Tony Greicius
Publicado por salud equitativa en 4:12