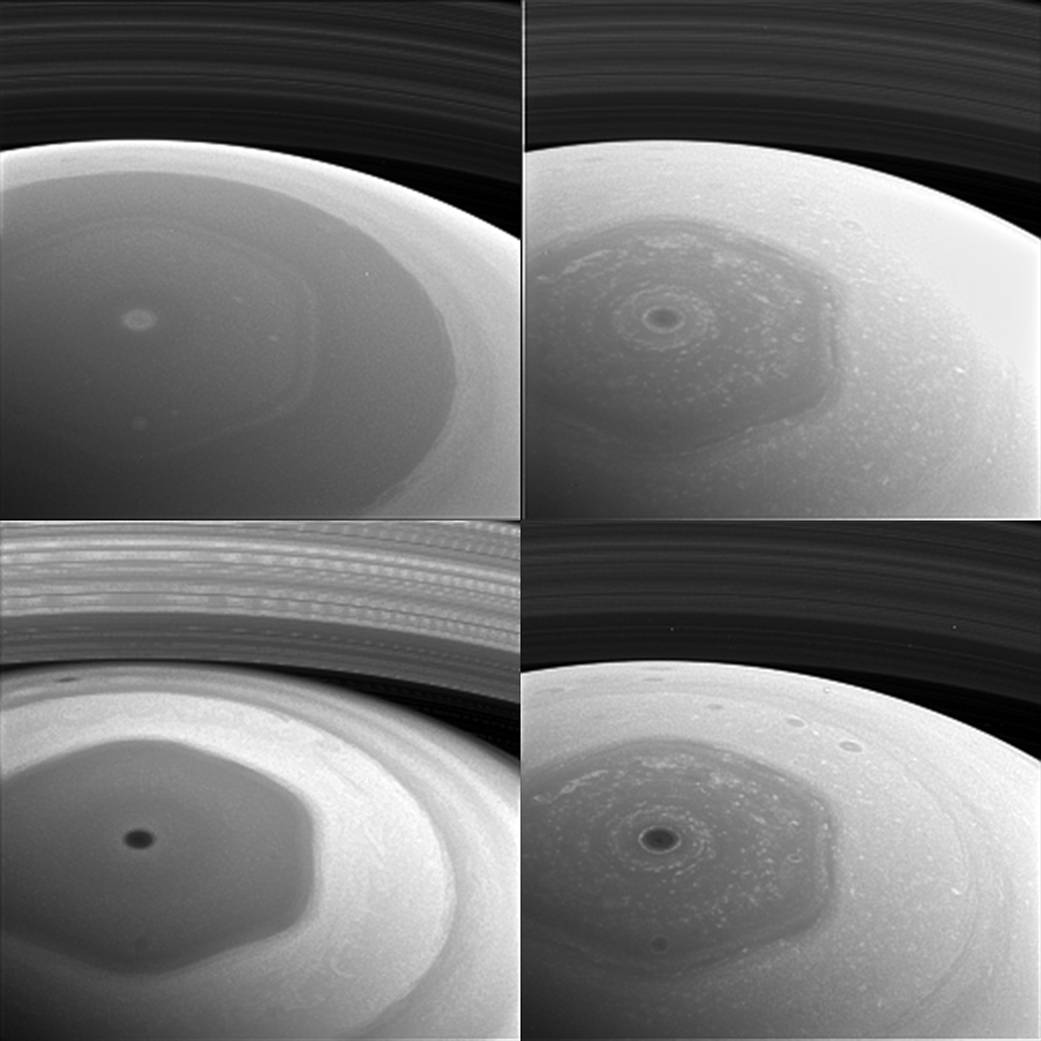 This collage of images from NASA's Cassini spacecraft shows Saturn's northern hemisphere and rings as viewed with four different spectral filters. Each filter is sensitive to different wavelengths of light and reveals clouds and hazes at different altitudes.
Clockwise from top left, the filters used are sensitive to violet (420 nanometers), red (648 nanometers), near-infrared (728 nanometers) and infrared (939 nanometers) light.
The image was taken with the Cassini spacecraft wide-angle camera on Dec. 2, 2016, at a distance of about 400,000 miles (640,000 kilometers) from Saturn. Image scale is 95 miles (153 kilometers) per pixel.
The images have been enlarged by a factor of two. The original versions of these images, as sent by the spacecraft, have a size of 256 pixels by 256 pixels. Cassini's images are sometimes planned to be compressed to smaller sizes due to data storage limitations on the spacecraft, or to allow a larger number of images to be taken than would otherwise be possible.
These images were obtained about two days before its first close pass by the outer edges of Saturn's main rings during its penultimate mission phase.
The Cassini mission is a cooperative project of NASA, ESA (the European Space Agency) and the Italian Space Agency. The Jet Propulsion Laboratory, a division of the California Institute of Technology in Pasadena, manages the mission for NASA's Science Mission Directorate, Washington. The Cassini orbiter and its two onboard cameras were designed, developed and assembled at JPL. The imaging operations center is based at the Space Science Institute in Boulder, Colorado.
For more information about the Cassini-Huygens mission visit http://saturn.jpl.nasa.gov and http://www.nasa.gov/cassini. The Cassini imaging team homepage is at http://ciclops.org.
Image Credit: NASA/JPL-Caltech/Space Science Institute
Editor: Tony Greicius