Who Was John Glenn? | NASA

Who Was John Glenn? | NASA

Who Was John Glenn? 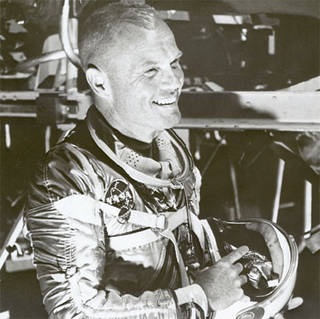 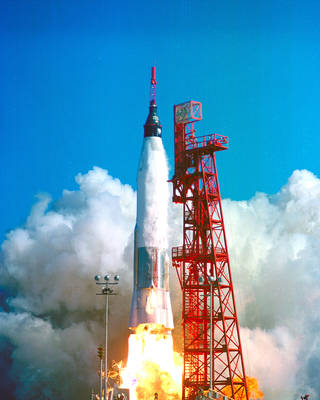 John Glenn became the oldest person to fly in space on his second flight. In 1998, he flew aboard space shuttle Discovery.
Credits: NASA
This article is part of the NASA Knows! (Grades 5-8) series.
John Glenn was a NASA astronaut. He was part of the first group of astronauts NASA selected. In 1962, he became the first American to orbit Earth. After leaving NASA, he became a U.S. senator. Later, he became the oldest person to fly in space.
What Did John Glenn Do Before He Was an Astronaut?John Glenn was born in Ohio. He was attending college when the United States entered World War II. Glenn left college and joined the military. He became a Marine pilot. He flew combat missions in the Pacific. Later, Glenn trained pilots and then flew in the Korean War. After Korea, he became a test pilot. In 1957, he set a speed record for flying across the U.S., travelling at 726 mph.
What Did John Glenn Do as an Astronaut?In 1959, NASA selected its first group of astronauts, the “Mercury Seven.” They were called this because the seven men would fly on the Mercury spacecraft. In 1962, John Glenn became the first American astronaut to orbit Earth. Two cosmonauts from the former Soviet Union already had orbited Earth, including Yuri Gagarin, the first man in space. Two American astronauts had been in space, but neither had orbited the planet.
John Glenn’s Mercury mission launched on Feb. 20, 1962. He named his spacecraft “Friendship 7.” He made three orbits of Earth and spent about five hours in space. His mission successfully showed that the Mercury spacecraft worked in space the way it was intended. The mission also helped NASA learn more about being in space.
What Did John Glenn Do After He Left NASA?John Glenn resigned from NASA two years after his Mercury flight. When he left NASA, he ran for the U.S. Senate from the state of Ohio. An injury forced him to withdraw from that race. He went on to be elected to the U.S. Senate in 1974, and served in the senate for 25 years. In 1984, John Glenn ran for U.S. president but did not win the Democratic nomination. After leaving the Senate in 1999, he became an adjunct professor at Ohio State University. In 1999, NASA renamed its field center in Cleveland, Ohio, “John H. Glenn Research Center” after him.
What Happened on John Glenn's Second Spaceflight?In 1998, NASA announced that John Glenn would be making a second spaceflight, 36 years after his first flight. That was the longest time any astronaut had gone between two spaceflights.
The purpose of his flight was to study the effects of spaceflight on the elderly. NASA doctors had followed Glenn’s health since he first became an astronaut. They were able to use that data to understand how spaceflight affected him on his second flight. He flew with six other astronauts on the STS-95 mission of the space shuttle Discovery. At 77 years old, he became the oldest person to fly in space.
How Long Did John Glenn Live?John Glenn was born on July 18, 1921, in Cambridge, Ohio. He died on Dec. 8, 2016, in Columbus, Ohio. He was 95 years old.
Words to Knowcosmonaut: (n.) a Soviet or Russian astronautadjunct: (adj.) in a temporary or part-time position
More About John Glenn:John Glenn Image GalleryNASA Tribute to John GlennNASA Remembers American Legend John GlennJohn GlennFriendship 7STS-95What Was Project Mercury?John Glenn -- Space Pioneer
Read Who Was John Glenn? (Grades K-4)
Return to NASA Knows! (Grades 5-8)
Return to Students 5-8
David Hitt/NASA Educational Technology Services
Editor: Flint Wild
Publicado por salud equitativa en 5:54