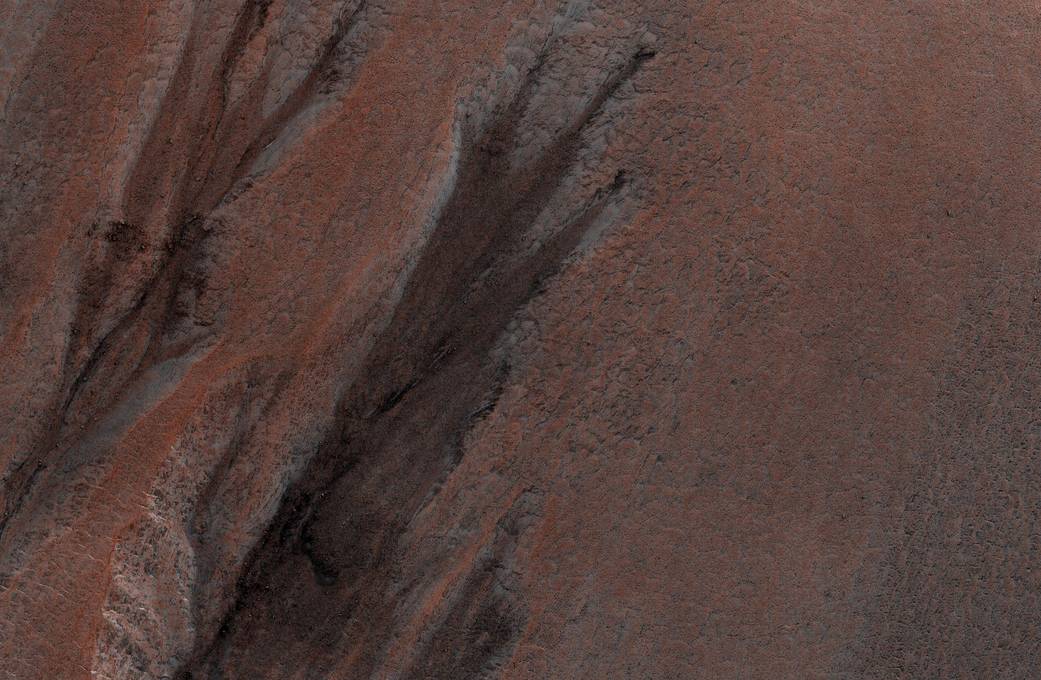 This is an odd-looking image. It shows gullies during the winter while entirely in the shadow of the crater wall. Illumination comes only from the winter skylight.
We acquire such images because gullies on Mars actively form in the winter when there is carbon dioxide frost on the ground, so we image them in the winter, even though not well illuminated, to look for signs of activity. The dark streaks might be signs of current activity, removing the frost, but further analysis is needed.
NB: North is down in the cutout, and the terrain slopes towards the bottom of the image.
The map is projected here at a scale of 50 centimeters (19.7 inches) per pixel. [The original image scale is 62.3 centimeters (24.5 inches) per pixel (with 2 x 2 binning); objects on the order of 187 centimeters (73.6 inches) across are resolved.] North is up.
The University of Arizona, Tucson, operates HiRISE, which was built by Ball Aerospace & Technologies Corp., Boulder, Colo. NASA's Jet Propulsion Laboratory, a division of Caltech in Pasadena, California, manages the Mars Reconnaissance Orbiter Project for NASA's Science Mission Directorate, Washington.
Image credit: NASA/JPL-Caltech/Univ. of Arizona
Editor: Tony Greicius
Publicado por salud equitativa en 7:14