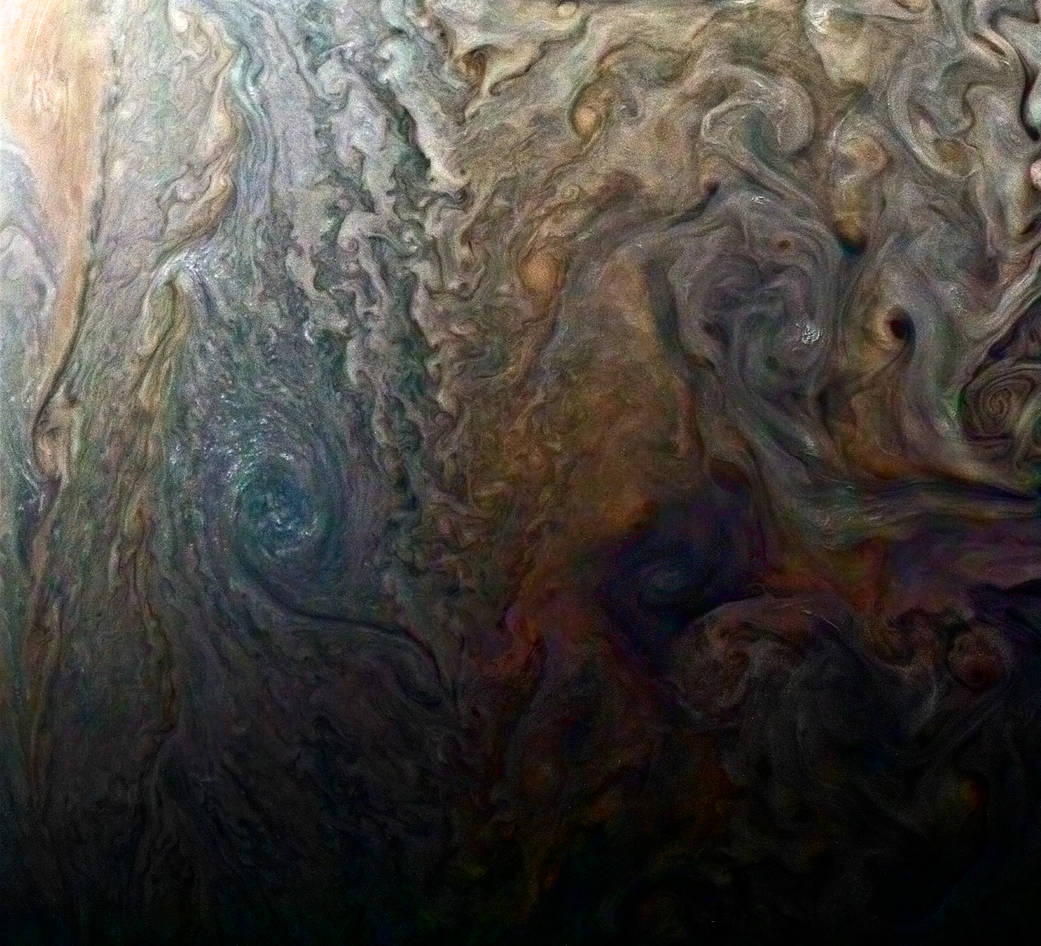 This enhanced-color image of a mysterious dark spot on Jupiter seems to reveal a Jovian “galaxy” of swirling storms.
Juno acquired this JunoCam image on Feb. 2, 2017, at 5:13 a.m. PDT (8:13 a.m. EDT), at an altitude of 9,000 miles (14,500 kilometers) above the giant planet’s cloud tops. This publicly selected target was simply titled “Dark Spot.” In ground-based images it was difficult to tell that it is a dark storm.
Citizen scientist Roman Tkachenko enhanced the color to bring out the rich detail in the storm and surrounding clouds.  Just south of the dark storm is a bright, oval-shaped storm with high, bright, white clouds, reminiscent of a swirling galaxy. As a final touch, he rotated the image 90 degrees, turning the picture into a work of art.
JunoCam's raw images are available at www.missionjuno.swri.edu/junocam for the public to peruse and process into image products.
More information about Juno is at:
http://www.nasa.gov/juno and http://missionjuno.swri.edu .
Credits: NASA/JPL-Caltech/SwRI/MSSS/Roman Tkachenko
Editor: Martin Perez
Publicado por salud equitativa en 11:17