Landsat 'Sees in the Dark'

As Antarctica remains shrouded in darkness during the Southern Hemisphere winter, the Thermal Infrared Sensor (TIRS) on Landsat 8 captured a new snap of the 2,240-square-mile iceberg that split off from the Antarctic Peninsula’s Larsen C ice shelf on July 10-12. The satellite imagery is a composite of Landsat 8 as it passed on July 14 and July 21 and shows that the main berg, A-68, has already lost several smaller pieces. The A-68 iceberg is being carried by currents northward out of its embayment on the Larsen C ice shelf. The latest imagery also details a group of three small, not yet released icebergs at the north end of the embayment.
For more information: https://www.nasa.gov/feature/goddard/2017/massive-iceberg-breaks-off-from-antarctica​ 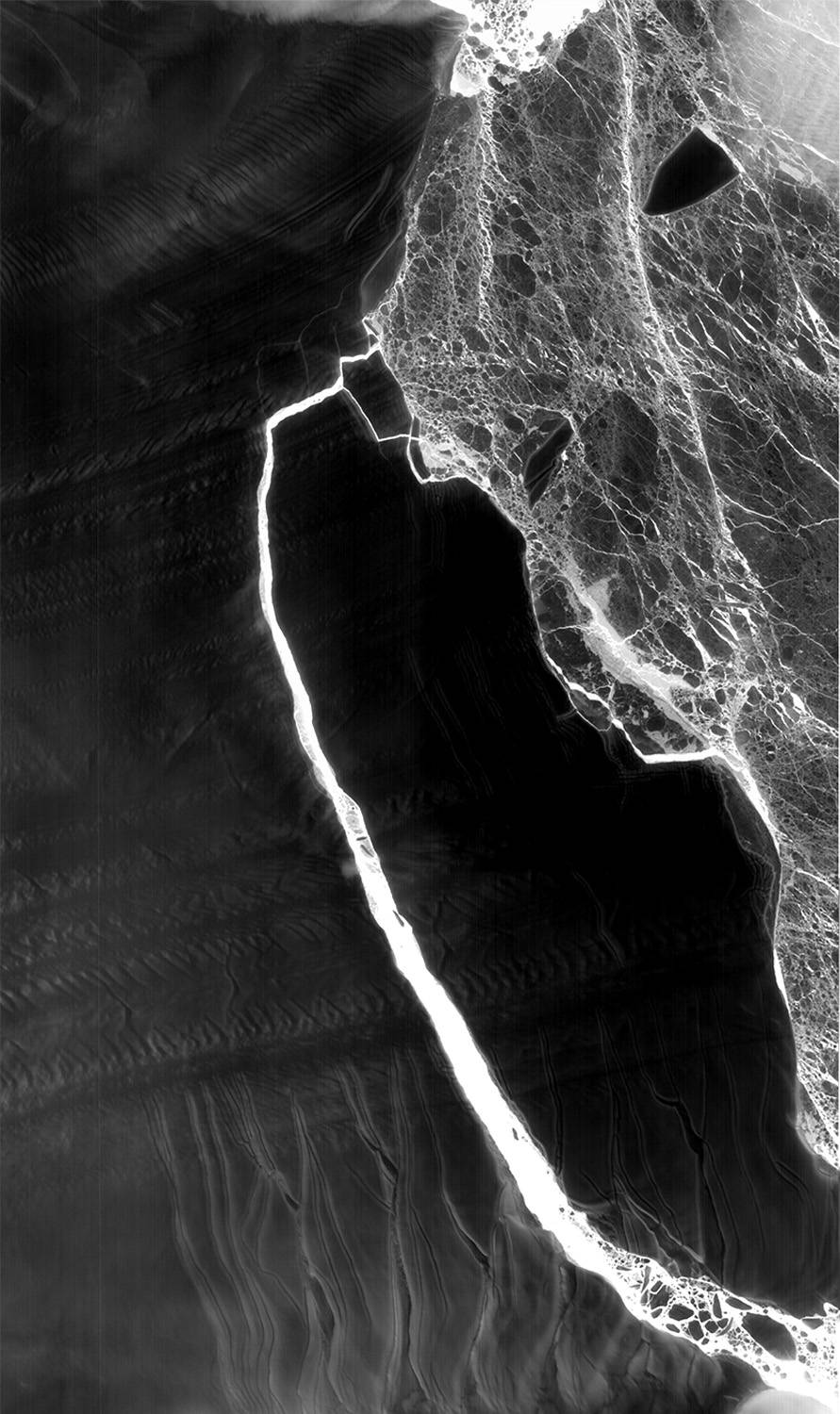