Bent, Not Broken: Stories of prominent Partition survivors come together in a new book | Lifestyle News, The Indian Express

Bent, Not Broken: Stories of prominent Partition survivors come together in a new book | Lifestyle News, The Indian Express

Bent, Not Broken: Stories of prominent Partition survivors come together in a new book 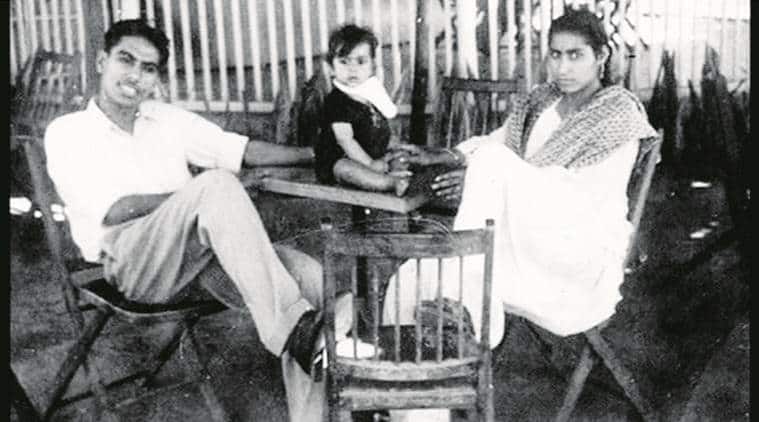 
At the time of Partition, former Prime Minister Manmohan Singh was merely 14 and had just taken his matriculation exam, hoping that somehow results will be released in the middle of all the din. “But I was not in luck. Partition came in the way and Punjab University itself was divided into two parts. The new East Punjab University arranged for matric exams in February 1948,” Singh says in the opening chapter of the book Divided By Partition, United By Resilience (Rupa Publications; Rs 295). The chapter also details how he left his ancestral home in Gah and came to settle in Amritsar, and how even though he made several trips to Pakistan, he skipped Gah because of “the memory of his grandfather and others who were killed for no reason”.
Ninety-five-year-old Dharampal Gulati, to whom another chapter is dedicated, is one of the highest paid CEOs in India. Born in Sialkot, where each night, they “heard the shouts of Allah hu Akbar, Har har Mahadev”, Gulati had no idea that one day he would leave home and his father’s kirana store and live as a refugee in a camp. But fortune turned once he and his family set foot into Amritsar. Gulati today helms the Rs 1000-crore MDH masala empire.
Singh and Gulati are among the 19 others, whose stories form the book by Mallika Ahluwalia, curator and co-founder of the Partition Museum in Amritsar. “Millions were impacted by the Partition of India, and each one of them has a story. Each one of them is a story,” she says. The others include veteran BJP leader LK Advani, artists Krishen Khanna and Satish Gujral, author Ajeet Cour, lyricist Gulzar, journalist Kuldip Nayar and industrialist Brij Mohan Munjal.
“Each of the stories differs in terms of family background, their migration and rehabilitation experience, the opportunities they had and the career paths they chose, but the common thread that runs through their lives is resilience,” says Ahluwalia, “At the Partition Museum, while we recorded their testimonies, their lack of bitterness was striking, even among those who suffered deep trauma, because all those who made it, had one kind person back home to thank. Also, there was no blaming the other because everyone knew that people on both sides suffered.”
Advertising
Talking about the sheer violence unleashed in those times, Khanna recalls, “One evening, when men returned home from work, they discovered that women had already been sent ahead (to India) on trains. Upon reaching India, the women waited and waited for their husbands to join them, but no one came. Their men, who were left behind in Pakistan, had been murdered.”

During the book launch in Delhi recently, a panel comprising Ahluwalia, Cour, Khanna, Gujral and Anjolie Ela Menon discussed “reconciliation in the aftermath of the Partition through art and literature”. They observed how there is little in terms of paintings, short stories and poetry on the massacre that killed thousands on both sides of the border. Menon says, “I was too young at the time to have formulated a response. Besides Satish Gujral’s works and Khushwant Singh’s book (Train to Pakistan), there are very few stories. Perhaps, the pain of those time was too much to remember.” Khanna says, “Art is not done in the heat of the moment. I came to Shimla after taking seven days off from the printing press I was working with, back home in Pakistan. And for six years, I couldn’t return. What Partition did to us was not for just that instant, it was for a lifetime.”
Publicado por salud equitativa en 10:28