Hubble Sees a Legion of Galaxies 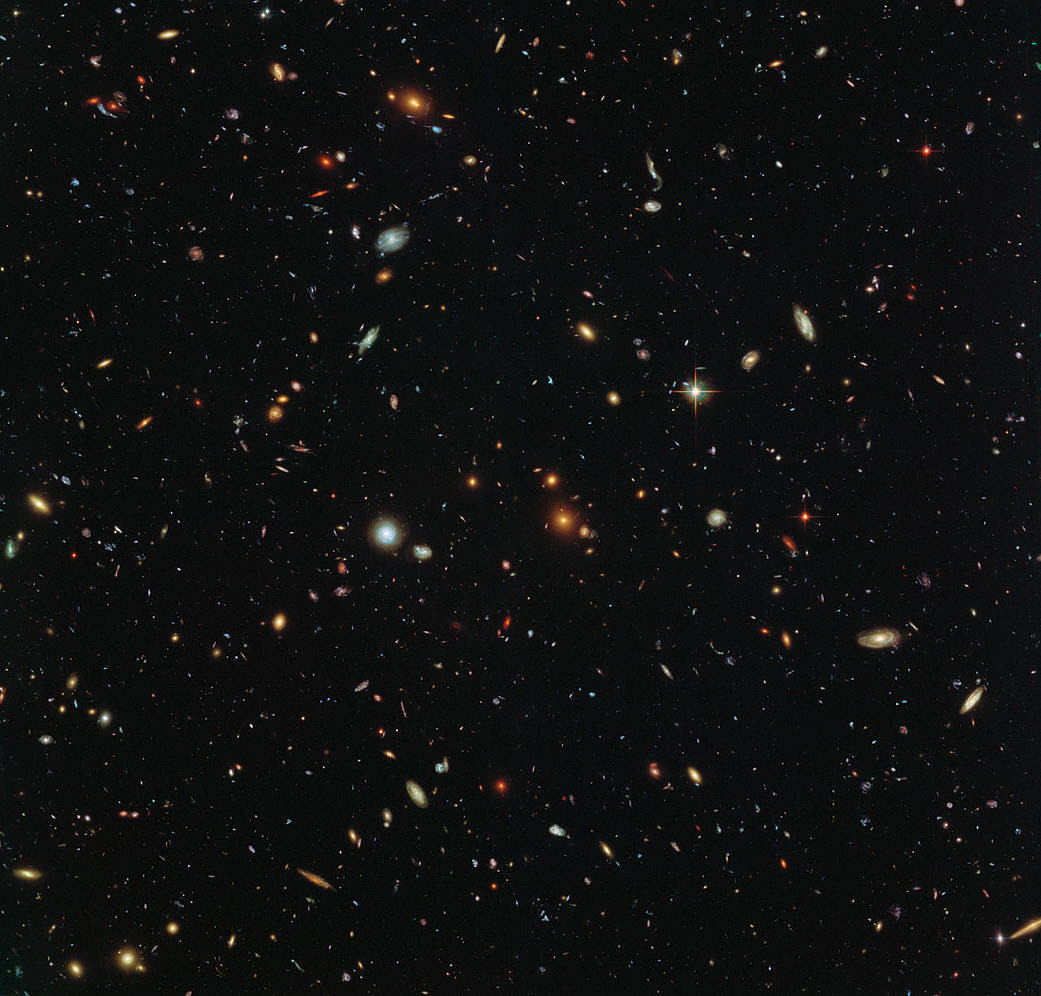 Peering deep into the early universe, this picturesque parallel field observation from the NASA/ESA Hubble Space Telescope reveals thousands of colorful galaxies swimming in the inky blackness of space. A few foreground stars from our own galaxy, the Milky Way, are also visible.
In October 2013 Hubble’s Wide Field Camera 3 (WFC3) and Advanced Camera for Surveys (ACS) began observing this portion of sky as part of theFrontier Fields program. This spectacular skyscape was captured during the study of the giant galaxy cluster Abell 2744, otherwise known as Pandora’s Box. While one of Hubble’s cameras concentrated on Abell 2744, the other camera viewed this adjacent patch of sky near to the cluster.
Containing countless galaxies of various ages, shapes and sizes, this parallel field observation is nearly as deep as the Hubble Ultra-Deep Field. In addition to showcasing the stunning beauty of the deep universe in incredible detail, this parallel field — when compared to other deep fields — will help astronomers understand how similar the universe looks in different directions.
Image credit: NASA, ESA and the HST Frontier Fields team (STScI), Acknowledgement: Judy SchmidtText credit: European Space Agency
Editor: Ashley Morrow

Hubble and a Stellar Fingerprint 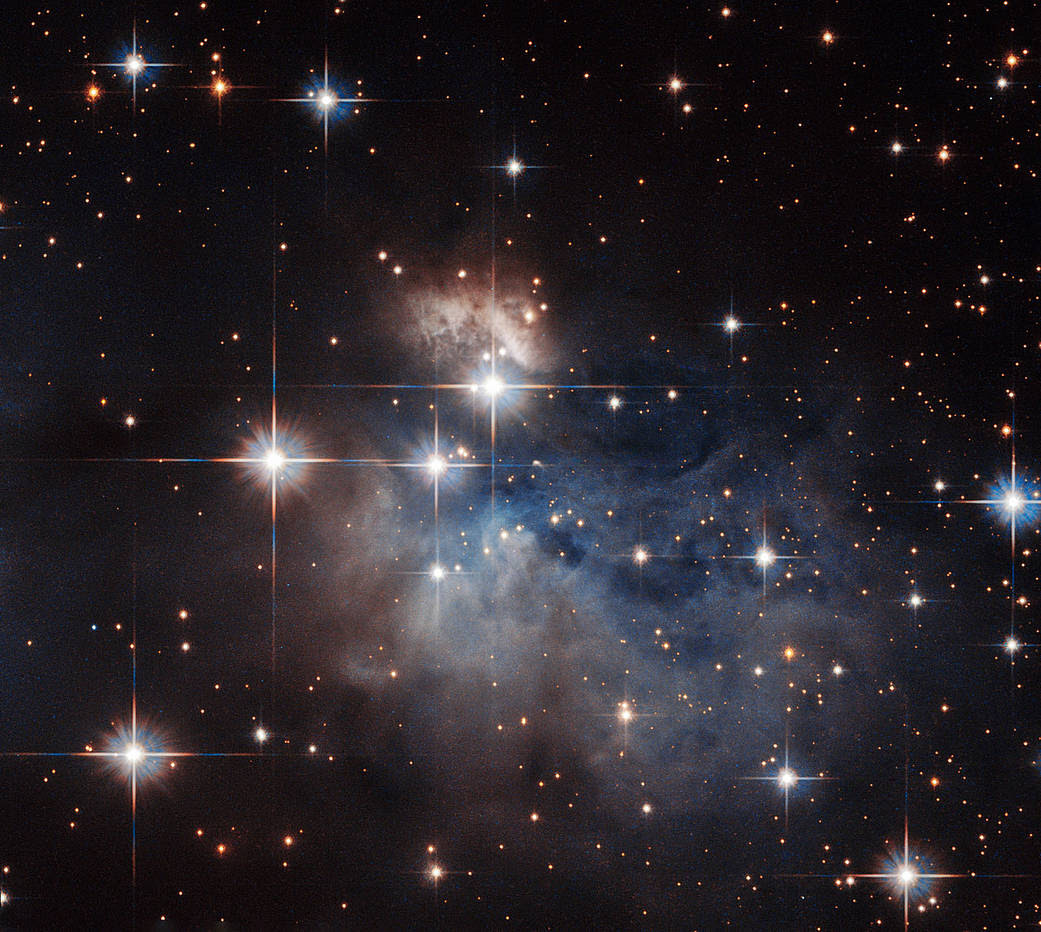 Showcased at the center of this NASA/ESA Hubble Space Telescope image is an emission-line star known as IRAS 12196-6300.
Located just under 2,300 light-years from Earth, this star displays prominent emission lines, meaning that the star’s light, dispersed into a spectrum, shows up as a rainbow of colors marked with a characteristic pattern of dark and bright lines. The characteristics of these lines, when compared to the “fingerprints” left by particular atoms and molecules, can be used to reveal IRAS 12196-6300’s chemical composition.
Under 10 million years old and not yet burning hydrogen at its core, unlike the sun, this star is still in its infancy. Further evidence of IRAS 12196-6300’s youth is provided by the presence of reflection nebulae. These hazy clouds, pictured floating above and below IRAS 12196-6300, are created when light from a star reflects off a high concentration of nearby dust, such as the dusty material still remaining from IRAS 12196-6300’s formation.
Text credit: European Space AgencyImage credit: ESA/Hubble & NASA, Acknowledgement: Judy Schmidt
Editor: Ashley Morrow