The ‘Face’ of Jupiter | NASA

The ‘Face’ of Jupiter 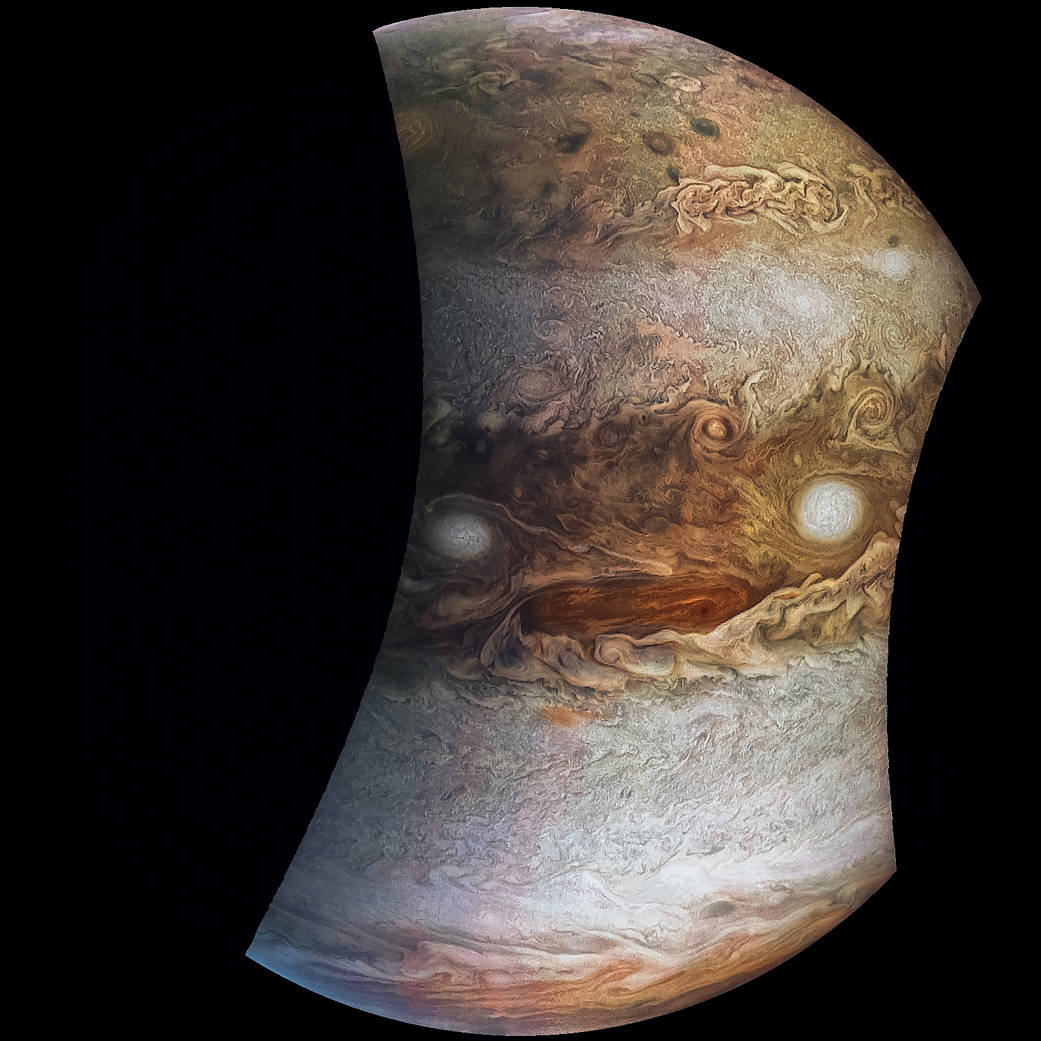 JunoCam images aren’t just for art and science – sometimes they are processed to bring a chuckle.  This image, processed by citizen scientist Jason Major, is titled “Jovey McJupiterface.” By rotating the image 180 degrees and orienting it from south up, two white oval storms turn into eyeballs, and the “face” of Jupiter is revealed.
The original image was acquired by JunoCam on NASA’s Juno spacecraft on May 19, 2017 at 11:20 a.m. PT (2: 20 p.m. ET) from an altitude of 12,075 miles (19,433 kilometers).
JunoCam's raw images are available for the public to peruse and process into image products at:
www.missionjuno.swri.edu/junocam
More information about Juno is at:
https://www.nasa.gov/juno and http://missionjuno.swri.edu
Credits: NASA/JPL-Caltech/SwRI/MSSS/Jason Major
Editor: Tony Greicius
Publicado por salud equitativa en 9:57