on Course for Mars Touchdown 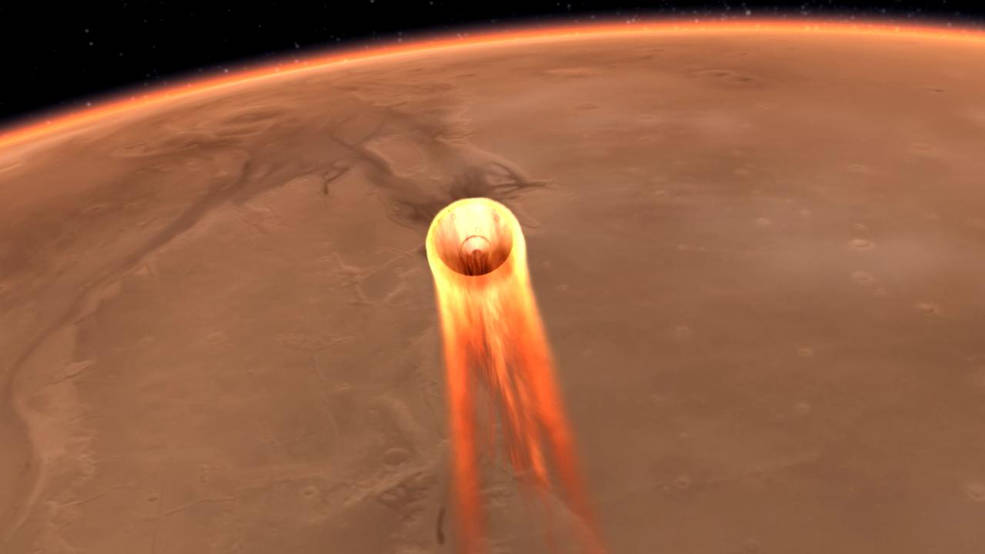 NASA's Mars Interior Exploration using Seismic Investigations, Geodesy and Heat Transport (InSight) spacecraft is on track for a soft touchdown on the surface of the Red Planet on Nov. 26, the Monday after Thanksgiving. But it's not going to be a relaxing weekend of turkey leftovers, football and shopping for the InSight mission team. Engineers will be keeping a close eye on the stream of data indicating InSight's health and trajectory, and monitoring Martian weather reports to figure out if the team needs to make any final adjustments in preparation for landing, only five days away.
"Landing on Mars is hard. It takes skill, focus and years of preparation," said Thomas Zurbuchen, associate administrator for the Science Mission Directorate at NASA Headquarters in Washington. "Keeping in mind our ambitious goal to eventually send humans to the surface of the Moon and then Mars, I know that our incredible science and engineering team — the only in the world to have successfully landed spacecraft on the Martian surface — will do everything they can to successfully land InSight on the Red Planet."
InSight, the first mission to study the deep interior of Mars, blasted off from Vandenberg Air Force Base in Central California on May 5, 2018. It has been an uneventful flight to Mars, and engineers like it that way. They will get plenty of excitement when InSight hits the top of the Martian atmosphere at 12,300 mph (19,800 kph) and slows down to 5 mph (8 kph) — about human jogging speed — before its three legs touch down on Martian soil. That extreme deceleration has to happen in just under seven minutes. 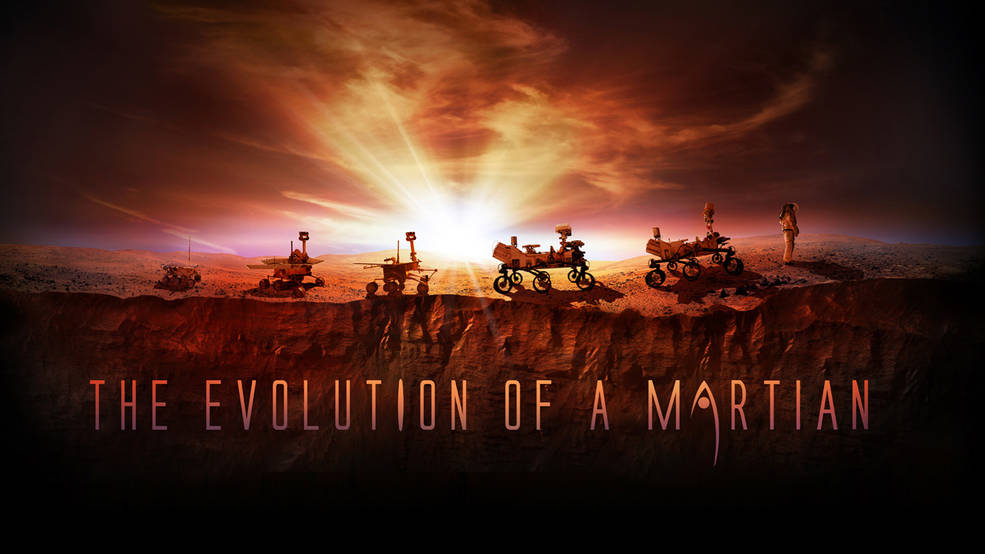 This artist's illustration shows NASA's four successful Mars rovers (from left to right): Sojourner, Spirit and Opportunity, and Curiosity. The image also shows the upcoming Mars 2020 rover and a human explorer.
Credits: NASA
"There's a reason engineers call landing on Mars 'seven minutes of terror,'" said Rob Grover, InSight's entry, descent and landing (EDL) lead, based at NASA's Jet Propulsion Laboratory in Pasadena, California. "We can't joystick the landing, so we have to rely on the commands we pre-program into the spacecraft. We've spent years testing our plans, learning from other Mars landings and studying all the conditions Mars can throw at us. And we're going to stay vigilant till InSight settles into its home in the Elysium Planitia region."
One way engineers may be able to confirm quickly what activities InSight has completed during those seven minutes of terror is if the experimental CubeSat mission known as Mars Cube One (MarCO) relays InSight data back to Earth in near-real time during their flyby on Nov. 26. The two MarCO spacecraft (A and B) are making good progress toward their rendezvous point, and their radios have already passed their first deep-space tests. 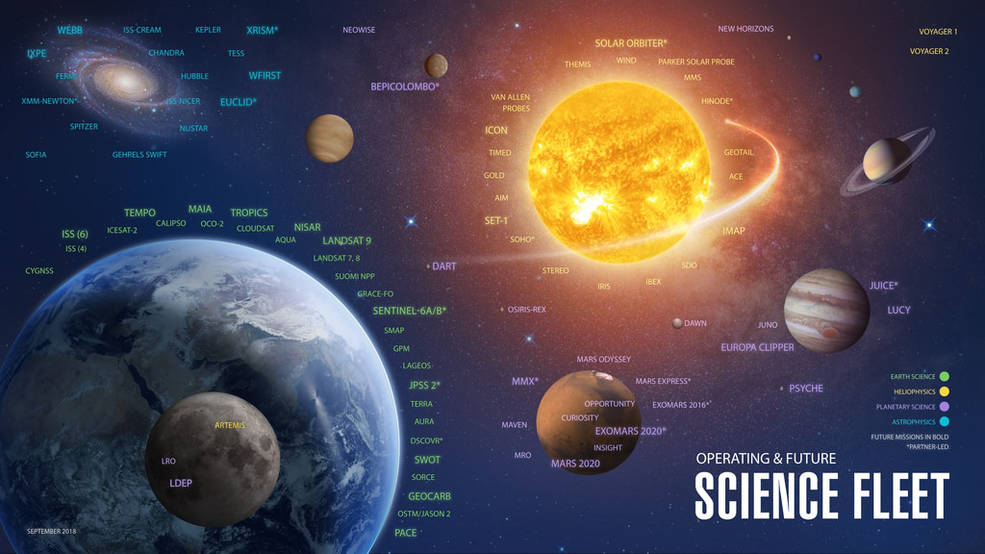 NASA Science missions circle Earth, the Sun, the Moon, Mars and many other destinations within our solar system, including spacecraft that look out even further into our universe. The Science Fleet depicts the scope of NASA's activity and how our missions have traveled throughout the solar system.
Credits: NASA/GSFC
"Just by surviving the trip so far, the two MarCO satellites have made a giant leap for CubeSats," said Anne Marinan, a MarCO systems engineer based at JPL. "And now we are gearing up for the MarCOs' next test — serving as a possible model for a new kind of interplanetary communications relay."
If all goes well, the MarCOs may take a few seconds to receive and format the data before sending it back to Earth at the speed of light. This would mean engineers at JPL and another team at Lockheed Martin Space in Denver would be able to tell what the lander did during EDL approximately eight minutes after InSight completes its activities. Without MarCO, InSight's team would need to wait several hours for engineering data to return via the primary communications pathways — relays through NASA's Mars Reconnaissance Orbiter and Mars Odyssey orbiter. 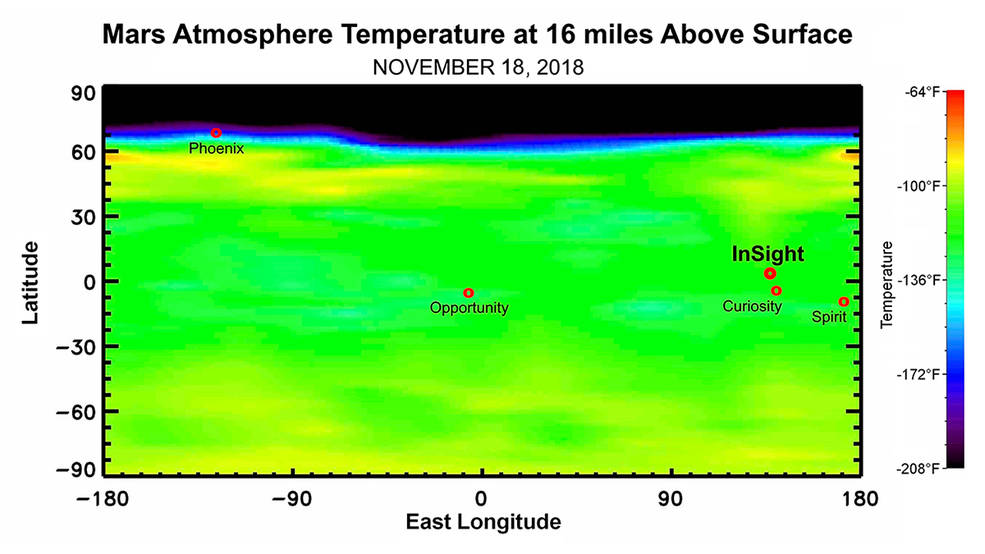 This map shows the temperature of the Martian atmosphere 16 miles above the surface. The data was taken on Nov. 18, 2018, about one week before NASA's InSight lander is scheduled to touchdown on the Martian surface. The temperature indicates to mission scientists the amount of dust activity in the atmosphere. The map shows a range of latitudes, with temperatures clearly dropping near the planet's north pole. The landing locations of various NASA Mars landers are shown for context.
Credits: NASA/JPL-Caltech
Once engineers know that the spacecraft has touched down safely in one of the several ways they have to confirm this milestone and that InSight's solar arrays have deployed properly, the team can settle into the careful, three-month-long process of deploying science instruments.
"Landing on Mars is exciting, but scientists are looking forward to the time after InSight lands," said Lori Glaze, acting director of the Planetary Science Division at NASA Headquarters. "Once InSight is settled on the Red Planet and its instruments are deployed, it will start collecting valuable information about the structure of Mars' deep interior — information that will help us understand the formation and evolution of all rocky planets, including the one we call home." 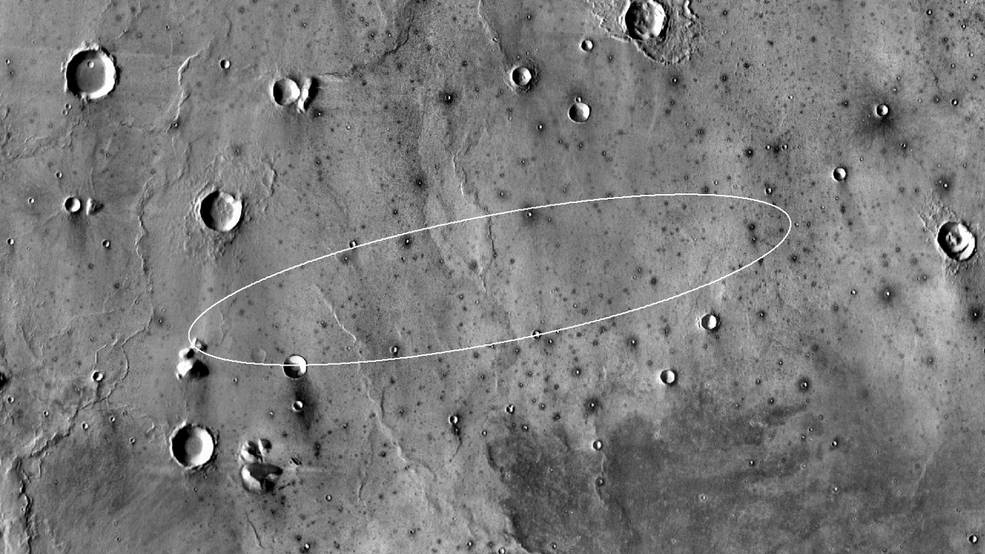 This image from the Mars Odyssey orbiter took this image of the target landing site for NASA's InSight lander.
Credits: NASA/JPL-Caltech/ASU
Full image and caption
JPL manages InSight for NASA's Science Mission Directorate. InSight is part of NASA's Discovery Program, managed by the agency's Marshall Space Flight Center in Huntsville, Alabama. Lockheed Martin Space in Denver built the InSight spacecraft, including its cruise stage and lander, and supports spacecraft operations for the mission. 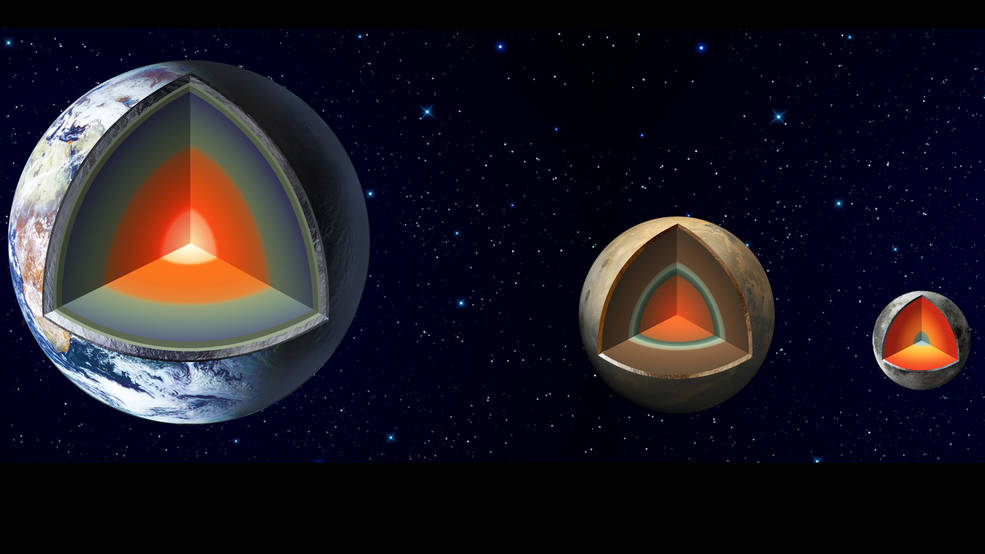 The artist's impression shows the major interior layers of Earth, Mars and the Moon.
Credits: NASA/JPL-Caltech
A number of European partners, including France's Centre National d'Études Spatiales (CNES) and the German Aerospace Center (DLR), are supporting the InSight mission. CNES provided the Seismic Experiment for Interior Structure (SEIS) instrument, with significant contributions from the Max Planck Institute for Solar System Research (MPS) in Germany, the Swiss Institute of Technology (ETH) in Switzerland, Imperial College and Oxford University in the United Kingdom, and JPL. DLR provided the Heat Flow and Physical Properties Package (HP3) instrument, with significant contributions from the Space Research Center (CBK) of the Polish Academy of Sciences and Astronika in Poland. Spain’s Centro de Astrobiología (CAB) supplied the wind sensors. 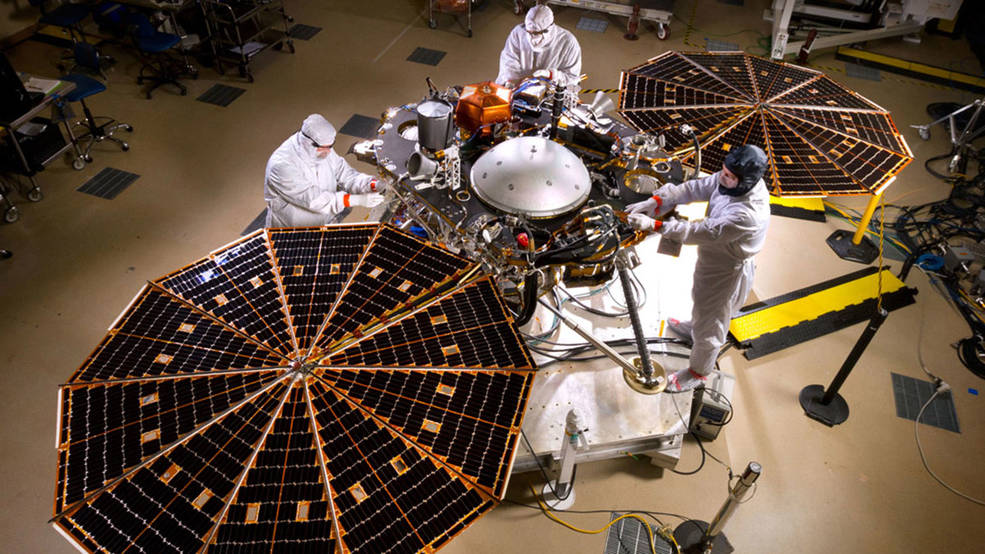