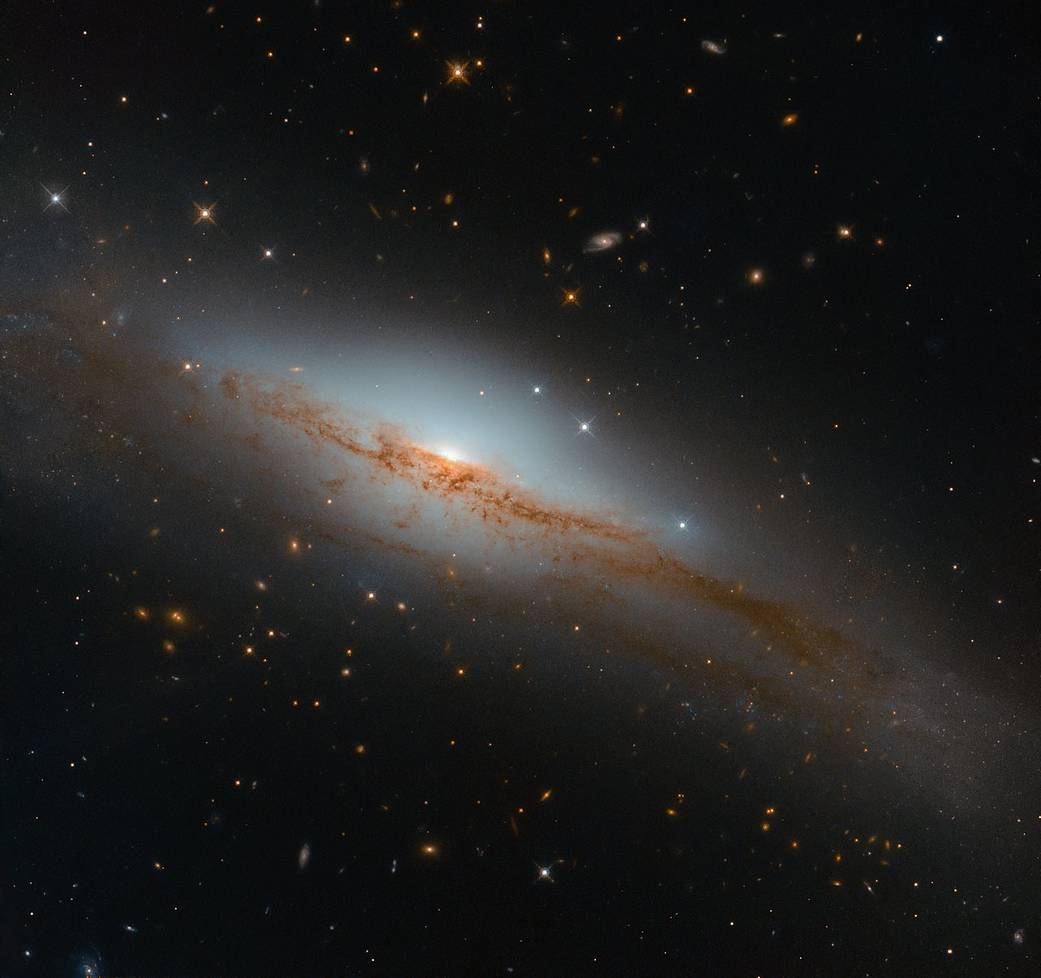 For this image, the NASA/ESA Hubble Space Telescope turned its powerful eye toward an emission-line galaxy called NGC 3749.
When astronomers explore the contents and constituent parts of a galaxy somewhere in the universe, they use various techniques and tools. One of these is to spread out the incoming light from that galaxy into a spectrum and explore its properties. This is done in much the same way as a glass prism spreads white light into its constituent wavelengths to create a rainbow. By hunting for specific signs of emission from various elements within a galaxy’s spectrum of light —so-called emission lines — or, conversely, the signs of absorption from other elements — so-called absorption lines — astronomers can start to deduce what might be happening within.
If a galaxy’s spectrum shows many absorption lines and few emission lines, this suggests that its star-forming material has been depleted and that its stars are mainly old, while the opposite suggests it might be bursting with star formation and energetic stellar newborns. This technique, known as spectroscopy, can tell us about a galaxy’s type and composition, the density and temperature of any emitting gas, the star formation rate, or how massive the galaxy’s central black hole might be.
While not all galaxies display strong emission lines, NGC 3749 does. It lies over 135 million light-years away and is moderately luminous. The galaxy has been used as a “control” in studies of especially active and luminous galaxies — those with centers known as active galactic nuclei, which emit copious amounts of intense radiation. In comparison to these active cousins, NGC 3749 is classified as inactive, and has no known signs of nuclear activity.Text credit: ESA (European Space Agency)Image credit: ESA/Hubble & NASA, D. Rosario et al.
Editor: Isabelle Yan
Publicado por salud equitativa en 7:25