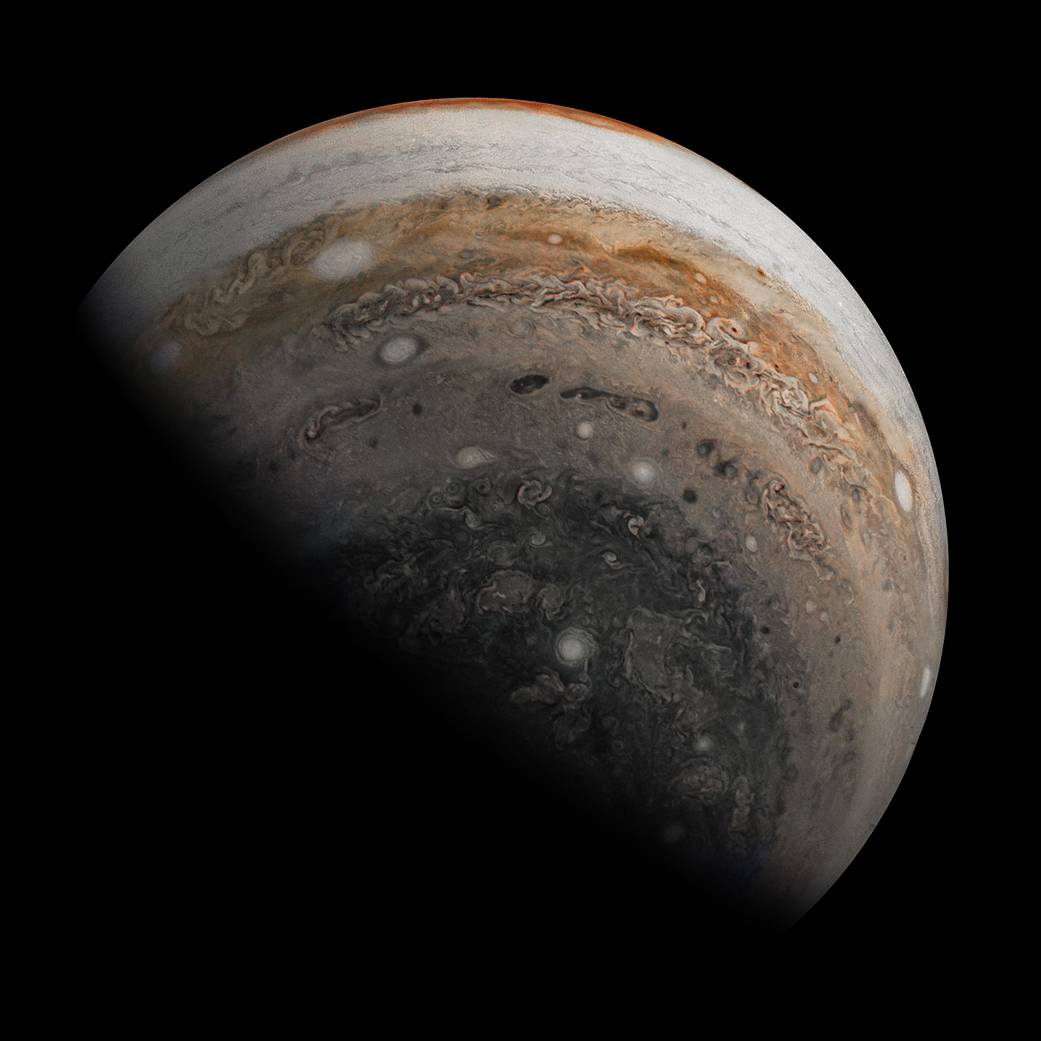 Just after its close flyby of Jupiter on Nov. 3, 2019, NASA's Juno spacecraft caught this striking view of Jupiter's southern hemisphere as the spacecraft sped away from the giant planet. This image captures massive cyclones near Jupiter's south pole, as well as the chaotic clouds of the folded filamentary region — the turbulent area between the orange band and the brownish polar region.
When this image was taken, Juno was traveling at about 85,000 mph (137,000 kilometers per hour) relative to the planet. A little more than an hour earlier — at the point of closest approach to the cloud tops — the spacecraft reached speeds relative to Jupiter in excess of 130,000 mph (209,000 kilometers per hour).
Citizen scientist Ali Abbasi created this image using data from the spacecraft's JunoCam imager. It was taken on Nov. 3, 2019, at 3:29 p.m. PST (6:29 p.m. EST) as Juno performed its 23rd close flyby of Jupiter. At the time the image was taken, the spacecraft was about 65,500 miles (104,600 kilometers) from the planet at a latitude of about -70 degrees.
JunoCam's raw images are available for the public to peruse and process into image products athttps://missionjuno.swri.edu/junocam/processing.
More information about Juno is at http://www.nasa.gov/juno and http://missionjuno.swri.edu.
Image data: NASA/JPL-Caltech/SwRI/MSSSImage processing by AliAbbasiPov, © CC BY
Editor: Sarah Loff
Publicado por salud equitativa en 4:35